The first reactions from the professional critics gush over The Mandalorian as “amazing” and “incredible.”  Therefore we know for certain that the show will, in fact, be shallow propagandist trash. 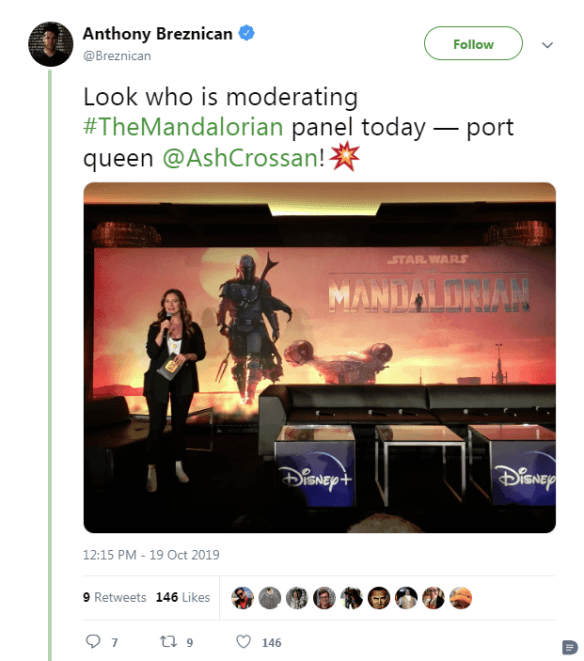 We’ve seen critics do this fairly recently with both the Joker movie and Rian Johnson’s Knives Out.  And critics are undoubtedly salivating over the chance to pan Ghostbusters 3, because of the manner in which it ditched the crappy Ghostbusters 2016 from the canon.  Remember, today’s Hollywood is populated by political activists rather than genuine artists.

Others are also now getting wise to this peculiar phenomenon. 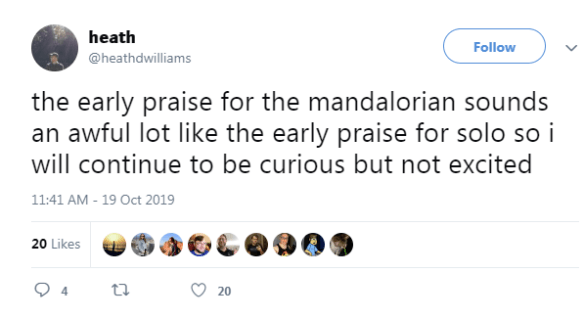 Steven Weintraub of Collider on The Mandalorian: 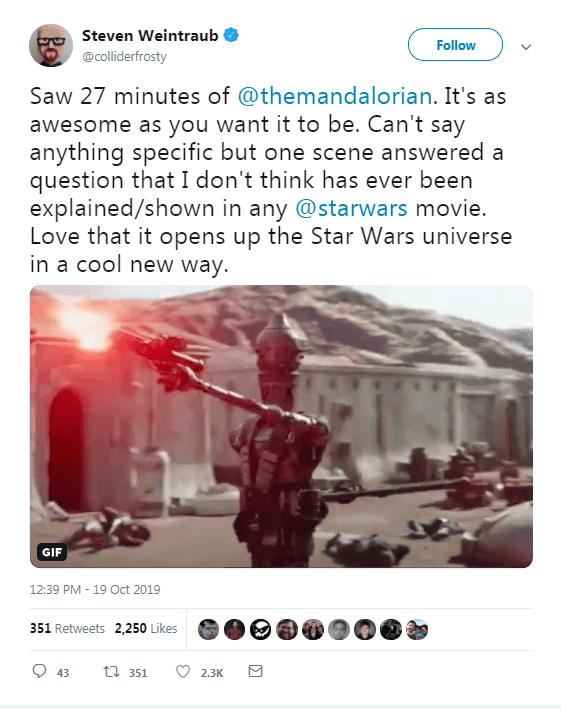 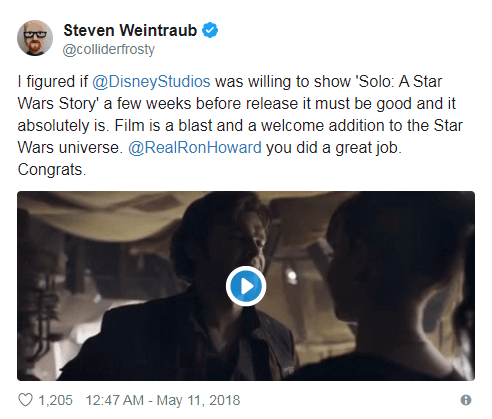 Steven Weintraub on The Last Jedi:

Mike Ryan, Senior Entertainment Writer at Uproxx, on The Mandalorian: 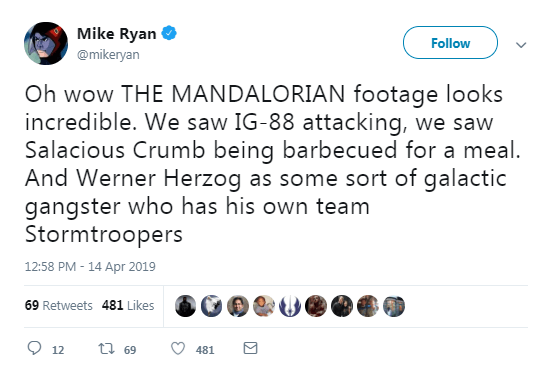 Mike Ryan on The Last Jedi:

Chris Taylor of Mashable on The Mandalorian:

In short, everything you might have wanted to see on screen in a Boba Fett movie, or any other Star Wars content about the scum-of-hive-and-villainy side of the galaxy, is here. And it has swagger.

“It’s good,” says Mashable’s Chris Taylor. “It’s sooo good.” He explains: “This is the grungiest, most grunt-level blue collar Star Wars ever and I am here for it.” Taylor says the movie will “surprise and delight you out of your seat.”

Chris Taylor on The Last Jedi:

Peter Sciretta of Slash Film on The Mandalorian:

Just saw almost 30 minutes of #TheMandalorian’s pilot episode. It feels like a thrilling return to the original trilogy era of Star Wars. It feels like a big scale movie, not a tv series. They are still keeping a lot of mystery with deliberate cuts in the footage.

The movie “feels surprisingly unlike any Star Wars movie before,” writes Peter Sciretta of Slash Film, “yet perfectly captures the tone, adventure, characters and humor of the Star Wars franchise.”

Peter Sciretta on The Last Jedi:

Star Wars: The Last Jedi left me speechless and shaken. I was not prepared for the “holy shit” shocking turn of events, the underlying emotion, the laugh-out-loud humor, the occasional ballsiness, and the bonkers weirdness. With Rian Johnson at the helm, I knew it was in good hands, but I was surprised to find it might be one of the best looking Star Wars films to date. It’s bold, it’s weird, it’s excellent.

You get the picture.  Won’t it be fun to play this game again in December with The Rise Of Skywalker