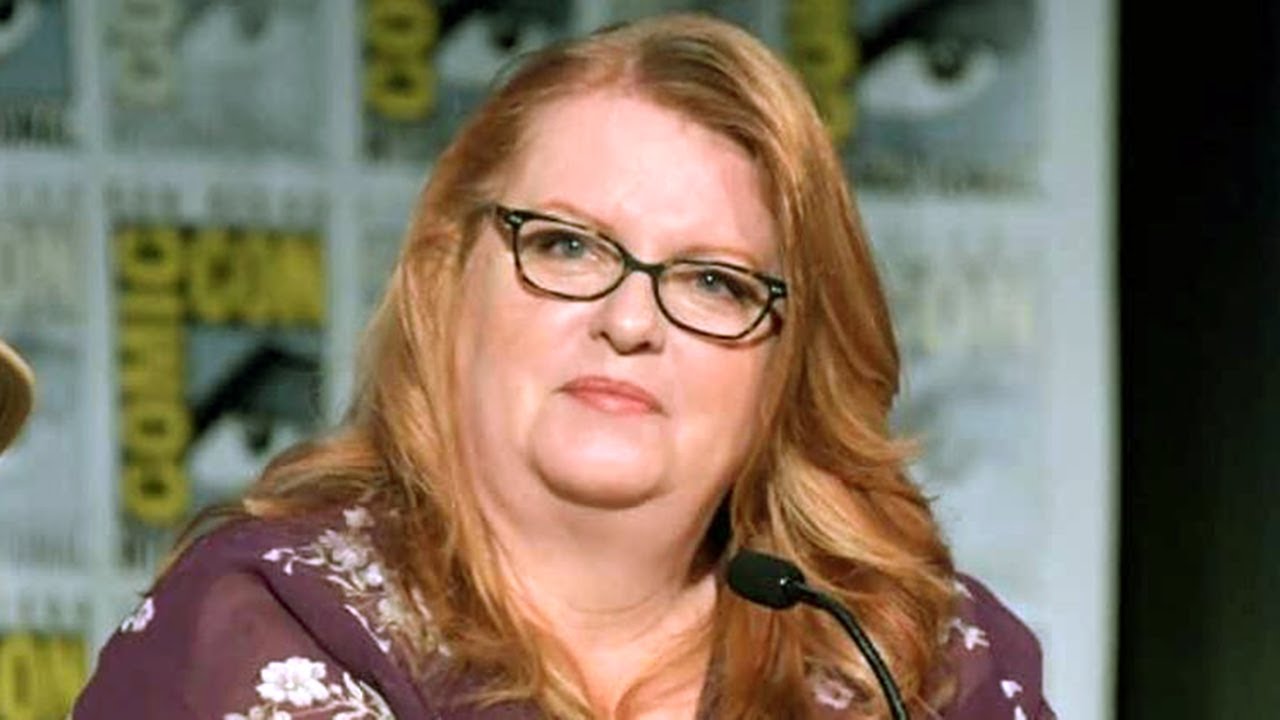 One of the most overrated writers still hanging around the medium announced she’s stopped working for Dynamite:

I believe a publisher can publish who they want. I believe if freelancers can make a choice what to do at that point. It’s a personal choice. And I believe almost every publisher has made mistakes, I know most freelancers have. I CERTAINLY have.

Somehow, I have a hard time believing she’s sincere about this.

But finding out all of these alleged connections was very disappointing to me. I know this is just going to end up being mocked on all sides, but when you have someone you care about and this happens, I really just can’t articulate how much it sucks.

Indeed, one thing’s certain: she’ll be ridiculed for associating with the company to start with, mainly because it’s entirely possible she knew about some of the relations with Comicsgate supporters, and only now, when others bring it up, does she follow suit.

I’ve read a bunch of people saying, “Oh, she doesn’t want to endanger her paycheck.”

I am not working with Dynamite and am not going forward with a charity book to benefit comics shops we talked about.

I worked at Dynamite because I liked the people, I love the characters, I always have fun there. They have routinely asked for more work than I can do.

It sucks, but it’s the truth.

And we don’t need her. She’s caused only so much trouble in her own way, is involved with a group of troublemakers on Facebook whose targets included Dynamite, that it’s clear already she’s more trouble than she’s worth to the industry. They’d be far better off without her around.

I haven’t spoken with Nick since all of this went down. First I was too upset and later, I didn’t really know what I could say. He’s called several times and I have put off answering just because even thinking about the whole situation is depressing and I don’t have any answers.

Nick did contact me today. We still haven’t spoken. But I do believe he’s heard a lot of what people here have had to say.

I don’t know any details beyond that.

This is fishy. It sounds more like she’s burning bridges with the publisher than reconciling differences. But that’s okay, because all she’s doing is making things worse, by confirming she cannot accept the company of conservatives. It’s not like she’s ever defended Chuck Dixon, after Dan DiDio fired him and got him almost entirely blacklisted over the past decade or so.

Trouble is, Dynamite’s management isn’t making things better when, as told in this biased Comics Beat entry, they issued a statement in desperate support of “diversity”, as if that’s going to help:

“Dynamite Entertainment is a partner in the fight for equality and inclusion. Our company was founded on these core values more than 15 years ago and they are essential to the creative process – the work of visionary artists and entrepreneurs – that we are passionate about. Intolerance has no place in our company or our industry. The impulse behind this brief association was that of helping a friend of many decades and his family, and not how that assistance could potentially affect our valued colleagues, partners, and friends. That association is behind us and this time has strengthened our resolve to continue working with the most diverse talent in creating the best comics possible.”

I’m afraid this is just as empty as the pathetic pledge from over a month ago, and only bends the knee to extremists. Including the Beat’s own writer, whose bias comes to the fore:

The statement still feels…off. The cover in question may have been the flashpoint for the backlash against Dynamite, but the publisher’s association with creators who also associate with c*micsgate has been going on for years, and it’s been alleged that Dynamite founder Nick Barrucci has been assisting them behind-the-scenes for years.

While their roster of creators does point to inclusion, their repeated associations with other comics professionals who are known to be against diversity, and to engage in targeted harassment campaigns to that effect, make it hard to reconcile where the publisher actually stands.

This is so boring as it’s repetitive of stuff we’ve heard before and was never literally proven. And all the while, leftists who made offensive statements receive more lenience. I’ve got a feeling this was all planned just to tear down the company because the SJWs decided Barrucci’s outfit outlived their usefulness. And I don’t think Dynamite had serious associations with Comicsgate supporters “for years”. This sounds more like another smear tactic in motion.

And Games Radar/Newsarama’s not being kind to them either when they say:

Stopping short of an apology, Dynamite Entertainment has issued a statement seemingly in response to being called out by fans and comic book professionals on social media for their association with self-described affiliates of Comicsgate.

In an unsigned statement that neither identifies Comicsgate by name nor any of the creators presumably involved, the comic book publisher founded by Nick Barrucci as an offshoot of Dynamic Forces defines itself as a “partner in the fight for equality and inclusion,” explains its association with the unnamed figure as “helping a friend of many decades and his family,” and announced the association is “behind us.”

It’s clear their writer isn’t willing to let it slide either, and if Dynamite goes the way IDW’s bound to be going, I’m sure they won’t regret it. Trouble is, Dynamite’s inability to just be quiet and not let all this get to them is bound to alienate some of the better people who’d supported them till now. If Dynamite’s business does collapse, that’ll be a shame, honestly. But attempting to please everyone is a strategy that simply doesn’t work well, and this divisive step could end things badly for them.