Dr. Seuss’ Own Estate Just Slapped Him in the Face 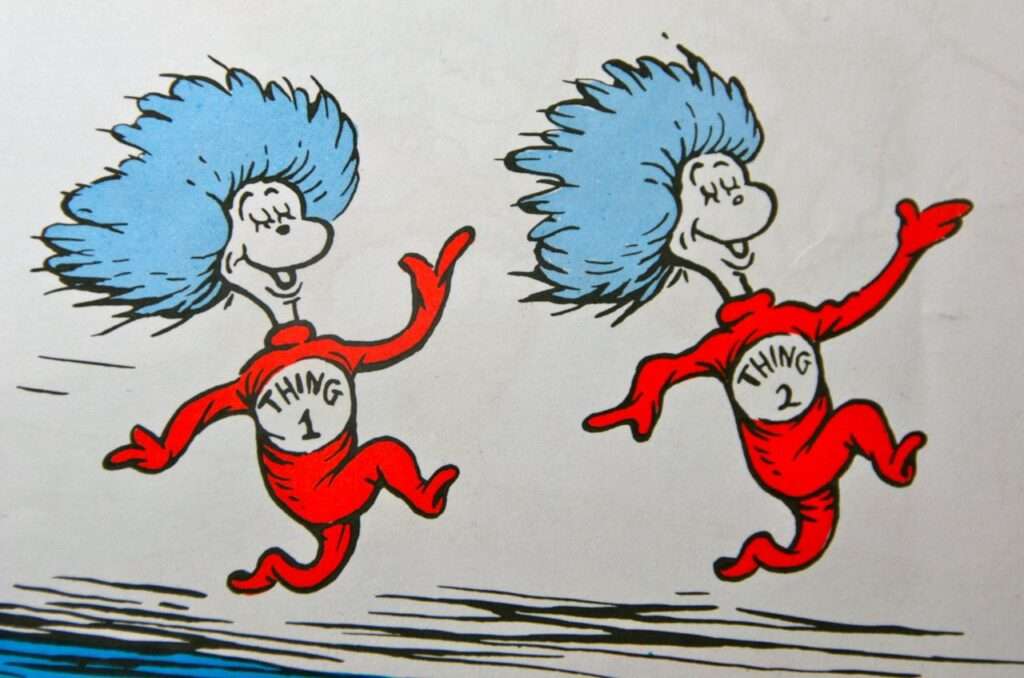 In news closely related to comics and cartooning, the company in charge of Dr. Theodor Seuss Geisel’s children’s books like Cat in the Hat – some of which were made into at least a handful of animated cartoons in past years – is going to stop publishing at least 6 of his works because of what they perceive as “racist imagery”. The AP Wire (via Breitbart) says:

Six Dr. Seuss books — including “And to Think That I Saw It on Mulberry Street” and “If I Ran the Zoo” — will stop being published because of racist and insensitive imagery, the business that preserves and protects the author’s legacy said Tuesday.

“These books portray people in ways that are hurtful and wrong,” Dr. Seuss Enterprises told The Associated Press in a statement that coincided with the late author and illustrator’s birthday.

“Ceasing sales of these books is only part of our commitment and our broader plan to ensure Dr. Seuss Enterprises’ catalog represents and supports all communities and families,” it said.

I just don’t see how this is being respectful to the cartoonist himself. He went to all that trouble in his time to craft those books, illustrations and cartoons, and this is how they thank him? What next, will the cartoons Disney filmed based on Lorax and Horton be declared unfit for viewing?

As adored as Dr. Seuss is by millions around the world for the positive values in many of his works, including environmentalism and tolerance, there has been increasing criticism in recent years over the way Blacks, Asians and others are drawn in some of his most beloved children’s books, as well as in his earlier advertising and propaganda illustrations.

Does this include his political cartoons critical of imperial Japan and German National Socialism? They may not actually say so, but it’s entirely possible steps like these are being made for serving as a cover for eventually banning Geisel’s anti-fascist cartoons as well.

“Research in recent years has revealed strong racial undertones in many books written/illustrated by Dr. Seuss,” the school district said in a statement.

In 2017, a school librarian in Cambridge, Massachusetts, criticized a gift of 10 Seuss books from first lady Melania Trump, saying many of his works were “steeped in racist propaganda, caricatures, and harmful stereotypes.” 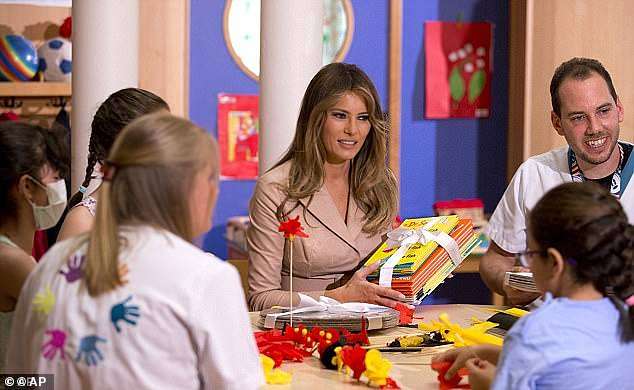 I wonder if this has something to do with the sudden shift? Very strange, since, as the Federalist notes, Barack and Michelle Obama once gave attention to Dr. Seuss, yet Joe Biden seems to have dropped the citations altogether for Reading Across America Day. I guess this is the left’s excuse now – if a conservative dares associate with these classics, they’ll seek to have them obliterated from popular culture. Besides, there were some white-like characters in the books who looked pretty goofily drawn themselves, so it’s not like the Black and Asian characters were the only ones. The animals’ design is also worth considering.

Numerous other popular children’s series have been criticized in recent years for alleged racism.

In the 2007 book, “Should We Burn Babar?,” the author and educator Herbert R. Kohl contended that the “Babar the Elephant” books were celebrations of colonialism because of how the title character leaves the jungle and later returns to “civilize” his fellow animals.

I don’t comprehend how they can be “colonialism” when it’s Jean deBrunhoff’s pachyderm hero himself who’s basically bringing back values he learned from the human world and encouraging the world of anthropomorphs in his fictional African country to emulate those beliefs in building a modern society for themselves. This is little more than a deliberate misinterpretation for the purpose of discouraging and shunning classic literature for the sake of much duller PC products of modern times. 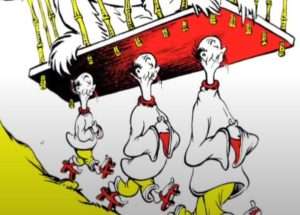 Of all the cancel culture tactics in the past decade, this is by far one of the most offensive betrayals of a scribe and cartoonist by the very foundation in charge of preserving his works. Especially considering he was on the good side, as the Jewish Press notes:

A champion of the rights of American Jews, Seuss himself experienced anti-Semitism when, in his college days, he was refused entry into certain circles because of a misperception that he was Jewish: “I had black hair and a long nose, and it took a year and a half before the word got out that I wasn’t [Jewish].”

In fact, Seuss was a practicing Lutheran who often spoke out in support of equal opportunity for Jews. As just one notable example, though he supported the establishment by the University of California of a local campus in his beloved La Jolla, where he maintained his mountaintop home, he sternly warned civic and church audiences that they could never develop a great university until they ceased discriminating against Jews, specifically with respect to home ownership.

I think it’s clear now why the left wants to get rid of this notable cartoonist’s works: because he cared about a certain community, and while not without flaws any more than anybody else, there were themes in his works representing all the left despises. So to them, he can no longer be allowed to serve American iconism.

It’s a terrible shame Dr. Seuss is the latest victim – 30 years to the time of his passing – of the PC insanity the modern left is veering for. This should not go unopposed, and anybody who cares should speak out and make clear to his estate and preserving company that this is simply not acceptable, no matter how questionable the illustrations in the specific books are. The schools rejecting his books now must be told the same.