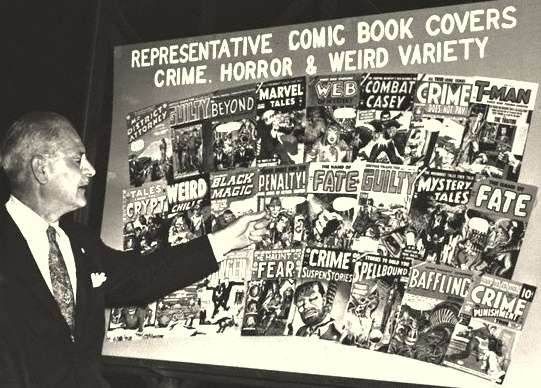 The Daily Breeze of southern California brought up the history of censorship in the 1950s following Fredric Wertham’s slapdash attack on comicdom, in another article that substitutes a focus on past mistakes for a look at modern ones:

Threats to the American way of life seemed to lurk around every corner in the 1950s.

Today’s topic posed a particularly pernicious danger: the corruption of America’s youth via crime- and horror-based comic books, which mushroomed in popularity in the early part of the decade.

Make no mistake, the comic books in question did portray scenes of crime, violence, gore and ghoulishness with unbridled enthusiasm, and should not have been allowed to be sold to young children. But their proliferation did spark what in retrospect seems like a classic overreaction among the arbiters of morals, common decency and good taste.

Oh, sure, of course that was pretty much the problem. But if you won’t take a good look at modern threats to American life, not the least being the crime situation in California proper, along with modern forms of censorship, what good does a history article like this do? 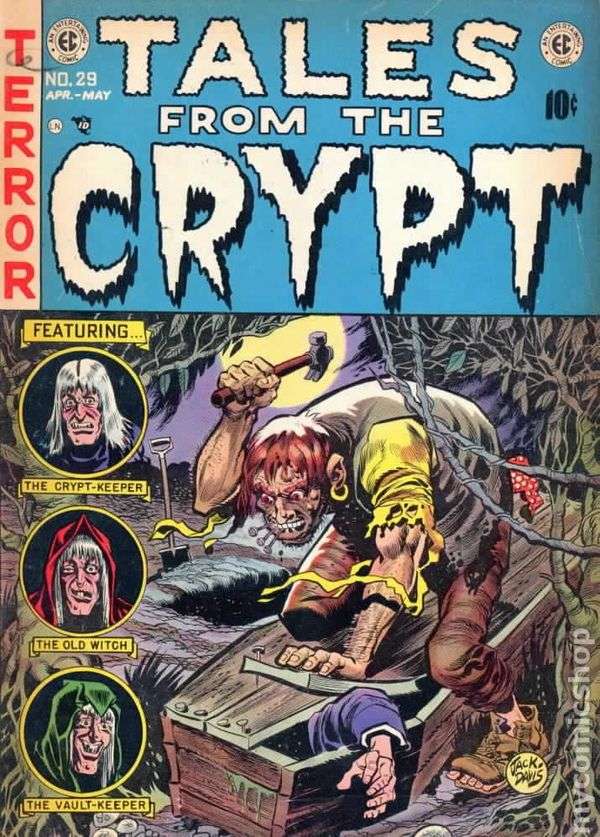 With the arrival of EC titles such as “The Crypt of Terror,” “The Vault of Horror,” “Tales From the Crypt” and “The Haunt of Fear” in 1950, the small company’s new direction became clear. And its comics grew in popularity among teens, who often passed the comics on to their younger siblings.

By April 1954, EC’s output had a high-enough visibility on the cultural landscape to attract the attention of Congress, specifically the U.S. Senate Subcommittee on Juvenile Delinquency, headed by Sen. Estes Kefauver. Time magazine estimated the horror comics constituted 25% of all comic book sales.

Looking for quick answers to a complicated social ill, the committee attempted to tie the postwar rise in delinquency to the influence of the lurid comics.

Kefauver relied heavily on testimony from Dr. Fredric Wertham, a psychiatrist who theorized that comics were responsible for juvenile delinquency, something he personally believed but did not back up with facts or relevant studies. His sensationalist November 1953 article in Ladies Home Journal, “What Parents Don’t Know About Comic Books,” fueled outrage, and the publication of his full-length book condemnation, “Seduction of the Innocent” (Farrar & Rinehart), in early 1954 further stoked the flames.

And today, there’s plenty of similar occurrences of leftists – the very movement Wertham was aligned with – doing the same online, and already, within less than a decade, they caused damage supreme. But these columnists, if leftist themselves, never question whether their own side has responsibility of any kind to shoulder.

The Senate hearings generated enormous publicity, enough to alarm parents nationwide. The scare was on, and local governments throughout the land took their cue from Kefauver.

The Los Angeles County Board of Supervisors banned the violent comics on Nov. 15, 1954. The South Bay beach cities of Manhattan, Hermosa and Redondo all had their own bans on horror comics in place by then.

Outrage grew in Torrance as well. The Torrance Herald joined in the fray in early November 1954, sending a reporter to discuss the comics with a sixth grade class at Riviera School; many of the students said they felt the books should be kept from kids their age.

After increasing pressure from local PTAs and other parent groups, Torrance Councilman Albert Isen, who would become mayor a year later, proposed an emergency ordinance banning the sale of such comics. The ban passed unanimously on Dec. 7, 1954. (Isen would go on to tout his role in local comics enforcement in his mayoral campaign ads well into the 1960s.)

Nationally, the comic book industry already had gotten the message and began scrambling to clean up its image. Mainstream publishers hastily formed the Comics Magazine Association of America and its Comics Code Authority subsidiary in September 1954. The latter group quickly issued its self-policing Comic Book Code a month later.

Its provisions explicitly prohibited just the kind of subject matter and graphic depictions that EC Comics and its imitators had become so successful in selling. The code, which put a postage stamp-like seal of approval on every non-violating comic book issued, essentially put EC out of business. 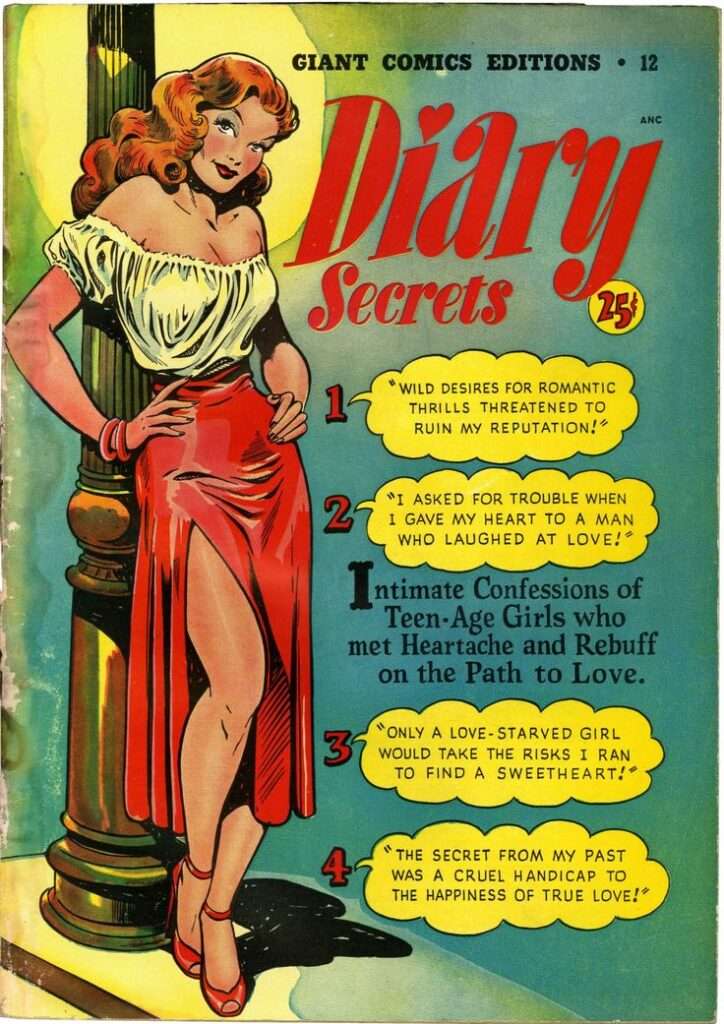 And that’s why Bill Gaines devoted more time to building up MAD Magazine instead. But I can’t help feel this article is far too devoted to the horror genre, with no comment made on the subject of sex in storytelling at all (or cheesecake illustrations, as the slang goes). Today, it’s certainly different, with far less objections to violent entertainment in much of society (and pretty amazing if any students of the past thought violence was a bad influence), yet sex is still considered something for which the book-burners should be brought about, in pure Fahrenheit 451 style. And that, honestly, doesn’t bode well for a healthy society.

Unless these columnists are willing to tackle the issues of sex, and whether anti-heterosexuality hysteria is a classic overreaction, it’d be better they don’t bother with these history articles, because if they can’t address the issues in a way that acknowledges the present/future and why these problems won’t be a thing of the past so easily, there’s no use in bringing them up.