Anyone Still Believe Bringing “Diversity” to Superheroes is “Overdue”?

CTV News wrote an atrociously gushy article about reports that an actress from Ontario was picked for the playing the role of Marvel’s most notorious propaganda vehicle in a TV adaptation:

In the wake of the news that a young actress from Markham, Ont., will be breaking down barriers in the world of superhero TV as Ms. Marvel, a Muslim superhero, local comic book fans are celebrating. […]

Rizvi is the daughter of Pakistani immigrants, just like Iman Vellani, the 18-year-old from Markham who’s been reportedly picked to play Ms. Marvel in a new Disney+ series, based on the breakthrough comic book character, Kamala Khan.

Deadline broke the news on Wednesday. Neither Disney or Marvel has officially confirmed the casting.

The character was first created in 2013, and was the first Muslim character to star in her own Marvel comic book. She has the power to alter her shape and size as Ms. Marvel, able to extend her arms and expand her fists to superhuman proportions in battle.

The upcoming show on Disney+ will mark the first time that she’s been portrayed by an actor in a TV show, although the character appeared recently as a central character in the Marvel Avengers video game that came out this month.

Andre Greenidge, one of the owners of Heroes World, says it’s all part of an overdue effort to add more diversity to the superhero universe.

Sorry, but if no Armenian characters have been created for mainstream, nor Cameroonians or Danish, then no convincing diversity to be seen here. But one has to wonder how they feel now that some of Marvel’s SJW panderings for diversity points, like Bruce Banner being replaced as the Hulk by an Asian cast member making stereotypical comments like “totally awesome Hulk”, and Jane Foster replacing Thor in his role, have been abandoned, as it became clear the phantom audience they were trying to cater to wasn’t buying, and real Marvel/DC fans were becoming alienated? 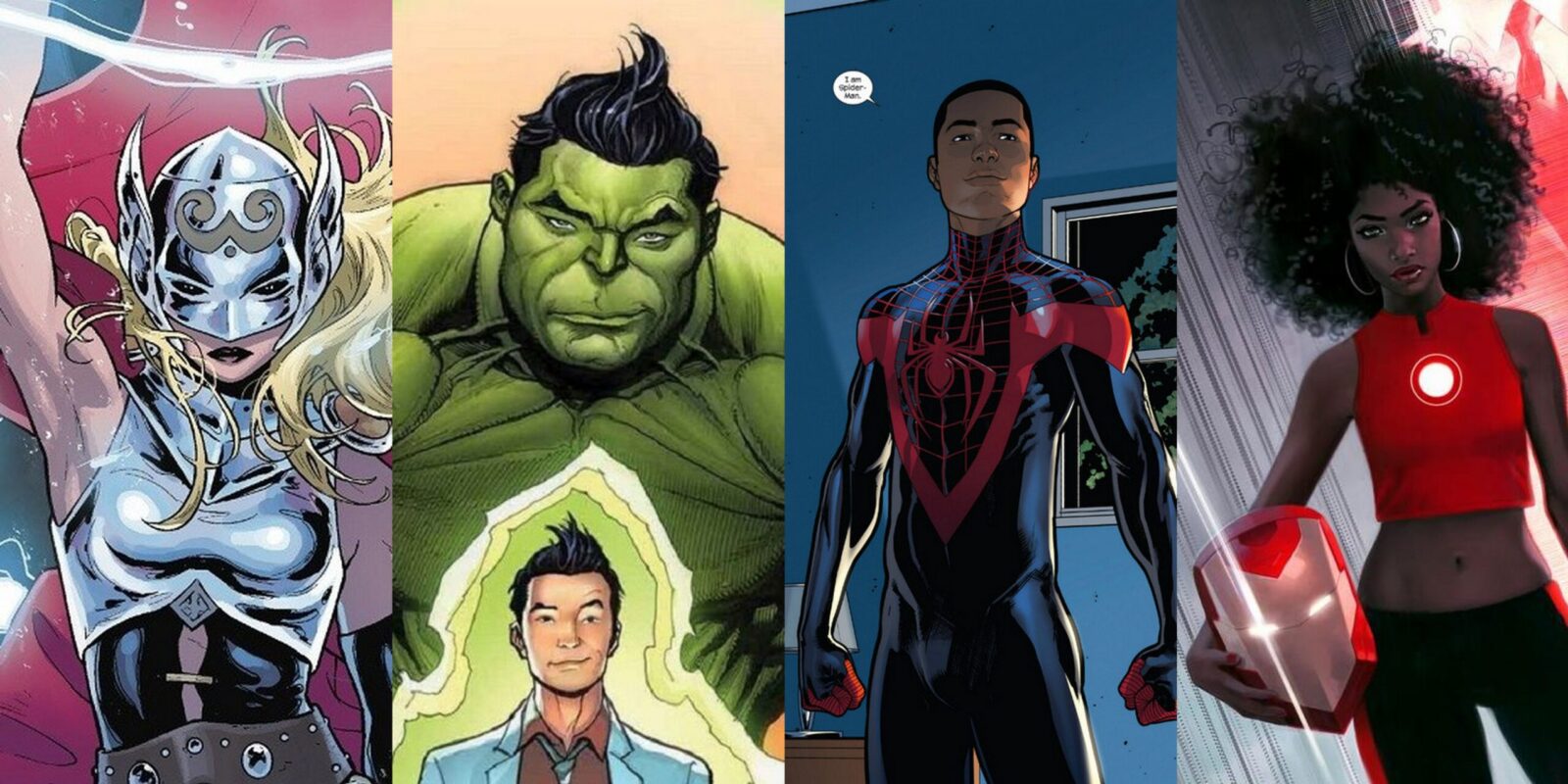 Worth remembering that DC’s attempts to forcibly replace the Atom with an Asian protagonist, Firestorm with a Black protagonist, and Blue Beetle with a Latino protagonist in the late 2000s, didn’t work either, even as they seem adamant on keeping some of those changes in place and kicking the original white players in the roles to the curb.

As the Marvel on-screen universe expands, it’s looking more and more like the real one.

What “real one”? The Marvel universe hasn’t been Marvel for a long, long time. It all collapsed by the mid-2000s. You had Brian Bendis shoehorning Wolverine and Spider-Man into the Avengers even if it didn’t coincide with what was going on in the X-Men and Spidey’s solo books proper, and one can only wonder what the people fawning over all this contrived diversity think of Joe Quesada’s elimination of the Spider-marriage in 2007? Why, what do they think of a plausibly built relationship between the Wally West Flash and an Asian woman being kicked to the curb by the early 2010s, all because Dan DiDio wanted to forcibly reboot the whole DCU into a whole pointless mishmash? (Obviously, the DCU hasn’t been DC for a long time either.) Their lack of interest in the kind of diversity Linda Park represented is proof they’re not really interested in diversity, but in ideology, as embodied by the Muslim Ms. Marvel.

Atop all that, these don’t sound like people who actually read the MCU for entertainment value, or they’d be talking about how glad they are Mary Jane Watson was at least brought halfway back into Spider-Man’s world. These are just ideologues fulfilling the MSM’s hopes of finding a PC narrative they can milk for all it’s worth.