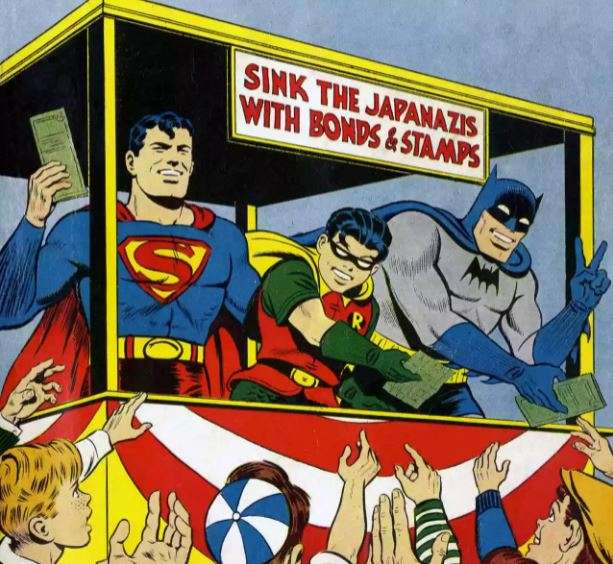 JSTOR Daily has a history item talking about a war writers’ board that shaped the vision of adventure comics during the 2nd world war and the Golden Age. It begins by putting words in the audience’s mouth, in a manner of speaking:

As new movies and shows continually expand the Marvel Cinematic Universe, many fans are concerned with how they represent a range of human experiences, along lines of race, gender, and sexuality, among others. That might seem like a distinctly twenty-first century thing, but the representation of groups of people was important to comic properties from the very beginning. As historian Paul Hirsch writes, it’s something the US government took very seriously during World War II, when the Writers’ War Board (WWB) shaped comic books’ depiction of ethnic and racial groups. 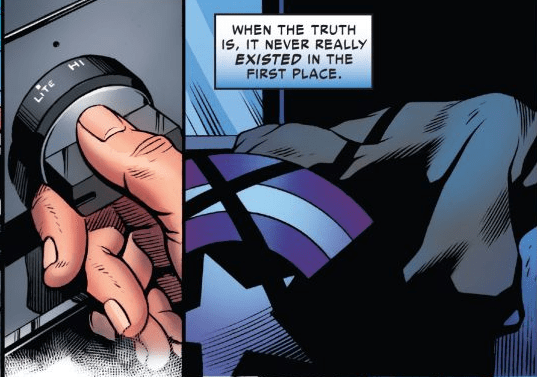 But nobody’s concerned about story value, huh? Always absent from these puff pieces, alas. With the Marvel film franchise looking more like it’ll pander to left-wing social justice ideology, some people may just as well be waking up and realizing the time’s come to bail on it for a change. But predictably, this site won’t get into any of that.

Created in 1942, the WWB was technically a private organization. But, Hirsch writes, it was funded through the federal Office of War Information and essentially operated as a government agency. It worked to avoid heavy-handed propaganda, instead finding ways to place messages in popular media, including comic books. Major comic book publishers agreed to create stories based on input from the board’s Comics Committee. Many comic book writers and illustrators were eager to use their platform in the fight against fascism, but the board helped shape what that looked like.

The WWB saw race hatred at home as a threat to the nation’s ability to wage war abroad. With its encouragement, major comic titles ran stories celebrating Black fighter pilots and confronting the horrors of lynching.

And the stories about Black pilots and combatting racism were the plus side of this history. At the time, comicdom was addressing valid issues, and above all, as a reflection of the times. Ironically, if such boards exist today, they really do work to avoid “heavy handed propaganda”, no matter how valid it could be by contrast, such as modern issues with anti-white racism, Islamic terrorism (whose foremost perpetrators are mainly white/Caucasian), and even anti-conservative positions. Now, here’s where things get peculiar:

But when it came to US enemies abroad, the board consciously stoked Americans’ hatred. Before 1944, comic book writers and illustrators used Nazis as villains but sometimes depicted ordinary Germans as decent people. Starting in late 1944, the WWB called for them to change their approach.

“Fearing that comics treated America’s enemies too lightly, the board encouraged very specific hatreds based on race and ethnicity to build support for the increasingly brutal U.S. policy of total war,” Hirsch writes. 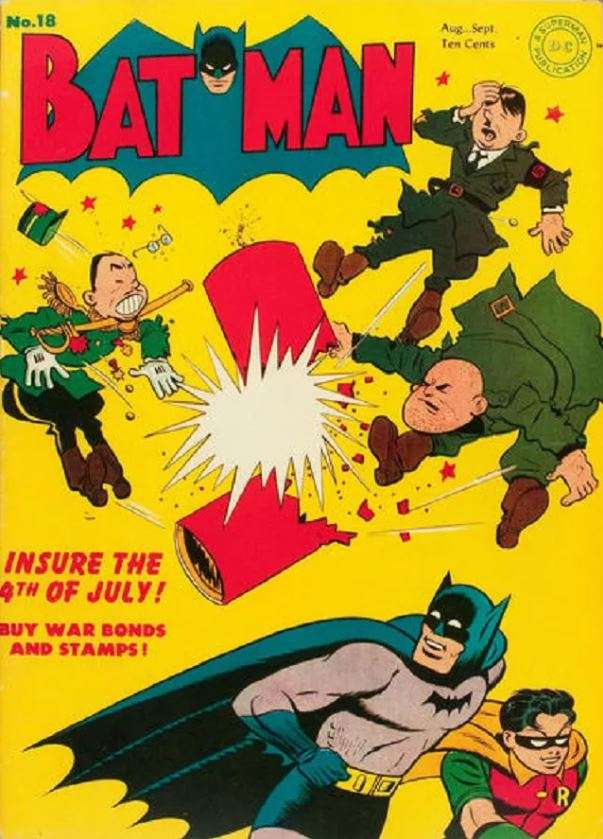 Really, you don’t say! So it’s not based on ideology at all? If anything, this is annoying in how it takes a politically correct viewpoint to how warfare – psychological or otherwise – should be conducted. Did it ever occur to them that, depending on the situation, it was a case of being outraged at what foreign enemies were doing, not hatred per se? And as noted, there were German characters who were depicted as more law-abiding.

When DC Comics gave the board an early draft of one story about Nazism, it insisted on changes.

“The emphasis on leaders who tricked their people into war strikes entirely the wrong note for the board’s point of view,” WWB executive secretary Frederica Barach wrote. “Emphasis should be rather that the people were willing dupes, and easily sold on a program of aggression.”

Hirsch writes that the final version depicted Germans as a people who consistently embraced aggression and violence across the centuries.

Well if you looked at history, there was unfortunately precedence for justifying this, since the ancient Germanic tribes and their Viking counterparts were warmongers, and the Germans were collaborating with the Islamic Ottoman empire in Turkey during WW1, which led to the lethal tragedy that befell Armenian population in the early 20th century, usually called Medz Yeghern in the Armenian language. The UK Guardian says a considerable amount of the German population knew about the horrors of the Holocaust during WW2. On the US homefront, one of the worst examples of collaborators was Henry Ford. And in Europe, Poland’s had serious problems with Nazi collaborators too, even going so far as to cover for them today. Oddly enough, countries like Poland may never have been a focus of these stories; only Germany really seemed be the subject of study here.

When it came to Japan, the WWB’s concerns were different. Since the 1930s, comic books had alternately depicted Japanese people as either powerful monsters or incompetent subhumans. The board worried this would create false expectations for an easy American victory in the Pacific.

“The comics are drumming up a lot of hate for the enemy, but usually for the wrong reasons—frequently fantastic ones (mad Jap scientists, etc.),” one board member wrote. “Why not use the real reasons—they’re plenty worthy of hate!”

While the board’s concerns were very different from the ones Marvel fans have today, what they have in common is a belief that pop culture can powerfully shape Americans’ attitudes.

The problem is that today, none of these propagandists are willing to acknowledge the Islamic religion’s belief in jihadism, and any board of story supervisors today exists solely for “cultural sensitivity”, which really means to shut out any and all challenging viewpoints because belief systems built on warmongering and barbarism are something the public’s not allowed to know about. Such PC approaches have also affected how China is viewed today, wherein you cannot take an objective viewpoint of their communist structure and the lives it cost. In the past, Japan’s atrocities against the Chinese populace in the Rape of Nanking and Pearl Harbor in the USA have been spoken of, but China’s wrongdoings since the time Mao Zedong was in charge have been almost completely obscured, in contrast to Russia’s as a communist country. And Marvel is no exception to this PC mentality as of today, seeing how a few of their movies may have been specially edited for screening in China. 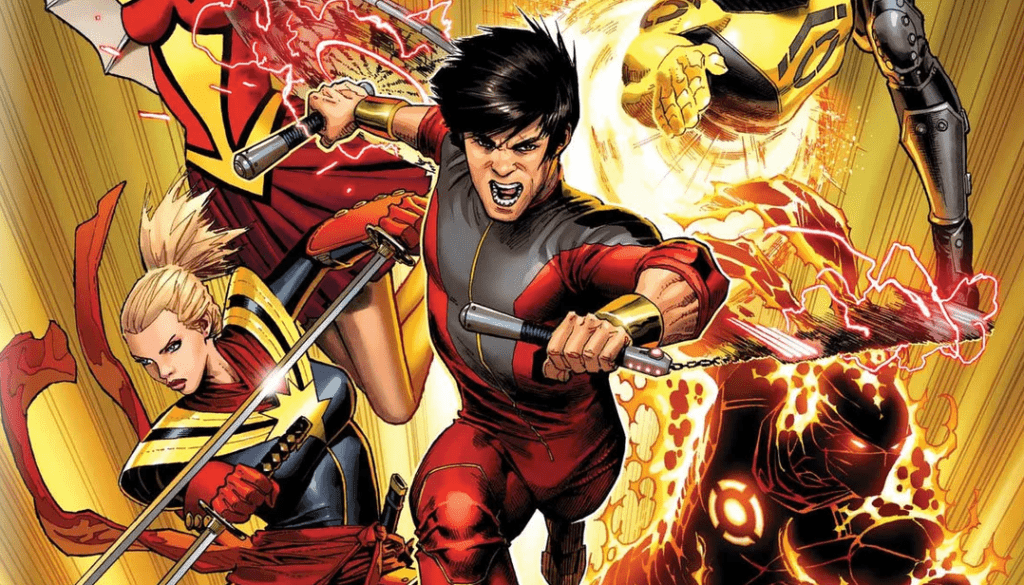 As a result, it gets to the point where you wonder what is the use of these history articles, when they won’t delve into whether modern comics are living up to the best parts of their 20th century precursors, and whether the publishers are caving to political correctness. Exactly the reason why many past horrors are bound to occur again one day.