Diversity Devours Hollywood: It’s No Longer About the Money 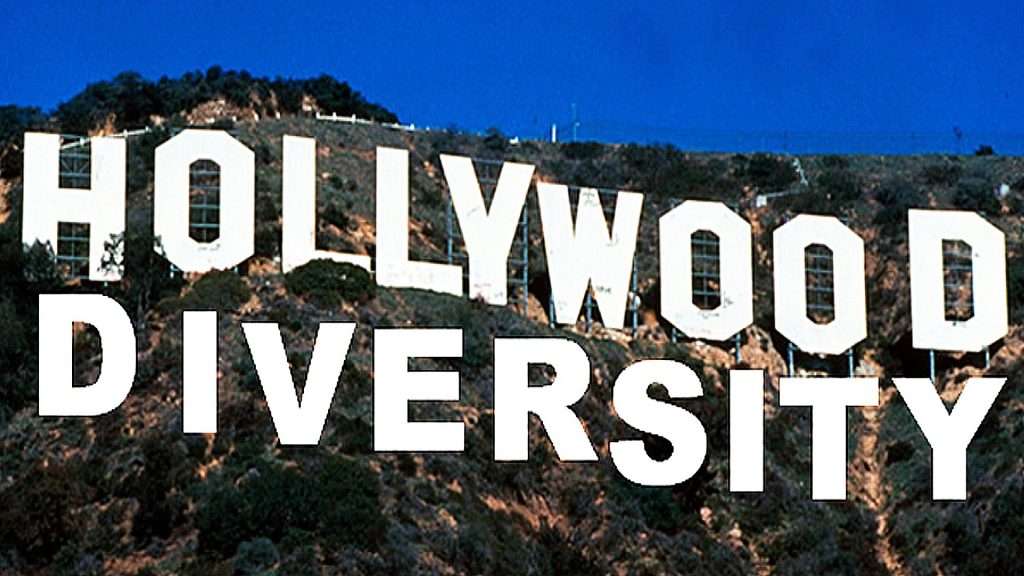 But like a snake eating its own tail, the film industry’s autophagy (“self-eating”) can go on indefinitely.

The Academy of Motion Pictures Arts & Sciences—the industry’s central nervous system—had been founded in 1927, and now it had 8,469 voting members. It had tried over the years, and especially since Donald Trump’s election, to catch up with the zeitgeist, inviting into its ranks a record number of new members who were black, Latino, women or foreign-born.

Later on, a source quoted in the article makes the shopworn claim that Hollywood’s diversity worship has a money motive. When we get there, keep the above excerpt in mind. The film industry defines “the zeitgeist” with the Death Cult and is not just willing, but eager, to cut out the other 75 percent of the country.

But that wasn’t going to cut it any longer.

So, in September 2020, the Academy launched its Representation and Inclusion Standards Entry platform (or RAISE). For a movie to qualify for Best Picture, producers not only had to register detailed personal information about everyone involved in the making of that movie, but the movie had to meet two of the Academy’s four diversity standards—touching on everything from on-screen representation to creative leadership. (An Academy spokesperson said “only select staff” would have access to data collected on the platform.)

The Academy explained that movies failing to meet these standards would not be barred from qualifying for Best Picture until 2024. But producers are already complying: In 2020, data from 366 productions were submitted to the platform.

Meanwhile, CBS mandated that writers’ rooms be at least 40 percent black, indigenous and people of color (or BIPOC) for the 2021-2022 broadcast season and 50 percent for the 2022-2023 season. ABC Entertainment issued a detailed series of “inclusion standards.” (“I guarantee you every studio has something like that,” a longtime writer and director said.)

To help producers meet the new standards, the filmmaker Ava DuVernay—who was recently added to Forbes’ list of “The Most Powerful Women in Entertainment” along with Oprah Winfrey and Taylor Swift—last year created ARRAY Crew, a database of women, people of color, and others from underrepresented groups who work on day-to-day production: line producers, camera operators, art directors, sound mixers and so on. The Hollywood Reporter declared that ARRAY Crew has “fundamentally changed how Hollywood productions will be staffed going forward.”

More than 900 productions, including “Yellowstone” and “Mare of Easttown,” have used ARRAY Crew, said Jeffrey Tobler, the chief marketing officer of ARRAY, DuVernay’s production company. Privately, directors and writers voiced irritation with DuVernay, who, they said, had exploited the “post-George Floyd moment.” But no one dared to criticize her openly. “I’m not crazy,” one screenwriter said.

He might not be crazy, but handing over cast and crew hiring to hysterical cultists is. Despite the temporary easing of government medical tyranny last year, Hollywood’s box office take remained below 1992 levels. Cape flicks fueled by mostly white Pop Cultists took pride of place, while diversity stunts flopped.

The point can’t be overstated: It’s not about the money.

But the result has not just been a demographic change. It has been an ideological and cultural transformation. We spoke to more than 25 writers, directors, and producers—all of whom identify as liberal, and all of whom described a pervasive fear of running afoul of the new dogma. This was the case not just among the high command at companies like Netflix, Amazon, and Hulu, but at every level of production.

Anyone who still thinks you can have a demographic change without a simultaneous ideological and cultural transformation is either stupid or willfully ignorant.

How to survive the revolution? By becoming its most ardent supporter. “Best way to defend yourself against the woke is to out-woke everyone, including the woke,” one writer said. Suddenly, every conversation with every agent or head of content started with: Is anyone BIPOC attached to this?

The old-timers accustomed to being on the inside—and the (non-BIPOC) up-and-comers afraid they’d never get there—were one-part confused, one-part angry, and 10,000-parts scared.

“Everyone has gone so underground with their true feelings about things,” said Mike White, the writer and director behind the hit HBO comedy-drama “The White Lotus.” “If you voice things in a certain way it can really have negative repercussions for you, and people can presume that you could be racist, or you could be seen as misogynist.”

Howard Koch, who has been involved in the production of more than 60 movies, including such classics as “Chinatown” and “Marathon Man,” and is the former president of the Academy of Motion Pictures Arts & Sciences, said: “I’m all for LGBT and Native Americans, blacks, females, whatever minorities that have not been served correctly in the making of content, whether it’s television or movies or whatever, but I think it’s gone too far. I know a lot of very talented people that can’t get work because they’re not black, Native American, female or LGBTQ.”

One can be pardoned for indulging in schadenfreude over Boomers who subverted cinema cowering in fear of the golem they made. Koch’s “I’m all for X level of degeneracy and racial vengeance, but Y is going too far!” is indistinguishable from the impotent bleating of your average FOX News bow tie-Con. 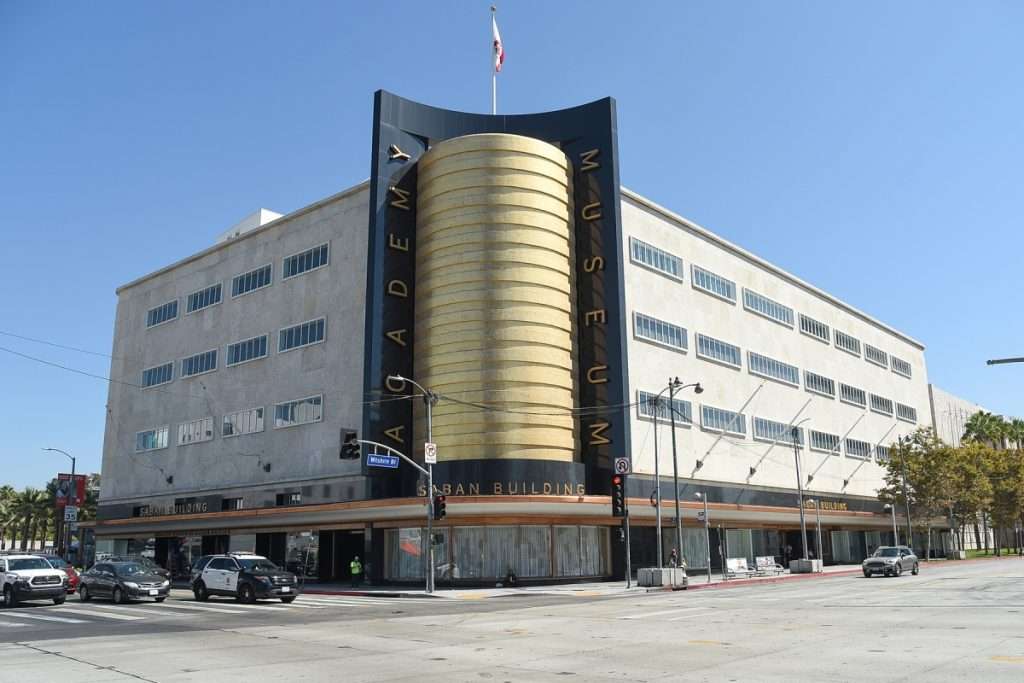 Although one Hollywood group isn’t so impotent when it comes to having their grievances redressed. Let’s look at the recent Academy Museum of Motion Pictures controversy.

But, oddly, it’s missing any mention of the small band of mostly Jewish emigres from Eastern Europe, who created the film industry. The people without whom there would be no entertainment industry.

In today’s climate—in which inclusion and diversity are said to be so important—it was an especially ironic omission: The Jews were excluded from almost everywhere. Their success signaled the inclusivity and possibility that only Hollywood could afford them. The rise of the industry’s founding fathers should have been an inspiring origin story around which everyone in the community could rally. The link between then and now seemed obvious.

Most of the media that reported on the museum missed this. (Sharon Rosen Leib, writing in the Jewish newspaper The Forward, did not.) It was as if they wanted to pretend that huge chunks of Hollywood’s past hadn’t been airbrushed out.

Hollywood’s response to straight, white men who complain of discrimination is to brand them heretics against the Cult. What happens when “fellow whites” lodge similar complaints?

Howard Koch, who ran the Academy when it greenlit the museum, said the museum’s higher-ups had been made aware of their oversight. “Let me say that that wrong will be righted very soon,” he said. (This appears to be a six-week program on Jewish, Austrian emigres who fled the Nazis to make movies in Hollywood.)

An honest look at working conditions in the movie industry reveals a single group that’s expected to take brazen discrimination, foot the bill for everything, and keep their mouths shut. There’s no other name for those practices than anti-white hatred. 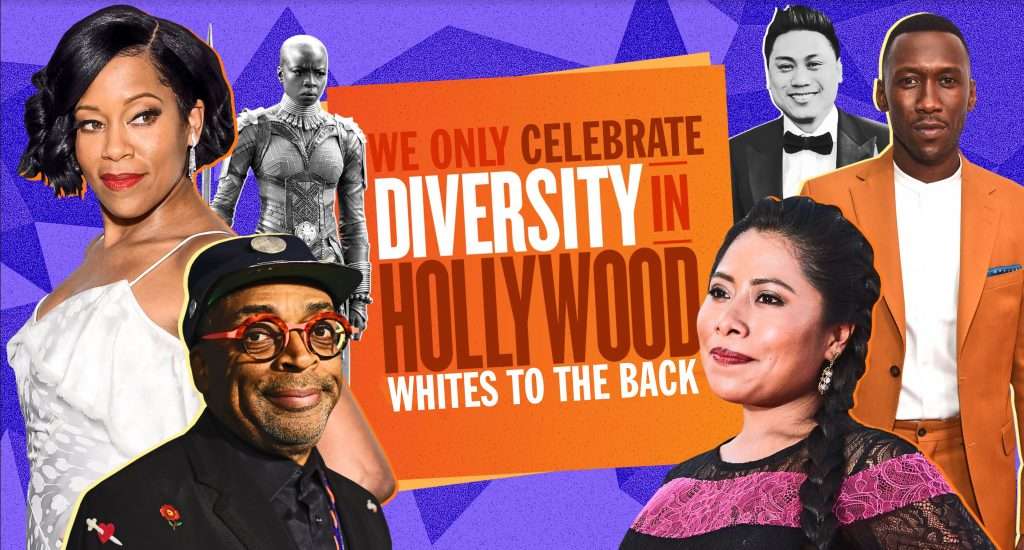 Kevin Parker, a black talent manager at Artists First, said the skeptics miss the point. “This whole diversity thing—it’s about money,” Parker said. Artists First represents some of the most successful black people in Hollywood, including Jordan Peele, Tiffany Haddish, Regina Hall, Kenya Barris, the creator of “Black-ish,” and Marshall Todd, a co-creator of “Woke.” Recently, the firm moved from its old digs, in Beverly Hills, to a bigger office in Century City. “It’s good business to tell more stories from different perspectives, and that’s all this really is,” Parker said.

Of course, Parker’s spiel is all nonsense. If diversity were good for business, China wouldn’t be eating Hollywood’s lunch.

But contra the cockeyed optimist Conservative crowd, getting woke will not make Hollywood go broke. Enough of them saw the latest capeshit skinsuit to break records. Plus, the studios’ ownership of Big Brand X IPs means they can get all the loans they want indefinitely. Hollywood is now given over to fanatics whose one job is to desecrate the icons of Christendom and replace them with profane idols to themselves.

At this point, reasoned argument with Pop Cult paypigs has already borne its essential fruit. We have demonstrated beyond doubt that the manufacturers of pop culture hate their audience. The Doctors of the Church have written that, when reason fails, ridicule is a morally acceptable means of fraternal correction. We must now shame the paypigs to save them from themselves.