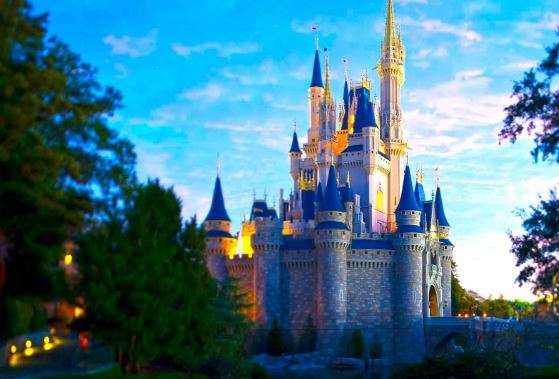 A writer at Front Page Magazine’s spoken about Disney Studios’ dismal descent into woke propaganda, a most far cry from the family friendly image they once retained. And on the topic of Lightyear, which has fared pretty poorly:

In a PG-rated product the MPAA says some material “may not be suitable for children. Parents urged to give ‘parental guidance.’ May contain some material parents might not like for their young children.”

The MPAA doesn’t say whether the on-screen kiss between two gay cartoon women in “Lightyear” is something an unwoke parent or grandparent might not want to have to explain to a 6-year-old.

But the kiss – which has caused Disney a lot of grief and given “Lightyear” a lot of free publicity – has become the latest example of how corporate wokeism is spoiling our culture.

Conservative pundits and many parents are complaining that “Lightyear,” which is the “origin story” of “Toy Story” character Buzz Lightyear, has been politicized by a cell of LGBTQ propagandists working at Disney.

The kissing scene was originally cut from “Lightyear” but was then reinstated after Disney and Florida Gov. Ron DeSantis had a feud over Florida’s “don’t say gay” bill, which banned public schools from discussing sexual orientation and gender identity in grades K-3.

It’s satisfying to see that Disney’s creepy propagandizing is causing it financial pain at the box office, here and overseas.

“Lightyear’s” opening weekend in the United States was a critical and financial bust for a movie that cost $200 million to make. And that’s surely for the animation technology and voice acting alone. It doubtless cost nearly double the amount for marketing and advertising, so you can see why it’ll take years for it to break even in sales, if at all. So Disney went miles out of their way to make a political statement, resulting in a box office embarrassment, just so they could appease a bunch of propagandists working for their company, and now, look where else it’s getting them:

Because of the gay kiss, about 15 Muslim countries have banned it so far, and China – a major market for Disney – reportedly has asked Disney to cut the scene before allowing it into the country.

And you don’t hear any of the woke western advocates complaining about that. For them, it’s only in western countries like the USA where this propaganda matters. All for the sake of driving down morale.

Breitbart says comedian Tim Allen, the original voice for Buzz Lightyear in the Toy Story series, also took issue with the directions Disney’s been going in, effectively hurting the astronaut for the sake of wokeism:

Tim Allen slammed Disney’s box office bomb Lightyear after he was replaced with actor Chris Evans. “It has no relationship to Buzz,” Allen said. The Disney-Pixar film ended up flopping in its opening weekend.

“I’ve stayed out of this,” Allen, who had previously voiced Buzz in all four of the original Toy Story films, told Extra. “We talked about this many years ago — but the brass that did the first four movies is not this, it’s a whole new team that really had nothing to do with the first movies.” […]

Not everyone agreed with the film’s casting, such as actress Patricia Heaton, who blasted Disney-Pixar over its decision to replace Allen with Evans, asking “Why would they completely castrate” the Buzz Lightyear character?

Some Toy Story fans speculated whether Allen was replaced with Evans due to his conservative beliefs.

“You’ve gotta be real careful around here. You get beat up if you don’t believe what everybody believes,” Allen said in 2017 of being a conservative in Hollywood.

There’s definitely valid concern Allen’s been blacklisted, and for all we know, chances are his notable 1991-99 sitcom TV series Home Improvement will never be revisited again as a result. That’s how far Hollywood’s fallen, sadly enough, yet the studios are reaping what they’ve sown, as the box office receipts for Lightyear have already made clear. If they need to deal with homosexuality in animation, it should be in a production that’s actually marketed for adults and/or older viewers, and refrains from building on politically motivated writing tactics. The failure to do so is exactly why mainstream animation produced in the USA is such a joke.