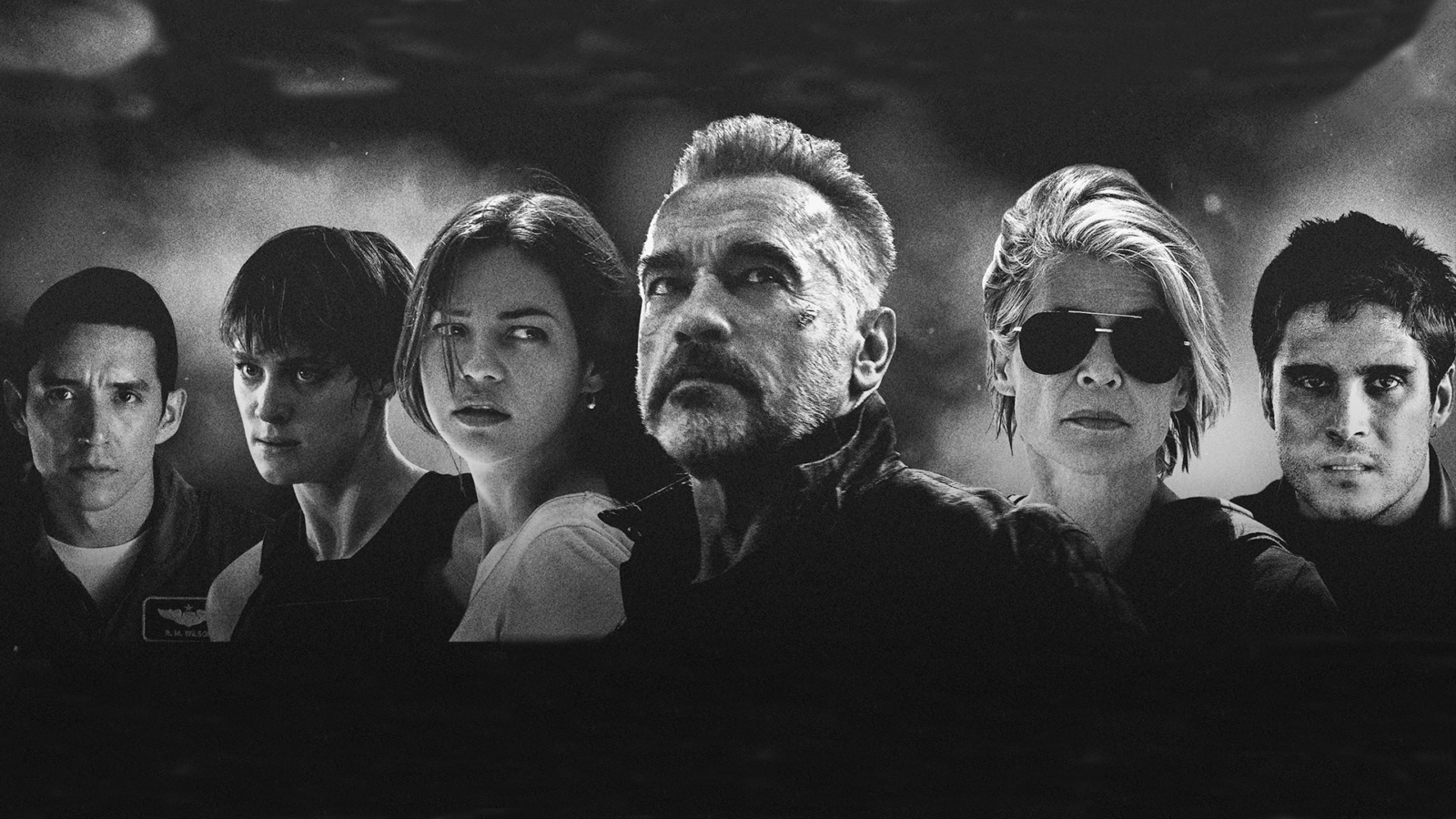 IndieWire, a film industry and review website, recently did an interview with the director of the upcoming Terminator: Dark Fate film, Tim Miller.  Some of you might recognize Miller’s name as he was the special effects artist who made his directing debut with 2016’s Deadpool – a film that overcame a ton of odds (and major opposition by the studio heads at FOX) to not only make it to the big screen, but also become a bonafide hit at the box office.  Not only was 2016’s Deadpool financially successful, but it garnered Miller a lot of “geek cred” among comic book fans who were delighted to see a faithful adaptation of “the merc with the mouth” come to the big screen. (Especially after the tragedy that was David Benioff’s take on the character in the awful X-Men Origins: Wolverine.)

For his sophomore outing as a director, Miller has been handed the keys to one of Paramount Studio’s few remaining popular franchises, that of The Terminator.  Obviously, there is a lot of pressure for Miller to perform here, since this is not only his second film since Deadpool, but it also has an estimated $160-$200 million budget. (Deadpool, in contrast, had a budget of $58 million.)  Also, Paramount desperately needs a hit, as many of its franchises have been floundering as of late.

With the pressure already on Miller, it’s not surprising that he might be frustrated with internet criticism over the “feminization” of Terminator: Dark Fate, with all the promotional materials for the film thus far focusing exclusively on the three female leads of the film, namely Linda Hamilton (who is reprising her role as Sarah Connor), Natalia Reyes as Dani Ramos (an illegal immigrant from Mexico who is supposedly pregnant with the spiritual successor to humanity’s savior, John Connor), and Mackenzie Davis as the female Terminator (or Terminator/Human hybrid?) Grace, who is charged with protecting Ramos.

Indeed, there has been a lot of criticism leveled at Terminator: Dark Fate over the choice of Mackenzie Davis as the leading Terminator of the film.  Mostly because Terminator fans acknowledge Davis is 5″10, 120 lbs, and looks like an emo teenage boy.  Contrast that with the bulky standard set by Arnold Schwarzenegger in previous films and its understandable that some people might be upset with the choice.

But IndieWire, which is a sister-publication to Rolling Stone – both of which are owned by the same parent company – has a different take on the criticism.  In their article titled “Tim Miller Says ‘Terminator: Dark Fate’ Will ‘Scare the F*ck’ Out of Misogynistic Internet Trolls“, their thesis statement regarding the criticism of Terminator: Dark Fate is:

Major movie franchises such as “Ghostbusters” and “Star Wars” have been targeted by misogynistic internet trolls in recent years for prominently featuring female characters in leading roles.

This is the basis for their entire article and it’s 100% wrong.

The article here assumes that the criticism leveled at Terminator: Dark Fate is motivated simply by an ingrained hatred of women among critics who post on the internet.  That any criticism of a film with a female lead character in it comes down to those being critical as inherently misogynistic, chauvinistic haters of women and all things female.  And thus, any criticism of said movie should be dismissed as “hate speech” and ignored by fans and the movie-going public at large.

The problem with this argument (well, one of the problems, as there are many issues with it) is that not all female-led films are subject to this type of criticism by the fanbase.  In particular, the science-fiction fanbase that makes up the majority of Terminator fans.  There are plenty of movies with female main characters that aren’t “targeted by misogynistic trolls” that those being accused of hating women actually love and celebrate.  The most recent example is Alita: Battle Angel.  This is a film (produced by Terminator creator James Cameron, no less) that is basically a “Female Terminator” movie that was embraced and praised by the internet community.  Ironically, Terminator fans were 100% behind the “tough chick” turn of Sarah Connor in Terminator 2, and her character is beloved by fans of the series.  Wonder Woman was also a huge hit among the supposed “misogynistic” contingent of sci-fi and comic book fans, as was the character of Furiosa in Mad Max: Fury Road or other films with strong female leads, like Tomb Raider and Peppermint. 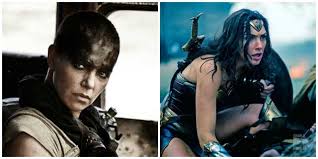 Ironically, not even the example of Star Wars being a target of “misogynistic trolls” is accurate.  Star Wars fans, by and large, celebrate the movie Rogue One: A Star Wars Story as being the best of the Disney-era Star Wars films to date, and that film is headlined by the female character of Jyn Erso, who is widely loved by fans of the franchise.  In fact, even Star Wars: The Force Awakens was celebrated along with its female main character of Rey, at least until many of its flaws were brought to light by the myriad of issues the film Star Wars: The Last Jedi brought to the forefront.  Beyond that, major female Star Wars characters such as Princess Leia, Padme, Mara Jade, and Ahsoka are embraced by Star Wars fans at large.  Thus, the argument that criticism of the “Sequel Trilogy” is motivated by sexism is completely false.

Indeed, the audience backlash of both Ghostbusters 2016 and Episodes 7 and 8 of Star Wars is due to their bad writing and disrespect for the franchise’s source material, not to mention an open disdain for the majority of their fandom.  When fans of these franchises complain about the artistic choices made that deviate radically from what they love about the series, they are attacked by those making said creative decisions and dismissed as being “unenlightened.”  The “misogyny” defense is simply a cheap deflection tactic used to dismiss valid criticism because the people in charge of making these movies can’t justify their bad choices in any other way.

And it seems director Tim Miller is also guilty of this ridiculous tactic.  When IndieWire asked him about the response to Mackenzie Davis being the lead Terminator in his film, Miller responded by saying this:

“If you’re at all enlightened, she’ll play like gangbusters. If you’re a closet misogynist, she’ll scare the fuck out of you, because she’s tough and strong but very feminine,” Miller said. “We did not trade certain gender traits for others; she’s just very strong, and that frightens some dudes. You can see online the responses to some of the early shit that’s out there, trolls on the internet. I don’t give a fuck.”

This quote by Miller is not only ignorant in terms of the actual criticism that Terminator: Dark Fate has received so far, it’s also flat-out insulting to fans. He should be less worried about his female Terminator “scaring” people and more worried about people not caring enough about her to bother showing up to theaters.  This isn’t an issue of “enlightenment,” it’s an issue of delivering quality entertainment that the franchise’s fans actually want.  And if we’re being honest, the last three Terminator films have been massive disappointments, so already Dark Fate has a huge hurdle to overcome based simply on the franchise’s track record.  In fact, those last three Terminator films were so lackluster to the Terminator fan base, it’s reported that Dark Fate ignores all of them entirely, opting to be a “direct sequel” to Terminator 2.  If Terminator: Dark Fate bombs, it’s not because audiences hate females in lead roles.  It’s because this is yet another Terminator film that does nothing new and cares more about pushing identity politics than it does about delivering a good story to its established fan base.

I also take issue with Miller’s assertion that he did not “trade certain gender traits” for the character of Grace.  In the initial publicity stills for Dark Fate, many people actually mistook Mackenzie Davis for being a man.  Not only were her breasts seemingly missing from her chest, but her hair was cut so short that it was impossible to actually determine what gender she was simply by looking at her.  In fact, much of the initial criticism that Miller is addressing in this interview is due to audiences being confused about the androgyny surrounding the character.

It’s not as though the Terminator franchise hasn’t had female Terminators in it before.  Famously, actress Kristanna Loken played the first female Terminator in Terminator 3: Rise of the Machines.  Also, actress Summer Glau played a slender and feminine teenage Terminator in The Sarah Connor Chronicles, which fans largely loved.  So this notion that the backlash against Mackenzie Davis is because she’s a woman simply is not true.  Rather, the backlash is based around how she’s been presented to audiences thus far.

Beyond this, why in the world would Miller think that Mackenzie Davis is scary to anyone? They’ve made her look like an emo teenage boy, which is probably the least scary thing on the face of the planet.  Indeed, it would seem that Tim Miller is taking a page from Ghostbusters director Paul Feig’s book and activity attacking his movie’s audience before they’ve even seen the film. This strategy didn’t work for Ghostbusters, and it won’t work here, either.  In fact, this “attack your audience” strategy seems to backfire time and time again, ultimately to the detriment of the movie that is being defended.

We’re always hopeful for another great #Terminator film, but this reeks of “bomb incoming!”

Pro-tip for franchise directors & studios: this is NOT how you get butts in theater seats https://t.co/3uSo9HeKaU

Rather than engage with critics and try to defend his choices in an effort to win over audiences, Miller instead chooses to label and attack people. This just makes no sense to me.  Especially considering the Terminator franchise is famous for its central female character, Sarah Connor, whom fans of the franchise love. So how are Terminator fans misogynistic if they like Sarah Connor, but not a female Terminator who looks like a high school boy?

This interview from Miller has convinced me not to support Terminator: Dark Fate by seeing it in the theater.  It’s not because I’m a misogynist.  It’s because Miller is an ass hole and I don’t want to support a director who hates his audience.  What about you?  Will you be seeing Terminator: Dark Fate in the theater? What do you think about Mackenzie Davis as the new female Terminator?  Do you hate women?  Let us know in the comments.

'Knock at the Cabin' Knocks 'Avatar 2' Off the Top of Box Office
Stallone and Family to Star in Paramount+ Reality Series
'Avatar 2' Tops 'Avengers' as it Enters List of Top 10 Domestic Films of All Time
Could M. Night Shyamalan Dethrone James Cameron's Avatar 2?
Avatar: The Way of Water to Crack Top 10 Domestic Films of All Time
Phoebe Waller-Bridge Set to Ruin 'Tomb Raider' TV Series Next
Watch: Trailer for Third & Final Season of 'Picard' on Paramount+