Fans may recall the announcement of Josh Trank as director of a spin-off film.  CNet reported in 2014:

“He is such an incredible talent and has a great imagination and sense of innovation,” Lucasfilm President Kathleen Kennedy said of Trank on StarWars.com. “That makes him perfectly suited to Star Wars, and for this new slate of movies that reach beyond the core characters and storylines of Episodes I through IX.” 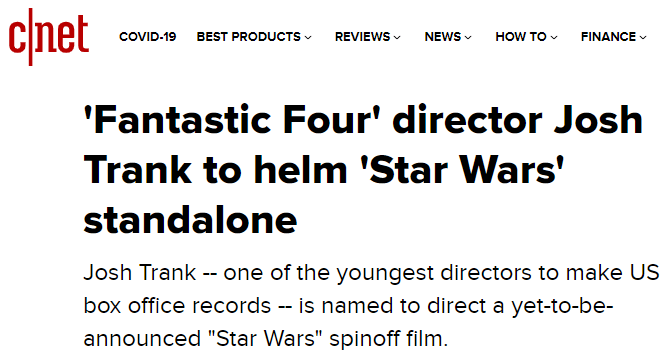 Josh Trank will no longer direct the “Star Wars” spinoff for Disney and Lucasfilm.

The studio made the announcement with Trank on Friday.

“It was a privilege to collaborate with Josh,” Lucasfilm said in a statement. “We are grateful for the energy and love of ‘Star Wars’ that he brought to the process, and we wish him all the best.”

Sources close to the situation tell Variety that Trank and screenwriter Simon Kinberg weren’t thrilled with the idea of working together again. The duo apparently clashed while filming 20th Century Fox’s “Fantastic Four” reboot, which opens later this summer, and Kinberg wanted another director. 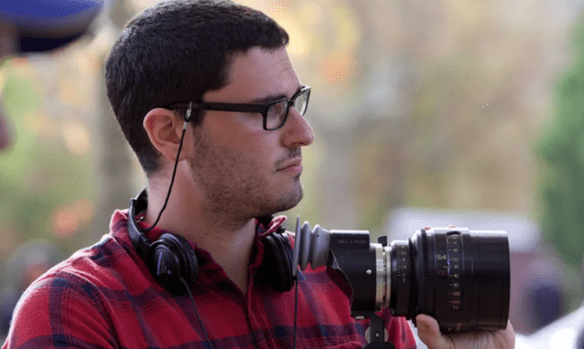 Well, Josh Trank is opening up about his experience now to Polygon:

It didn’t help that throughout the making of Fantastic Four, Trank had a second job. A few months before production, Kinberg, who, on top of producing superhero movies for Fox, was a consultant at Lucasfilm, asked Trank if he wanted to make a Star Wars movie. Kinberg knew that Trank had met with Kiri Hart of the Lucasfilm story group after Chronicle, and now the company was interested in hearing his pitch for a spinoff movie.

At the time, Trank rented a house in Benedict Canyon just a few blocks from where George Lucas lived with his editor and wife Marcia Lucas when he wrote the first draft of Star Wars. With a few days to mull over Kinberg’s offer, Trank walked up to the Lucas house and basked in its glow. He called it one of the most surreal moments of his life. “The visions that I had in that moment were just out of this world,” he said. He walked back to his home with a three-act pitch for a Boba Fett movie.

Trank presented the idea to Hart, Lucasfilm president Kathleen Kennedy, and Disney chairman Alan Horn. Up until that point, only J.J. Abrams had been approved to play in the Star Wars sandbox, and granting permission for a filmmaker to forever impact the moneymaking mythos was a monthslong process. But the guy who made his name with a lightsaber-themed viral video came out the other end with a Star Wars movie deal.

The next June, in the middle of production on Fantastic Four, Lucasfilm announced the director as part of the family. “He is such an incredible talent and has a great imagination and sense of innovation,” Kennedy said. “That makes him perfectly suited to Star Wars.” Nearly a year later, Trank would bow out of the movie. “I quit because I knew I was going to be fired if I didn’t quit.” 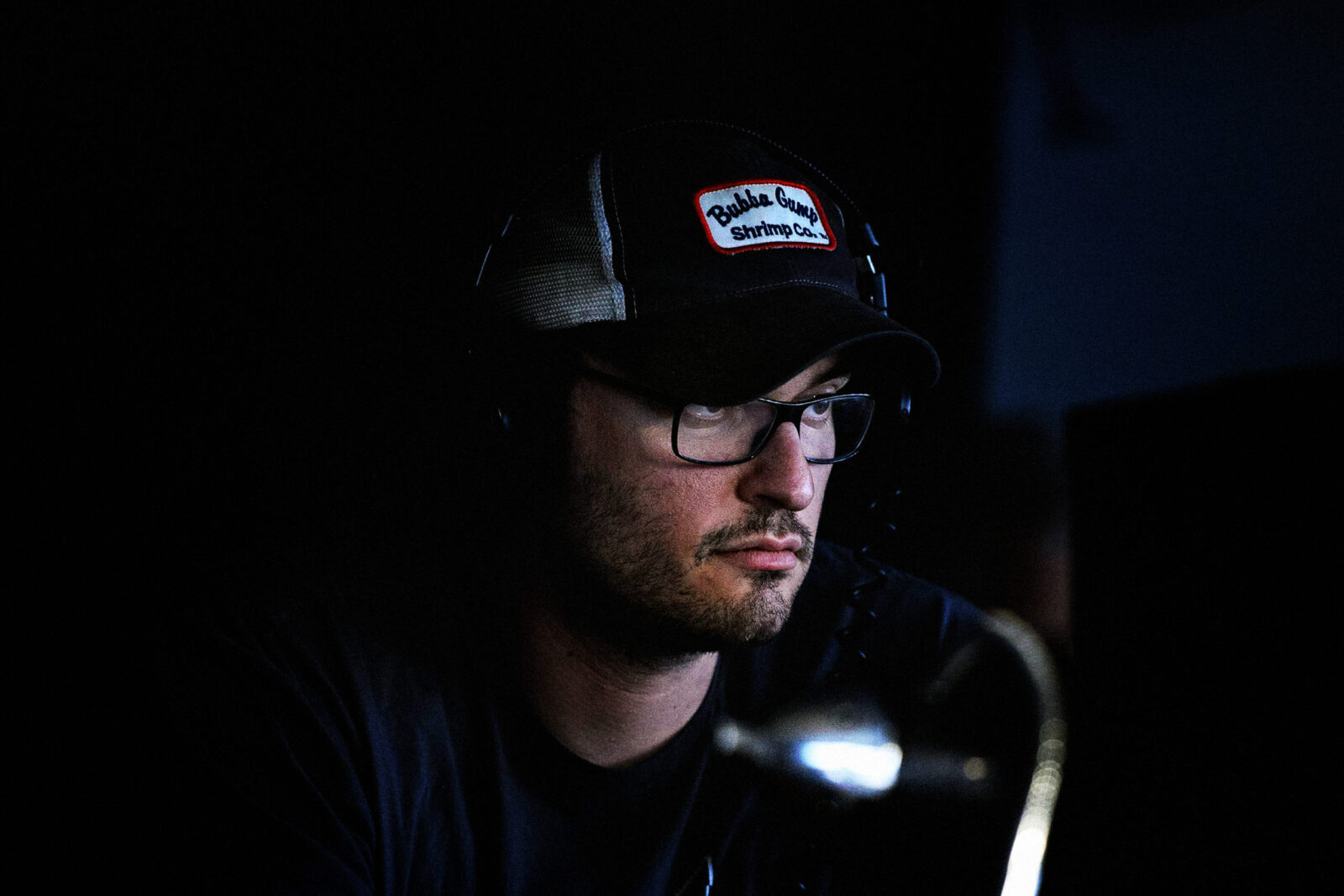 Whispers of the turmoil [over Fantastic Four] reached Disney and Kathleen Kennedy at Lucasfilm. No one had seen the cut of Fantastic Four that would arrive in theaters (including Trank), but the he-said-she-said dispute was enough to shake her confidence. Trank said he and Kennedy agreed that the director should sit out his scheduled appearance at the 2015 Star Wars Celebration in April, but even then, he couldn’t pick the conversation back up. Fantastic Four, the Star Wars spinoff that wasn’t, all the other development deals — they were the end of something. Shortly after bowing out of the convention over a case of the “worst flu of my life,” as he tweeted, Trank told his managers he wouldn’t do Star Wars and wouldn’t look for more blockbuster work. Days later, the trades announced that the director was “fired” off his Star Wars movie.

Trank tried to keep a straight face through the summer of 2015. He promoted the marketing of his ill-fated blockbuster on Facebook and Twitter. He played hype man on the Jumbotron of San Diego Comic-Con’s Hall H. In interviews, he defended against the finger-pointing with level-headed messaging. “It’s been a challenging movie — for all of the right reasons,” he told the Los Angeles Times. The tweet, as he sized up in retrospect, was spitting in the face of every person who attempted to make his version of Fantastic Four work. It offended his collaborators and silenced the friends he had in the industry. He went out swinging to defend a “fantastic version of Fantastic Four” — a version of the movie that no one, including Trank, can really say existed.

On Feb. 27, 2016, Fantastic Four won the Razzies for Worst Picture, Worst Director, and Worst Remake of the year. It wouldn’t have hurt as much if a production assistant hadn’t accepted the award on no one’s behalf. (“The dude saw me chain-smoking, and probably heard me crying a few times. That’s petty.”) That June, The Hollywood Reporter’s Kim Masters, who originally reported on Fantastic Four the year prior, took the opportunity to ask Kathleen Kennedy and Steven Spielberg about the director. “So when you look at young directors, how do you know you’re not hiring another Josh Trank [who directed the Fox bomb Fantastic Four]?” she asked. “Who is that?” Spielberg wondered. In a text at the time, Trank shrugged off the viral shade. “At least I know he watched Chronicle,” he wrote.

In my opinion, there still seems to be much of this story that’s missing.