Did Marvel Have Compelling Reasons to Get Rid of Sina Grace?

The pseudo-writer who followed up on Brian Michael Bendis’ forced retcon of turning Iceman gay, ranted against C.B. Cebulski on his blog, calling Marvel’s staffers cowards, and explaining why they apparently distanced themselves from a man who’s clearly a hopeless case.

He said, for instance:

“An editor called, these conversations always happen over the phone, offering to provide “tips and tricks” to deal with the cyber bullying. I cut him off. All he was going to do was tell me how to fend for myself. I needed Marvel to stand by me with more work opportunities to show the trolls that I was more than a diversity hire. “We’ll keep you in mind.” I got so tired of that sentence.”

Which is little more than a cheap diversion from the fact he’s one of various writers whose books aren’t selling. Besides, if social media is really that bad, why bother to use it? Just use a blog, for crying out loud. And then, he even attacked C.B. Cebulski:

“Even after a year of the new editor-in-chief saying I was talented and needed to be on a book that wasn’t “the gay character,” the only assignment I got outside of Iceman was six pages along, about a version of Wolverine where he had diamond claws. Fabulous, yes. Heterosexual, yes. Still kind of the gay character, though.”

No kidding. Doesn’t sound like he actually wrote a character who’s heterosexual, but this does seem to confirm he’s mad at Cebulski, even if he doesn’t name him directly. And that they decided to part ways with him, as he may have proven more trouble than he’s worth in the end. 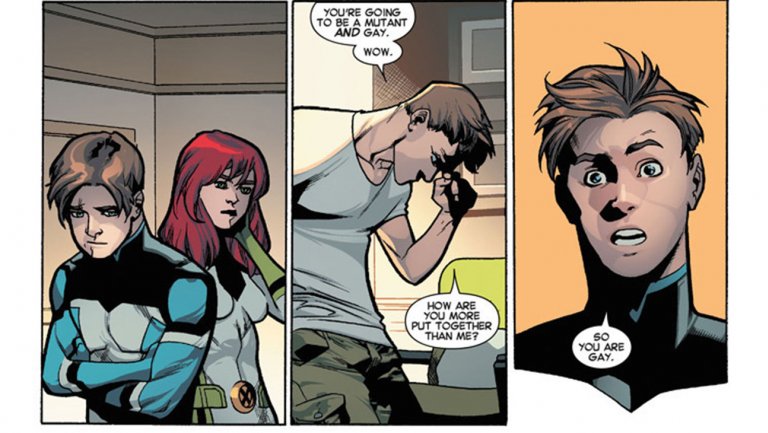 And whatever books he wrote, they clearly didn’t sell, confirming the “get woke, go broke” mantra, as his visions weren’t considered impressive either. When somebody fails both artistically and financially, they can’t be surprised if the employers will finally have to let them go. Which’ll hopefully happen in eventual time with Dan Slott and Saladin Ahmed, to name but some examples who haven’t proven box office bonanzas either. You just have to hope then, that DC won’t recruit them as they did with an embarrassment like Brian Bendis.

The question remaining now is, will Iceman as a homosexual finally be abandoned, and he’ll be restored to the heterosexual persona he was created with? I’d like to think Cebulski will at least do that much, but chances are always possible it won’t happen, and DC won’t reverse the needless retcons they made to Obsidian either, alas. Social justice, tragically, has taken hold in ways exceedingly difficult to get rid of.