Deep Fake Obliterates Lucasfilm’s Version of Luke from The Mandalorian

Much has been made about a young CGI Luke Skywalker’s appearance in The Mandalorian. Many have criticized the uncanny valley of the character.

But defenders such as Pete Fletzer had this to say:

Fair enough. No one should expect SPFX to be perfect.

But then within hours of the airing of The Mandalorian episode, Deep Fake put Lucasfilm to shame.

This makes ILM Animation Director Hal Hickel’s recent comment in regards to an unrelated video all the more amusing: 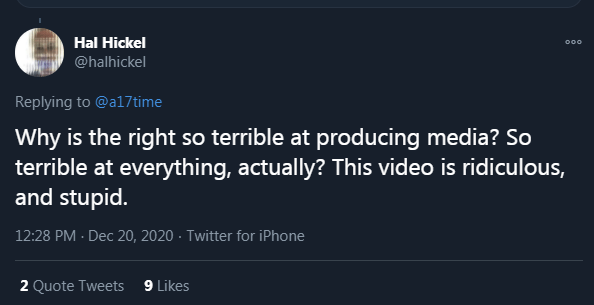 A bold claim from someone who works on Disney Star Wars. But perhaps the left isn’t as great at producing media as they imagine themselves to be. Particularly not when they routinely place politics above art.

Thanks to Ninety7Bravo for the tip.