December Numbers – Any Candidates for Cancellation DC or Marvel? 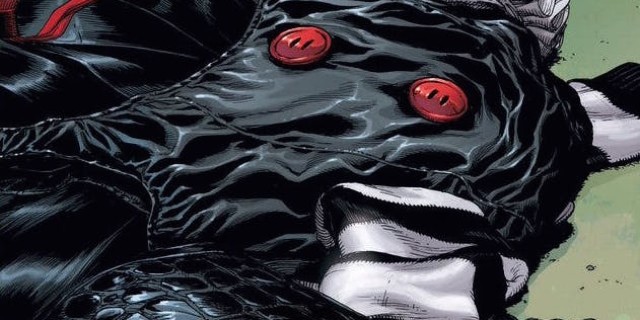 The December direct market sales numbers are here! As is always the case, the numbers reflect copies ordered by retailers, not copies actually purchased by consumers — those figures are not released by Diamond Comics Distributors. So there could be a lot of unsold copies of any of these titles, just gathering dust on comic book store shelves. Looks like DC is the big winner, still dominating with Batman, but Marvel managed to get a few more titles into the top ten this month. Check out the top ten comics for December:

Doomsday Clock and DC’s continuing Batman-related event is keeping DC on top as we close out sales for 2017. However, the direct market is slipping overall and December served as a lackluster finish to a disappointing year. The month’s $38.48 million in comics and graphic novels ordered by retailers was the lowest monthly total since February 2014, and the 6.23 million comics ordered for December was the lowest sum since January 2012. Overall, Direct Market orders finished the year at $522.25 million, off 10% from 2016.

DC did slightly improve on its previous December, thanks in part to Doomsday Clock #2 and Dark Nights Metal #4. The former had shipments in the month of over 158,600 copies. But the overall direction was down. It was a straight-up comparative with December 2016, as both months had four shipping weeks. Notably at DC, Hawkman Found #1, a “Dark Nights” tie-in that went on sale Dec. 27, was the top reordered comic book for the third consecutive week. The Metal tie-in, by Jeff Lemire, Brian Hitch, and Kevin Nowlan and its variant appear to have sold through their initial allotments at Diamond

Notably at Marvel, Amazing Spider-Man seems to have “stopped the drop”, not only making it in the top 20 this month, but managing to eke out the #10 rank with 61,994 copies sold, besting its previous month’s sales by almost 10% increase. Dan Slott’s tenure on Marvel’s flagship title is finally coming to an end however, as he announced recently that he’ll be taking over Iron Man very soon. I presume that will be after ASM hits its issue #800 milestone.

I’m taking the hyphen with me.
From now on it’s…

Overall, comic book sales are down by at least 10%; If we go back and look at the 2015 Top Ten list we would see that each item on that list sold more than 250,000 copies, while only the top two books managed to hit that benchmark this year. This is not a hopeful trend for comics going forward.

A brief explanation of the following data: the first number in parenthesis is the actual ranking on the month’s Top 300 sales charts; next is the first percentage quote which is the drop (or rise) in sales from the previous issue, and the second percentage quote is the movement over six months or six issues (or, if the book has been around for less that that time, since the first issue*).

Raw data for the Top Six Losers at DC for November:

For DC’s superhero fare, Blue Beetle only sold 9,027 issues in December and Cyborg did even worse, moving only 8,970 copies. I expect both will be cancelled in 2018 unless DC can figure out a way to inject new life into those titles. As I mentioned last month, DC’s next big crossover event will combine several DC and Young Animal titles, and my thinking is that DC plans to take a ‘wait and see’ attitude until they get those sales numbers before they make any cancellation decisions or change-ups. I think all of these titles are safe for now.

Meanwhile, over at Marvel, the bleeding is beginning to slow down to a stream:

We know America is getting cancelled, as is Royals and Secret Warriors which both end at issue #12, and would guess that Monsters Unleashed is ending soon as well, but I have no confirmation on that. Odd that a crossover event has been extended this long. As for the huge drop for Moon Girl and Devil Dinosaur from issue #25 to #26, this probably has a lot to do with it being a Marvel Legacy Tie-In with no less than four variant covers in addition to the newstand cover. One was a lenticular, and two of them were incentive variants. This undoubtedly increased orders for that book. Overall, it looks like Moon Girl has found its audience – indicated by the fact that it has only lost about 7% over the last 6 months. Compare that second percentage cover with most of the others on these lists. Only Scooby Doo compares well to it. Given that comparison, Moon Girl‘s low floppy sales don’t seem to matter to Marvel since the title appeals to a lower age bracket demo and therefore it could be considered a “loss leader” for Marvel because there is growth potential for this title. I have the first few issues of this, but I would never have predicted it would have lasted this long. I also understand that this title isn’t for me, but I’m glad it’s out there for those who like it. Additionally, it’s trade paperback collections are regularly in the top 50 sellers.

On the indie side of floppy sales, Image’s Walking Dead landed at the #12 slot in December with issue #174 selling 60,964 copies sold. What a tremendous title that continues to be! 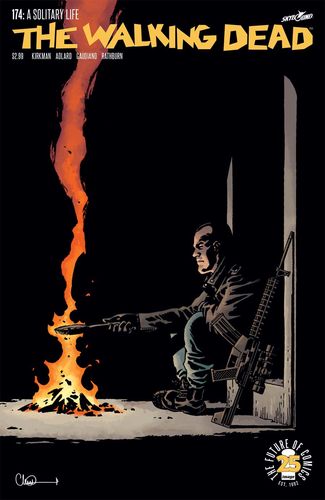 Thanks to Chuck Melville for the inspiration for this monthly column. Reference numbers provided by Comichron.com. What are your thoughts? Sound off in the comments section below.