A few weeks ago, in an example of his own radical leftism, artist and DC executive Jim Lee tweeted support for the following:

Consider without judgment. Open your hearts (and minds) to change. Thank you and have a blessed day #transdayofvisibility https://t.co/UrrcYQ6QKA

Needless to say, this is far-left activism at its most disturbing, a classic failure to judge based on logic. And all from the same artist who associated with Brad Meltzer, suggesting he has no issue with Identity Crisis, no matter how hurtful the product is to women. Lee is another ignoramus who turns a deaf ear and blind eye at how the transgender ideology is hurtful to women, and also to children. Even some feminists are already expressing regret over supporting the ideology. Of all the political tweets Lee could ever make, this stands out of recent as a most blatant example.

And with that, Lee’s put himself firmly in the category where you’d have to separate art from artist. We should also consider that he’s been with DC a long time, and appears to be one of the staffers who never objected to Eddie Berganza’s vile conduct any more than the ex-publisher Dan DiDio. That’s why Lee’s support for transgender propaganda is so troubling by extension. As though his favoritism for Batman weren’t bad enough. It all suggests Lee lives in a very dark, alienated world, which makes this whole affair that much sadder.

And why would the publisher of DC Comics go out of his way late Friday evening to congratulate a low-level editor that has not only never worked for him or DC Comics, but has also trashed one of his colleagues and friends, and is known for being a difficult provocateur?

The narrative must be more important than the truth.

Congrats @HeatherAntos—an amazing addition to IDW! Looking forward to picking up the projects you help bring to life!

This is weakness. I have no respect for #WhisperNetwork simps. DC Comics is dead. Tom King and Jae Lee could not be reached for comment… 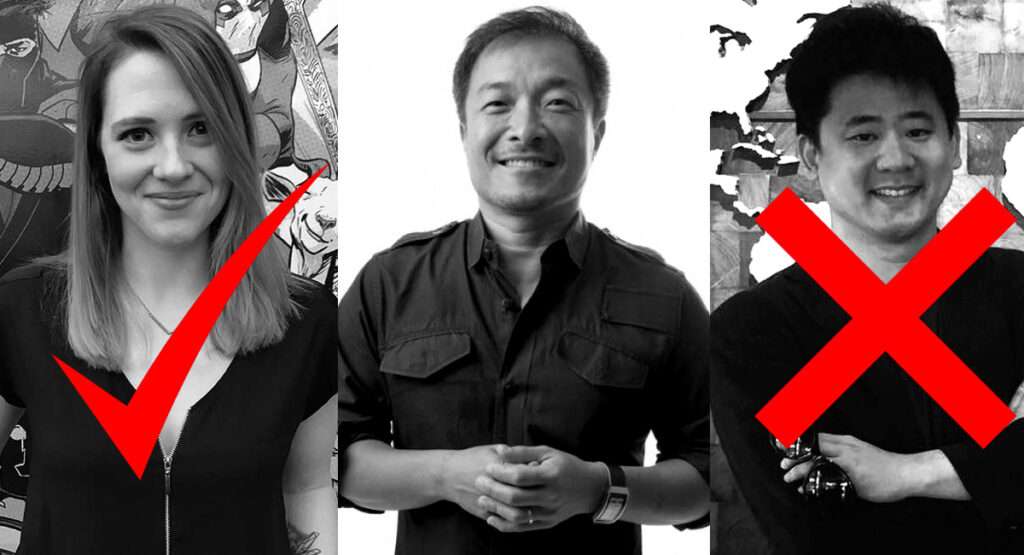 Brooks & Miller See Massive Response to 'Shadow of the Conqueror' Comic
At the Memphis Comics Expo "Creators Come First!"
Is it Too Late for a Scarlet Witch Solo Marvel Comic Series?
Watch: Hawkman Tackles Black Adam in Latest Trailer
Comics Writer Jim Zub Just Made a Fool of Himself... Again
How Political Comics with "Important Messages" Have Become a Joke
Keanu Reeves Announced to Return as DC's 'Constantine'