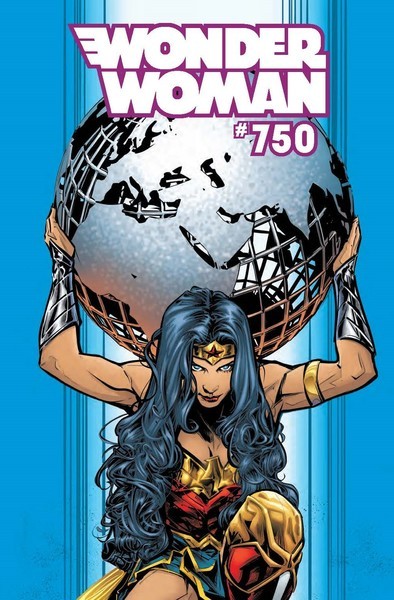 Veteran DC storytellers team up with new voices in a celebration of the Amazon Princess Diana as the publisher revealed details for Wonder Woman #750, scheduled to hit comic book stores and participating online retailers on January 22, 2020.

Participating comic book retailers will have something extra special for hardcore collectors and ardent Wonder Woman fans alike. A collection of comics’ most popular and talented artists will render a series of variant covers for this momentous issue, depicting the Amazon Princess in different eras from the 1940s to present day; Joshua Middleton, Jenny Frison, J. Scott Campbell, Olivier Coipel, George Pérez, Brian Bolland, Adam Hughes, Jim Lee and Scott Williams will all be contributing to the variant covers.

Wonder Woman #750 is a 96-page prestige format one-shot comic book, debuting in comic book stores and participating online retailers January 22, 2020, for $9.99. Be sure and check with your local comic book retailer for details on any of the decade variant covers it might carry.