Dark Secrets: Another Reason Manga Has Exploded in Sales 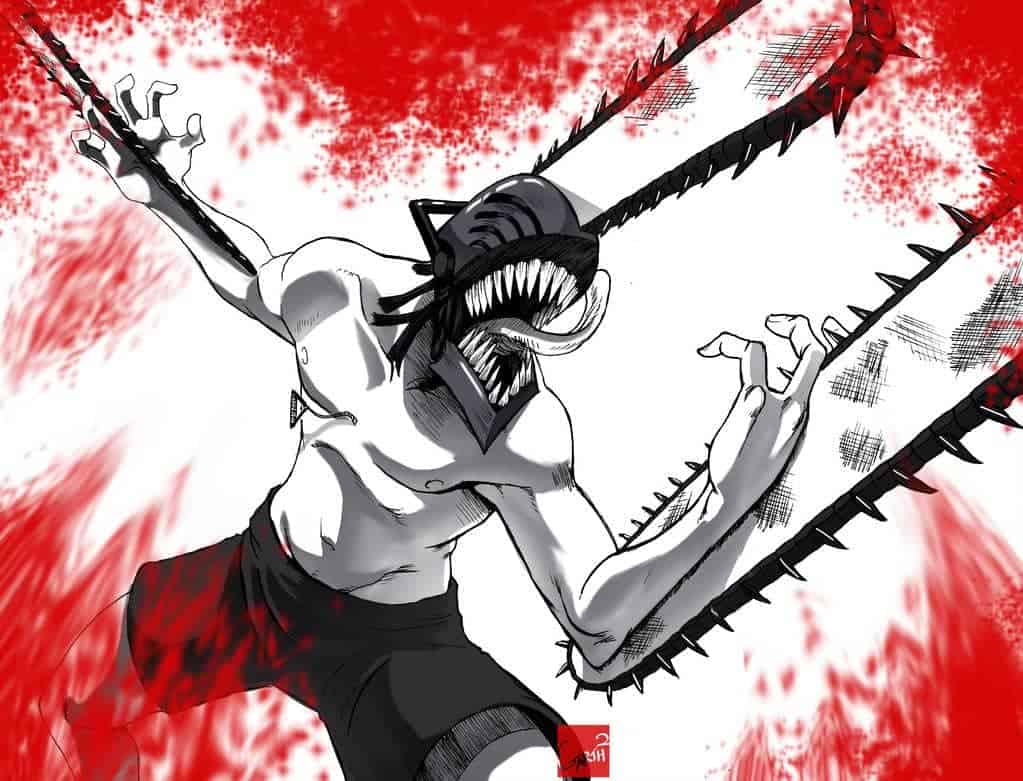 The UK Guardian tells all about the huge wave of success Japan’s manga has had in over many years in foreign countries, though there’s hints of political correctness in this:

Manga, broadly defined as comics originating in Japan, has been huge in its home country for decades. But over the past five years, sales have been exploding around the world. The UK numbers for the graphic medium, which spans many genres and is typically printed in black and white, are staggering. According to Nielsen BookScan, in 2012 there were 434,633 copies of manga titles sold, for a value of £3.17m. By 2019 this had more than doubled, to 983,822 copies, for £9.1m. So far this year, 1.8m manga have been sold – nearly double the full-year sales of three years ago.

In the US, the figures are equally eye-watering. In 2020, there were 9.68m copies of manga titles sold, says NPD BookScan, and the following year sales jumped 160% to 25.2m. In 2021, manga was the leading growth category in the total print book market in the US, outpacing the next-highest growth category (romance) by three times. English-language distributor Viz Media says it has seen “phenomenal” increases in the past 18 months across all its territories – Canada, Australia and New Zealand as well as the US and the UK.

“It started to kick off and really build during the first lockdown when sales online tripled, month by month. Then, when the shops opened back up again, it really ramped up in there as well. There’s so much more demand for it,” says Bea Carvalho at Waterstones.

I do wonder what kind of genres and themes are most popular, or what this story leaves out, however, because the following implies the most questionable content is among the biggest draws:

Isabella Garside, 13, says she was looking for something new when she stumbled on to manga. Her favourite series at the moment is Death Note, in which a high-schooler finds a notebook that gives him the power to kill anyone whose name he writes in it. “It tugs on your emotions,” she says. And “it’s really easy to read”.

Manga encompasses genre after genre: classic superhero stories, like My Hero Academia. Horror, like Jujutsu Kaisen. Action – try Chainsaw Man. More literary stories, such as Ping Pong. LGBTQ+ stories, such as Boys Run the Riot or My Lesbian Experience With Loneliness. Cookery: Viz has a series called Food Wars!, which it pitches as a “saucy food comedy”. There’s shoujo manga, aimed at young girls, featuring romance and high school drama. “That’s just not really represented in many places, except for YA novels,” says Beeching. “And then there are areas that really only Japan is serving, like isekai (roughly translating as “different world”), which is about being reborn into a computer game or a fantasy world, like a guy who’s reborn as a slime creature, or one who’s reborn as a spider.” 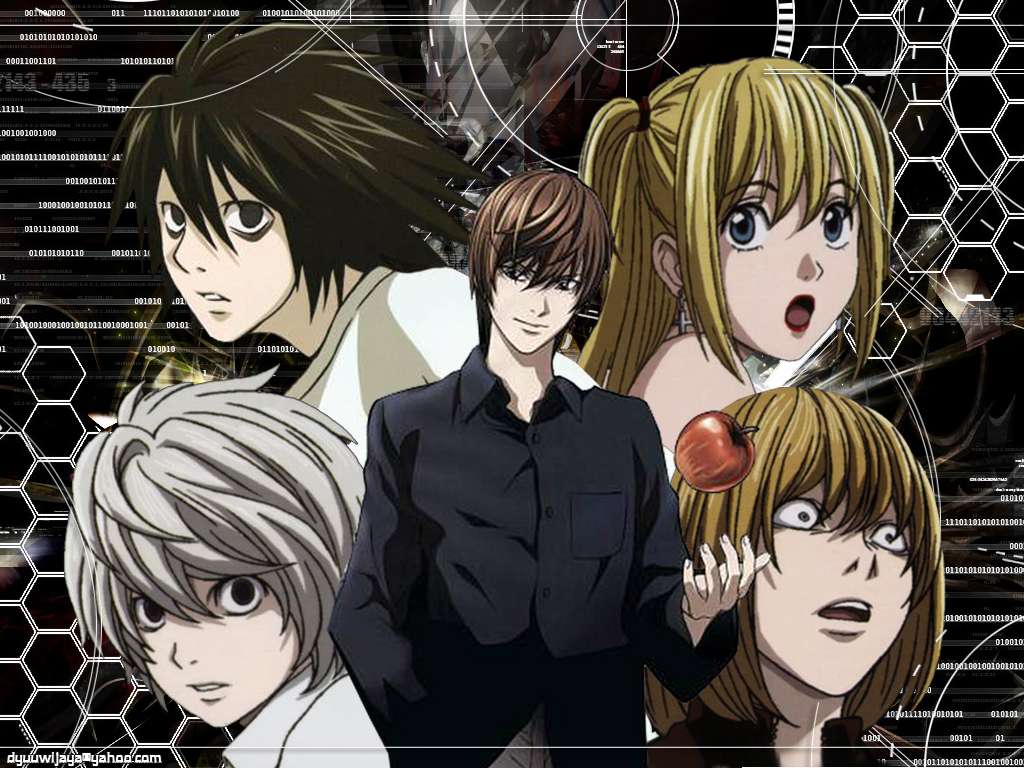 Somehow, I can’t help but wonder if these citations were deliberate, even though homosexuality and the horror genre have long been commonly explored by Japanese mangakas. I couldn’t find any reference to sex in this article, and the citation of Death Note is honestly troubling, if it really “tugs emotionally”. Because this is apparently the kind of tale where a violent offender is glamorized, echoing Hollywood’s current glamorization of the same. When you see stories like Death Note elevated to a huge deal, something is terribly wrong. And nobody even questions whether this is any more healthy an influence than Hollywood’s offerings. This is not beneficial for manga any more than it is for Hollywood, let alone USA comics proper.

It is partly this diversity of genres that is driving the boom, says Yu Saito, deputy editor-in-chief at Weekly Shōnen Jump magazine. “We now have countless genres of manga that evolved organically, without marketing, to target people of all ages and preferences, beyond what other media can provide, so readers can find what speaks to them. I think that’s why manga was able to cross borders and find readers all over the world.”

At least they’re correct about organic storytelling here. Because these aren’t shared universe franchises in the way the superhero creations in the USA became, or, they haven’t fallen victim to corporate degradation as superheroes have, which has since led to their decline and collapse:

Sumner sees the western boom in manga as a generational thing, with younger people moving away from mainstream superhero comics to find a new graphic medium, where series will often be written and drawn by the same creator, and obey “a different set of rules to the very mainstream DC and Marvel Comics universe”.

“I’m a huge Batman fan, but the reality is Batman is owned by a corporation, and there are many, many different versions of Batman that you can find,” he says. “But with manga, you’re essentially reading volume after volume of the same creative team exploring a specific idea and a specific universe in depth: their work often hasn’t been handed off to a wide variety of secondary creators. I think there’s a creative through line with manga that is impossible to have in most big name western comics.”

This is certainly what attracted Yoshimizu, author of Ryuko, to the genre. He had always been an artist, but also wanted to tell stories. “My ideal was a movie, but I need money and I would have to direct a lot of people. However, manga can be created by one person,” he says.

Corporatism effectively destroyed mainstream comics, and as I’ve said countless times before, the worst part is how so far, nobody with a better idea how to write them seems to want to buy Marvel/DC’s publishing arms. Artistically, superheroes have been run into the ground in comicdom by far-leftists, and now, we’re seeing the toll being taken in movies adaptations as well, while sales for both mediums continue to taper off. But is what exact manga are making waves overseas? Or, what are the translators willing to take up?

Western publishers previously made a push into manga in 2008, flooding the market with what Viz Media’s Hamric describes as “substandard manga”. “The shelves were just jam-packed. Whatever was published was put on the shelves and it saturated the market,” he says. Then recession hit; book chain Borders, which had a large manga section, went out of business; and manga tailed off. The titles being translated now are more carefully selected by publishers, and booksellers are also more discerning in what they stock. “There’s a lot of cultural things that don’t translate. And just because it works over there, that doesn’t mean it’s going to work in English, so we do pick and choose and try to bring over the best of the best.”

This should be eyebrow raising and concerning, because what if violent content like the aforementioned is considered more marketable than romance and sex? Or what if there are mangakas out there who have the courage it takes to address issues like Salman Rushdie’s experiences with Islamofascism, and USA translators won’t touch those items?

Hamric pinpoints 2021 as the year manga “stopped being a niche category, and became a mainstream one”. “For me growing up, it was always, ‘oh, you don’t want to read that!’ Comics were just not understood by parents and educators and librarians, and there wasn’t the TV or the movie aspect of it,” he recalls. It was an attitude that differed markedly from that seen in Japan, and in France, where comics have long been taken seriously as a literary form. “But generations mature. People my age started having kids, and we grew up with comics, and we’re saying it’s fine for kids to read them.”

But what exact comics and manga are we talking about here? And does this involve both children and adult fare? This still remains unclear. Though they’ve got a point about how illustrated medium finds a far different reception in some western countries as opposed to Japan, and that includes anime. In the past, US animation was an utter joke, relegated to children’s fare, with very few examples marketed to adults, and little attempt made to convince adults it’s worth producing cartoons for them. It wasn’t until the Simpsons came along that animation was more accepted as worthy of adult viewership, and now, even that’s since fallen victim to PC, as evidenced by the producers’ jettisoning Apu from the recurring cast of characters, and it’s uncertain if they ever came off that stance.

Holland points out that it is not only manga that have seen sales soar. Comics across the board have seen growth in sales in the past few years – in the UK, there were 2.3m copies sold in 2019, and 3.2m in 2021. It’s a shift he has been awaiting for decades. “When we first opened our bookshop, 28 years ago, I predicted the big stratospheric boom would come the second that this country began hearing a critical mass of signals,” he says. “None of the adult mainstream media was covering comics back then. No animation was being shown on TV. Thirty years ago, there wasn’t a single adult who knew another adult who read comics. They were almost embarrassed about it. Now, there’s a critical mass, and adults and young adults are talking about comics, and manga, with each other. Comics have become part of the British public discourse.”

But what about the USA public discourse? Don’t be surprised if there’s a contrast to the UK’s reception, considering all the political propaganda that’s infested the mainstream, and even the UK’s not immune to that. This is exactly why comic fans today who’re realists could be embarrassed, based on the extreme leftist propaganda that’s now become a sad staple in much of the mainstream. That’s why much of the shift to readership of manga’s actually come about, though even manga’s obviously not immune to PC either. And if mangakas don’t retain some firmness, the popularity of their products could sink just as quickly as Marvel/DC superheroes have.