In a recent comic review in The Louisville Eccentric Observer, they reviewed a new series from Dark Horse Comics called Survival Street, written by James Asmus, which appears to be yet another forced political metaphor, in addition to being a satire of the long-running Sesame Street on PBS-TV:

Remember how that movie “Idiocracy” was funny until it wasn’t? How, sadly, art sometimes just predicts reality? Well, that’s sort of how “Survival Street” feels. A parody of “Sesame Street” and children’s programming, this story is not as fun as expected. The book starts with a timeline of America in which the Supreme Court decides that not only can corporations have freedom of speech and the right to ensure the politicians they’ve bought will win elections, but that they can actually run in and win those elections. Of course, we know they would win, and that, once elected, big business would do nothing that would cause profits to suffer for any reason. 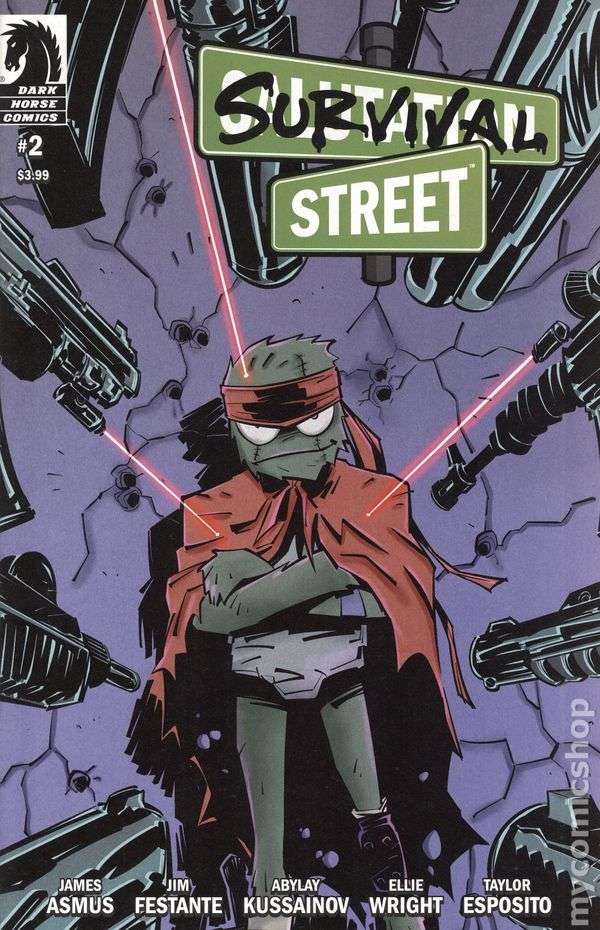 It does sound on the surface like it might be a metaphor for where corporations/conglomerates are going these days, but if we held it up to a present day mirror, it wouldn’t reflect the current structure of SCOTUS, since it’s mostly Republican nominees in charge at the moment. But, if we consider this was published by a leftist-run business, that’s why we can’t expect this to be a serious satire of what’s gone wrong with modern leftism, and the talk of businesses doing nothing to cause their profit rates to suffer strongly hints at just how laughable the notion is in an era where “get woke, go broke” has proven possible in various instances. The review brief continues:

Enter “Survival Street.” Elected corporations decide that all those kid shows, with all their touchy-feely goodness and learning crap are just taking up space on super valuable media that could be used to make more money. Florida is now sponsored by Porn Hut. When we move to the action of the story, we see an RV is stopped and told the road is now owned by a new company, and, in order to drive on, they must pay local wireless fees, road maintenance fees, utility surcharges and law enforcement superfund contributions. But what the enforcers don’t know is, this RV is full of puppets who’ve all lost their jobs, and they are pissed! Will cute and cuddly characters and their human friend Mr. Burton be able to take back the country and the souls of its people with extreme violence and good planning? We’ll see!

In a manner of speaking, some of the woke corporations today do consider educational TV shows dispensable, unless they inject their own far-left visions for what education should be. But do they actually care about pornography? With the way sex has been largely kicked to the curb in mainstream cinema, it’s hard to say. If anything, one could wonder if this GN represents the dislike some leftists used to harbor for corporations, save for when they actually upheld their irrational viewpoints.

And then, look how the story setup involving a motorhome filled with puppets out for revenge over job losses depicts them planning to resort to violence as the means of vengeance. There is honestly something wrong with a story where a group that could have valid claims regarding loss of employment resorts to criminal behavior as the means for expressing grievance. So here’s an example of an indie comic that sounds like it’s going the wrong way in creating a satire.