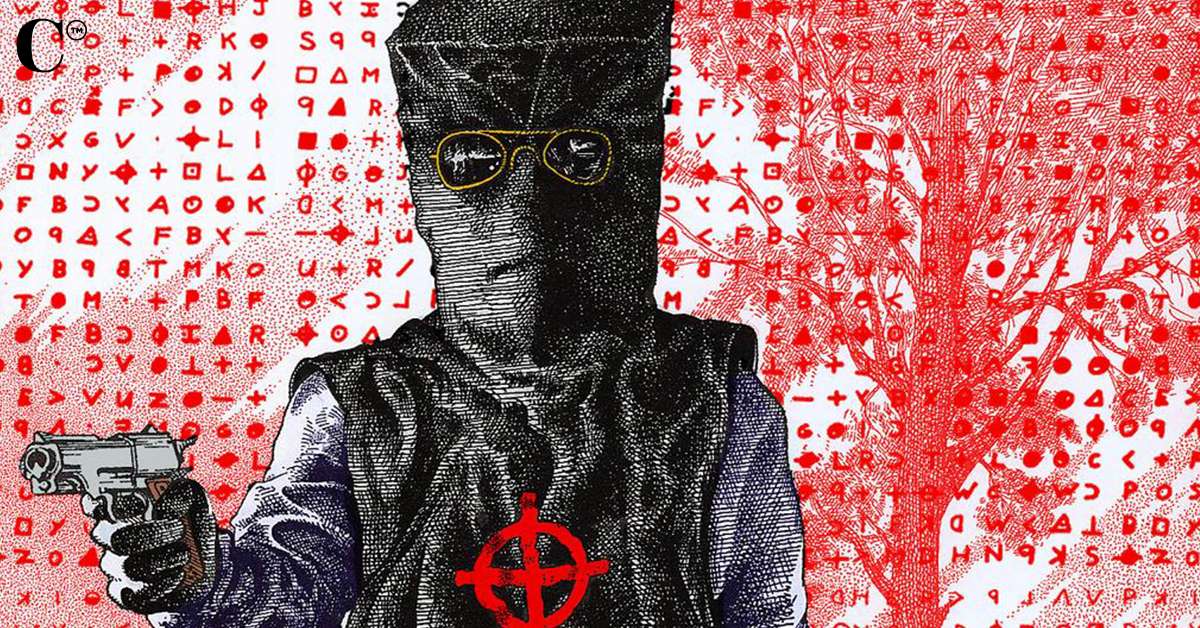 Was the Zodiac killer a comics and sci-fi fan? That’s the question raised by Moviemaker magazine for the release of the umpteenth Batman movie, where the Riddler employs cryptographs similar to the real life criminal in California in the late 1960s. The subject is also coming about 15 years after David Fincher’s Zodiac, and according to the site, it’s assumed the real life villain was a comics and sci-fi fan:

The Zodiac Killer continues to loom large, half a century after his murders terrorized Northern California: The villain of the new film The Batman, Paul Dano’s Riddler, torments Batman with cryptographs similar to those used by the Zodiac. This week marks the 15th anniversary of David Fincher’s film Zodiac, about the failed quest to learn the killer’s never-revealed identity. And every year, it seems, some internet sleuth comes up with a new suspect.

Author Jarett Kobek is different from the rest. On the latest episode of the Bret Easton Ellis Podcast, he lays out the argument from his new book, How to Find Zodiac, that the Zodiac Killer may have been a previously unnamed suspect, an obsessive comic-book and science fiction fan named Paul Doerr who was born in Pennsylvania and later moved to the Bay Area.

An important caveat: Doerr is no longer here to defend himself. He died in 2007, the year Fincher’s Zodiac was released. And no one has been charged in the Zodiac killings, despite decades of investigation.

If the person cited above were the suspect in the case, what’s surely most angering besides the horrifyingly violent crimes themselves is that there’s only so many PC advocates who’ll surely exploit the info, milking it for all it’s worth, as an excuse to demonize an entire audience as nothing more than a bunch of wolves in sheep’s clothing, all for the sake of undermining the very same medium they supposedly recognize as legitimate now, and turning its audience and contributors back into the outcasts they once made them decades back, and still want them to be now. The PC advocates would do the same to Dungeons & Dragons RPG players too, of course, if any clues turned up tying the Zodiac killer in with such mediums. For now, here’s more of Kobek’s research relayed to Ellis:

Kobek argues that the Zodiac letters to police and newspapers included several pop culture references from the time of his crimes that were so obscure and specific as to dramatically narrow down the list of possible Zodiac suspects. For example, he noted that a “Halloween card” that Zodiac sent on Oct. 27, 1970 included the curious phrase, “By Fire, By Gun, By Knife, By Rope” — four ways the Zodiac planned to kill his victims, in order to make them his slaves in the afterlife.

Kobek — like some past Zodiac sleuths — traced the phrase to a 1952 Western comic book, Tim Holt #30.

“In the background, on the cover, there was a ‘wheel of death,’ and on the wheel of death is says ‘by knife, by rope, by gun, by fire.’ That is a clear quotation. It’s never existed anywhere else,” Kobek explained to the American Psycho author.

He also told Ellis that with this clue, he was able to narrow down the list of potential suspects.

“In 1970 when that letter was written, comic book collecting didn’t existed. There were about 2,500 people who collected back issues of comic books,” Kobek said. “For someone to have that comic book in 1970 really clearly delineates them as something else.”

From that possible clue, Kobek started looking into comic-book collectors in Northern California. He also suspected the Zodiac lived in Vallejo, where one of the killings occurred, so he Googled Vallejo fanzines. One of the first results — here it is — includes a letter from someone named Paul Doerr looking to meet other fans: “Several tries have been made at an International SF organization and I hope one succeeds. I’d like to join,” Doerr writes.

“And the letter sounds a lot like Zodiac,” Kobek told Ellis on the podcast.

So far, nothing’s fully confirmed whether the man Kobek researched is the Zodiac murderer. But if the criminal was a comics and sci-fi fan, it’s absolutely disgusting, though as anybody who’s a realist knows, there are evil people who exist in the audiences of all the entertainment industry’s different mediums, tragically enough, and aren’t deterred just because most comics of the times usually depicted murder as the evil it truly is. The culprit that sadly leads to such tragedies is lack of good education to ensure people will lead honest and caring lives. Whatever the answer to the tragedy from California is, Kobek does surely deserve appreciation for his investigation. Let’s just hope PC advocates don’t start exploiting the details as an excuse to vilify an entire fanbase, all without recognizing that evil exists in movie, TV, sports and music audiences just as much as comics, sci-fi and RPG audiences.