A new history book about the ’90s comics cites Malibu Comics, and unfortunately, includes only a portion of a certain ghoul… 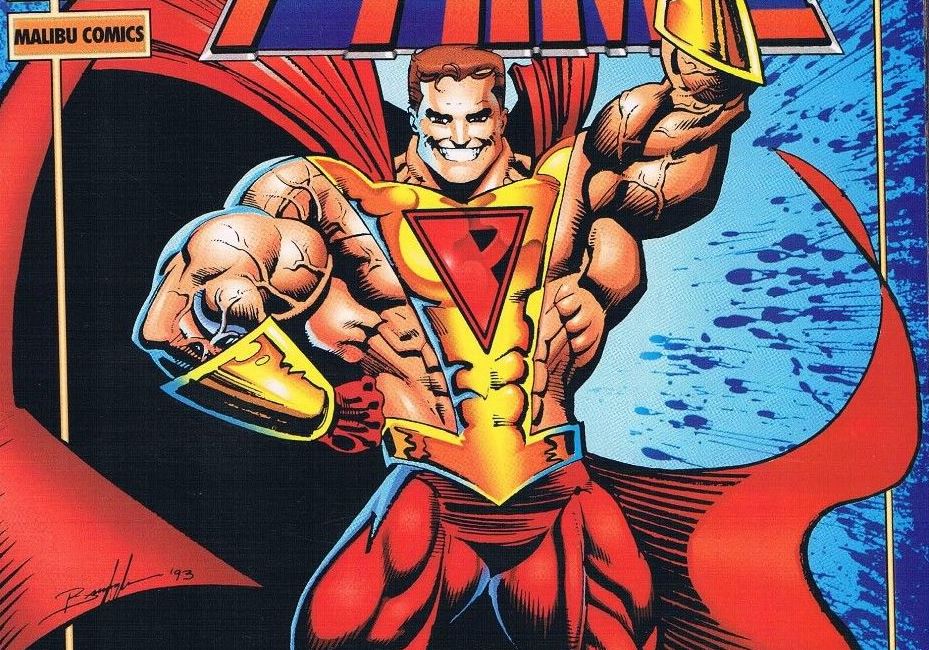 Newsarama has a slideshow of page excerpts from a new book by Jason Sacks about the history of the 1990s (American Comic Book Chronicles – the 90s), which inevitably also brings up the ill-fated Malibu line of comics, including some written or co-written by the abominable Gerard Jones, and that’s got to be the unfortunate part of what looks like an otherwise intriguing history focus, though from what I checked, it still looks like this is going to be a very unobjectively written item that may avoid calling out the publishers of the times for the mistakes they made, like pandering to the speculator market.

What’s puzzling though, is that, as seen in the excerpt on the side, while the book does cite Jones as a leading contributor to the Malibu Ultraverse, it doesn’t seem to actually credit him as the co-creator of Prime, their Billy Batson clone that took some of its elements to serious extremes, though it does state he was the writer for Freex. Is it because, by the time this book was ready to go to press, they were aware of Jones’ child porn felonies for which he’s now serving time, and the subject material made them uneasy in light of the discoveries, or, is it because Jones wasn’t as responsible for the co-creation as Bob Jacobs and Len Strazewski were? An interesting question with no easy answers.

What the book’s content also doesn’t make clear is that the Malibu properties, still under Marvel’s ownership last time I looked, have become some of the most ill-fated as a result of Jones’ offenses, and won’t be reprinted for a long, long time, as a result, not just because nobody will want to buy them, but also because we wouldn’t want Jones to get any residuals. Nor will the back issues be worth much on the market now, and considering how icky Prime’s content is, that’s why it won’t hold up well in view of the crimes Jones committed. Why, chances are Marvel won’t even be able to sell off the properties he created or co-created, because Jones has rendered them toxic, and whatever movie deals they were hoping to make out of those books (which obviously never happened 20 years prior) are now buried deep. I can envision a Marvel sales manager telling business trade journals 10 years from now, “We tried to sell off the Malibu properties, to no avail. Nobody wanted to buy them, because Gerard Jones was credited to a significant number of issues and stories.” Clearly, DC’s not the only ones who wound up with egg on their face.

I think that’s exactly why, if they’re not clear about the disaster Jones caused and why it’s made the properties toxic, what’s the point of these history books if they won’t take a moment to reflect on what’s gone wrong in more ways than one?