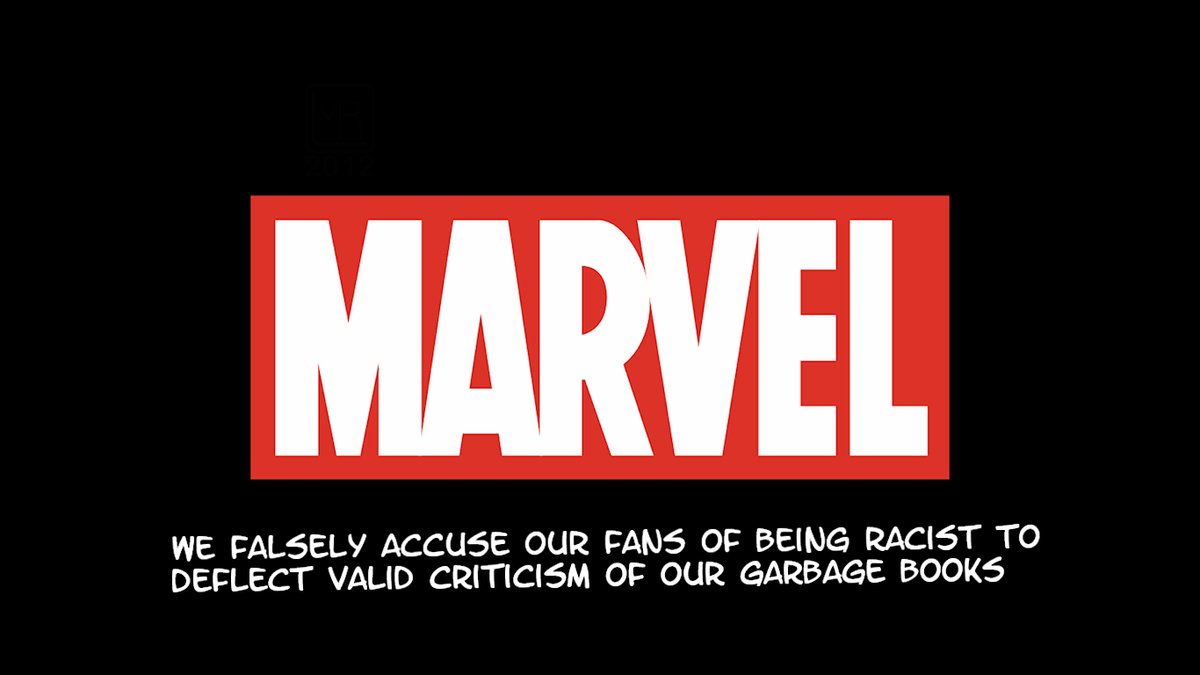 You may or may not be aware that Marvel Comics has grown completely corrupt in the last few years, and now takes its primary (and secondary, and all other) mission not to be to tell entertaining visually arresting stories, but instead to preach, foment, promote and propagandize the erratic racist beliefs of the filthy and neurotic Leftwing lunatics the Men of the West call Morlocks, the Dwarf kindred call Krapsaks, but the Elves of Utterbole call SJWs.

Marvel has gone the way of the Gaming Press, and followed the Hugo Awards into the yawning Azathothian abyss of utterly stupid irrelevance, nonsense, and blithering anti-West, anti-White, anti-American, anti-Christian postmodern pathological narcissism. They have been absorbed into the anti-Life equation.

One such effort has been to replace Tony Stark with a teen black girl called Riri Williams, also called Iron Man Girl, a young lady with no merits and no personality, aside from being a one-dimensional Lefty stereotype of black. The comics manage to be boring, braindead, sickhearted, poorly drawn and poorly written all at once.

In satiric retaliation, one of the Watchmen of the West has lit a great beacon: he has rewritten Riri Williams according to the background that the Marvel SJW writers have established, but taken matters to their most logical endpoint: the soft bigotry of low expectations drives Riri over the edge, and she becomes a villainess.

Here is the youtube channel for the author. You can find, if you hunt around, his videos describing his inspiration and idea, and his review of Iron Man Girl.

And here is the first issue of his anti-comic comic on dropbox, also known as Project Riribirth.

Read it and spread the word. Maybe Disney will fire these SJWs cretins who are ruining their business, but since Disney is also suffering from terminal SJW narcissistic psychosis, I rather doubt it.

Perhaps there are one or two good zines still publishing good yarns about capes out there.

I shall never know, because they have joined the CW, Star Wars: the Last Mary Sue, and Star Trek: Diversity, and Dr She-Who in the land of Mordor, where the shadows lie.

They are dead to me. They thought I should remain loyal after they tricked, demeans, slandered and insulted me, mocked and reviled and blasphemed everything I love and hold sacred both in this world and the next.

Few are the fans more braincrammed with trivia, more easily pleased, with bigger hearts and opener wallets than I for all these long running characters and shows.

But Leftist corrupts whatever it touches, because Leftism is envy, and envy is the one sin that brings no pleasure to anyone, not even to the sinner himself.

7 of the All-Time Best Comic Book Creators
How 'Daredevil: Born Again' on Disney+ Connects to the Netflix Series
Woke Mob Attacks Taika Waititi for Years Old ‘Transphobic’ Tweets
Dave Filoni Said Disney+ 'Ahsoka' Episode Was a 'Religious Experience'
The Abomination is Back: Tim Roth Discusses His Return to the MCU
Get Woke... Disney's Stock Now One of Worst Performing of the Year
M-She-U: Marketing Superheroes to Women is What's Killing Marvel