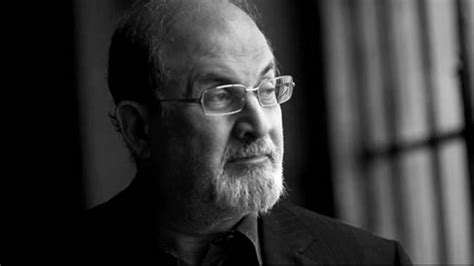 As many surely know these days, comics writer Kurt Busiek’s a very far-left ideologue who’s upheld accepting views of Islam, the “Religion of Peace”, which tragically resulted in a violent assault on Satanic Verses author Salman Rushdie in New York, who’s had an Islamic fatwa (judgement) on his head in the nearly 35 years since he wrote the book. So it’s a surprise to discover Busiek’s offered a supportive stance for Rushdie’s sake after this horror occurred, which Rushdie so far was fortunate to survive:

I got MIDNIGHT’S CHILDREN, THE SATANIC VERSES and JOSEPH ANTON. I’ll look forward to reading them, and I hope he’ll be with us and writing for a good long time to come.

Okay, that’s recommendation enough for me — I just bought THE MOOR’S LAST SIGH too.

Well I gotta admit, this is certainly amazing, considering how far to the left Busiek usually leans.

But does this mean he’s going to reevaluate any accepting views he may have of Islam? Alas, there’s no telling what a left-wing ideologue will think, no matter what information he reads from the Satanic Verses itself. Certainly Busiek’s backing for Rushdie is the right thing to do after the horror the poor man suffered along with one of his colleagues. But if Busiek refuses to acknowledge what Bill Maher’s willing to (and won’t even write any comics stories dedicated to Rushdie’s causes), then we get nowhere in confronting a serious issue that’s still endangering much of the world. Problems aren’t solved if we don’t condemn the sources.