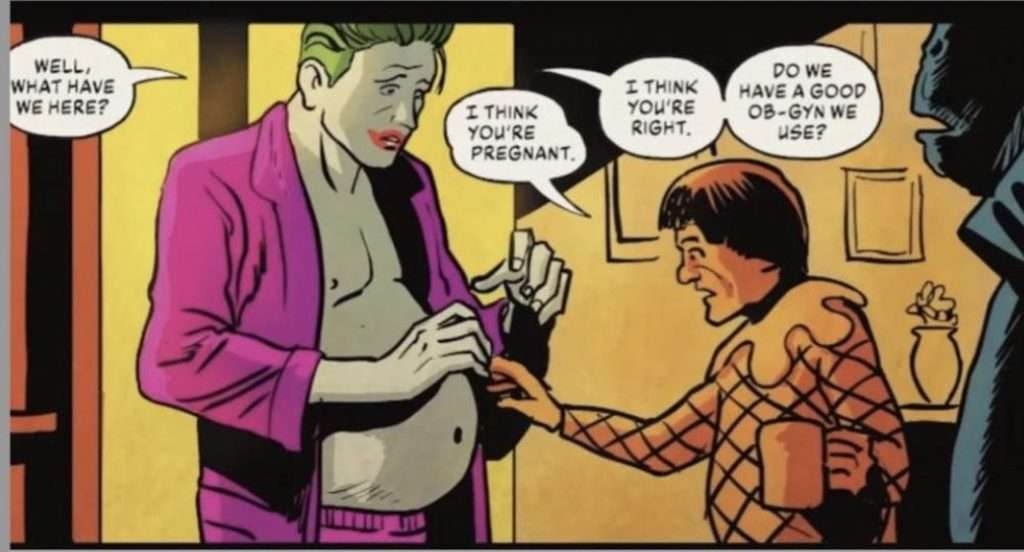 If the following are any suggestion, the MSM wasted no time coming to the defense of a Batman story written by a far-left activist. For example, here’s what a Forbes propagandist says:

The Joker has done a lot of wild things in his 80-year (and counting) presence in comic books; veering from goofy prankster to psychotic murderer, the clown has tried to trademark fish, cut off his own face, and in a recent DC comics storyline, he even became pregnant.

One of the short stories inside The Joker: The Man Who Stopped Laughing sees the titular supervillain fall under a magical curse, which gives him a swollen pregnancy belly. Eventually, the Joker “gives birth” by vomiting up a pile of mud, which reshapes into a little clown clone. The two Jokers then stare at each other, both of their thought bubbles reading: “He’s so handsome.”

The comic’s writer Matthew Rosenberg has said the story is his tribute to the Silver Age of comics, a period characterized by extremely silly plot twists and kid-friendly carnage, where anything can, and frequently does, happen.

Let’s see, they use the Silver Age to justify telling a tale like this through the lens of a PC era, replete with political undertones? Back in the Silver Age, nobody relied on premises as crude as this, so to say it’s a “tribute” is quite a stretch.

While the “pregnant Joker” story was seen by some critics as a slightly desperate, “jumping the shark” moment, the story infuriated right-wing culture warriors, who misinterpreted the goofy story as some kind of social justice-infused commentary on trans men giving birth.

Conservative influencer Nick Adams, who generously describes himself as an “alpha male,” didn’t hold back, calling for a “total boycott” of the Joker (Adams seemingly referring to the character, rather than DC comics, or DC Studios). Considering the immense popularity of the Joker, the vague boycott doesn’t seem likely to succeed. […]

In the end, the marketing folks at DC Comics got exactly what they wanted, as the weird comic, which was described as the Joker’s “most bizarre caper yet,” received a huge amount of attention, arguably more than it deserves.

But is it actually translating into stratospheric sales? Even if this was an overreaction, what’s so special about yet another story overusing the Clown Prince of Crime? 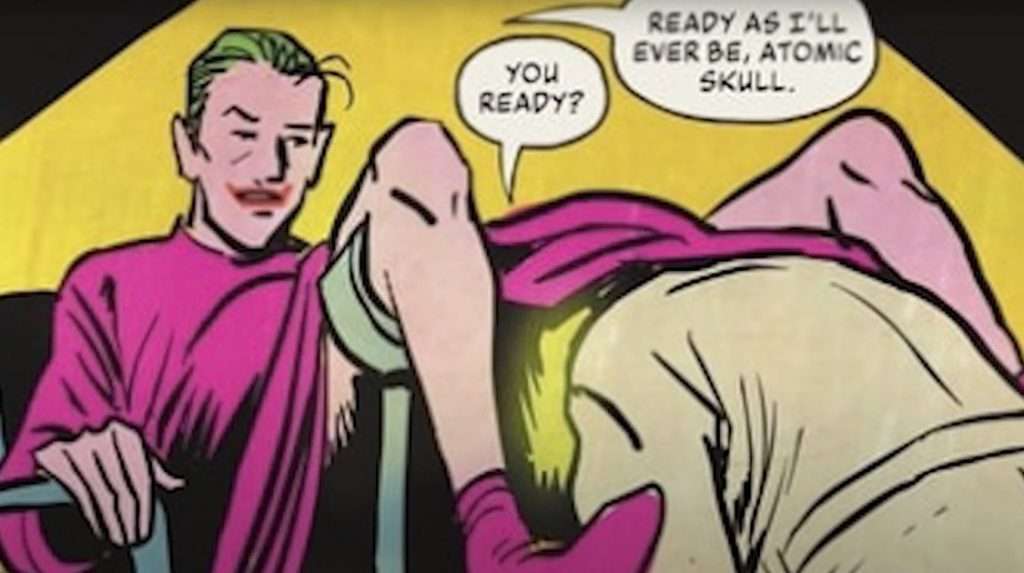 Even CBR’s made right-wing criticism out to look bad, with an attack on Fox News:

“No longer the Joker, now he’s the woker,” said Fox News contributor Joe Concha on Fox & Friends First. “…Apparently he got pregnant because somebody that he is in opposition to cast a spell on him. So it’s not like the Joker became transgender, it’s because… Who knows and who cares, right? It seems like everything now has to be impacted, including comic books, which is like the ultimate escapism for children and even adults alike.”

[…] Despite their intense scrutiny of Joker’s pregnancy, none of Fox’s reporters appear to have fully understood the comic or context that the story appears in. “Knocked Upside Down,” penned by Matthew Rosenberg, illustrated by Francesco Francavilla and lettered by Tom Napolitano, is a backup story in The Joker: The Man Who Stopped Laughing #4. Thus far, all of the backup tales in the series have leaned into an absurdist take on the Joker that parodies his wacky appearances in previous eras, particularly the ’50s and ’60s.

Just how this alleviates concerns of political bias, I have no idea. Even in the Silver Age, this would’ve been viewed as gross, what with vomiting out some kind of chemical mud that turns into an offspring. But this attack by left-wing apologists was fully expected. And these are the same people who’d be fully willing to excuse DC/Marvel’s constant reliance on company wide crossovers to boot. Even if Joker wasn’t truly pregnant, that doesn’t excuse the crudeness employed, nor does it excuse how Zatanna was once again forcibly made to look incompetent.

We could honestly do without these apologists repeatedly defending the Big Two’s worst samples of their modern output. So when will they just retire from the business already and quit precipitating an already dire situation?