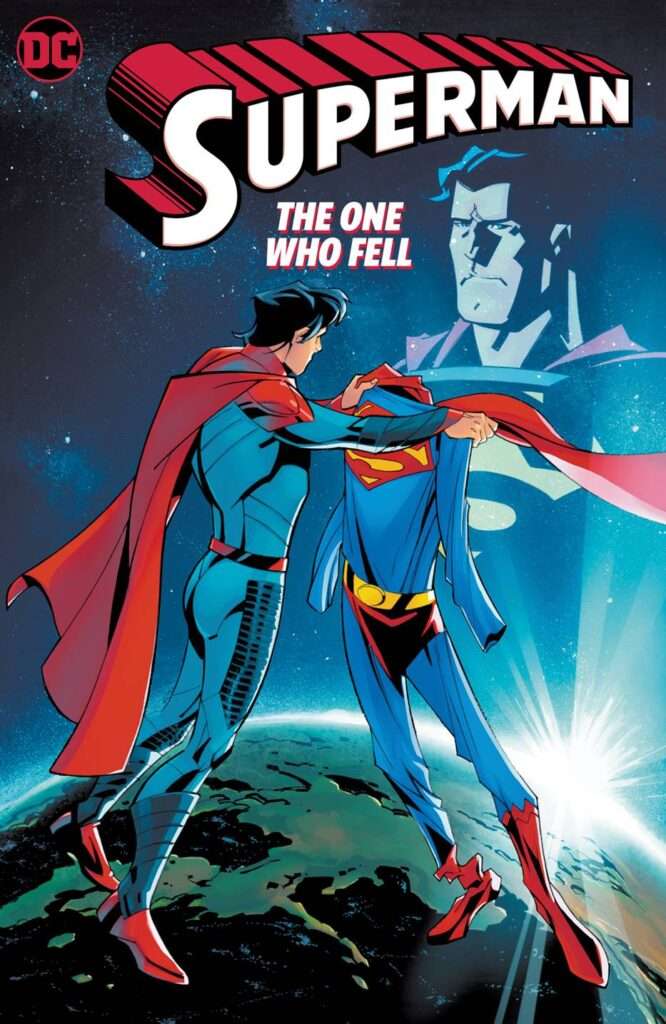 The Valdosta Daily Times wrote a short item about a Superman trade collection of “Superman” Nos. 29-32 and “Action Comics” No. 1029. titled The One Who Fell, and they admit it builds on what’s already proven failed formulas:

The story arc connects a recent “Superman” run with “Superman: Son of Kal-El.” And “The One Who Fell” feels like a transition storyline – one that’s kind of connected to what went before while only hinting at what might lie ahead. And fairly unsatisfactory overall.

[…] “Superman: Son of Kal-El” is the story of that son who takes on the mantle of his father as Superman … but again that is another story in a since established comic book.

[…] This transitional storyline is confusing and disjointed. In the early chapters, Superman seems to be literally falling apart then the superfather and son are whisked to what seems to be the start of the adventure about halfway through the book but with a different outcome than the earlier pages.

So, in terms of a storyline, “The One Who Fell” is one that fails.

Wow, isn’t that being at least halfway honest about something. DC is so desperate to get from point A to point B with passing the baton to a son who’s been intentionally characterized as bisexual to check a SJW box, they’ll go to such lengths to craft a horribly sloppy story, entertainment and thinking value be damned. But then, let’s not forget how rushed they were to replace Hal Jordan with Kyle Rayner as Green Lantern back in 1994. This is exactly why mainstream superhero comics became such a shambles, because publicity stunts are all that mattered, not story merit.

The above story is something that shouldn’t be bought as a trade paperback any more than as pamphlets. Why, there’s only so much today from the mainstream that, if it has been compiled in trades, that too is a waste of good trees.