Comics Creator Apologizes for Bad Political Tweets That Got Him Fired 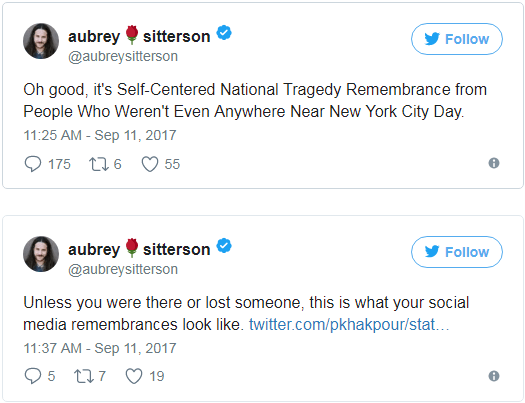 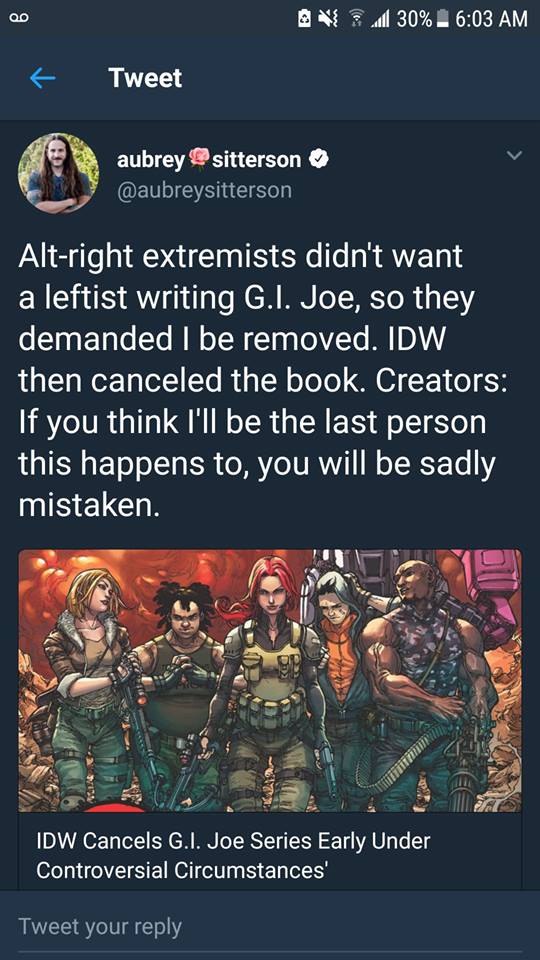 Remember the onetime Marvel editor and later scriptwriter Aubrey Sitterson, who caused an outrage primarily among GI Joe fans after he made repellent comments about 9-11, and lost his job on the series at IDW, where he was also employing SJW tactics? Now, 3 years later, he’s issued an apology for his poor conduct of the past:

A few years back I did irrevocable damage to my career after getting caught up in online political histrionics.

Don’t make the same mistake I did. Take a step back, assess what really matters, what really makes a difference, and realize that it ain’t on social media.

Well I have to say, this is impressive that he’s admitting capability of making a mistake. Not many of his fellow leftists are willing to do the same, but Sitterson’s set a surprisingly good example here by taking responsibility for making divisive statements. And that’s fortunate. With any luck, he’ll apologize for resorting to divisive politically driven story elements in a few of his writings too.

He may be dumped by some of his liberal brethren for showing the courage to admit he erred a few years back, but seriously, he doesn’t need their company. What he can do now, is continue with his career in the indies for the time being, while holding his head higher with the knowledge there are people who can appreciate his willingness to admit he made mistakes, and better still if he learns from his mistakes. That’s how the medium as a whole can be improved.