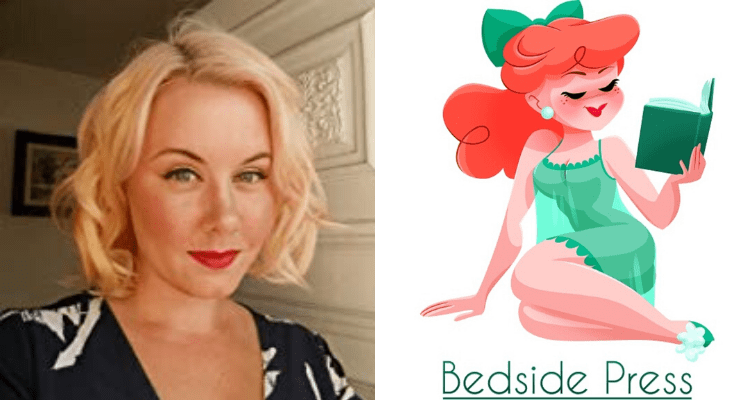 Hope Nicholson, the publisher of Bedside Press in Canada, is shutting down her company after she was accused of – and admitted to – sexual assault on a comics writer named Tres Dean, who’d written about it a year earlier on the Huffington Post without actually naming the culprit:

I was 23 years old, still in college (not-so-fun fact: male college students ages 18 to 24 are five times more likely to be sexually assaulted than members of the same demographic who aren’t in college) and attending a massive event for the industry in which I was just starting to find my footing. At a large party the first night of the event, I was introduced to someone with whom I was familiar through social media. It was immediately evident she wasn’t sober.

After what I’d generously estimate to be 90 seconds of small talk, she leaned forward and stuck her tongue down my throat. I pulled back. She proceeded to do it again twice more. I made a clumsy exit from the interaction, but periodically throughout the night she’d find me again and make further drunken passes at me, both physical and verbal. For further context, she was several years older than me and had rising stock in our industry. I was still very much at the bottom of the proverbial totem pole.

If this has any validity, what’s troubling is that, according to Clownfish TV, the comics press hasn’t said much, if at all. What does this suggest, that they don’t consider sexual abuse by a woman as serious as it is by a man?

One of the most troubling examples of this double-standard has to be Comics Beat, which apparently attacked the victim, and later removed the post doing so, and said:

Earlier today, we ran a story that was in line with our previous reporting on sexual harassers in comics. However, we messed up. We appreciate our community for holding us accountable. In running this story, we disrespected the victim’s autonomy and contributed to the problem, rather than mitigating it.

And why would that be? Was it because a man’s word is worth less than a woman’s, save for special circumstances the political left holds dear? How is that “in line” with whatever prior coverage they’ve given? I looked at the comments, and among the stuff people had to say in response, there’s:

@Martin, Important story? What story? There’s no story here, and I’d lay good money that there never will be again. It’s just like it never happened. Down the memory hole it goes.

So a stock apology for outing a victim of abuse against their wishes and allowing the abuser to spin their lies is “burying the situation”. Gotcha, Marty.

I’m with Fairuza – The Beat has enabled a lot of terrible people, not just this one, and we need more than one completely form-based apology. And given some of the people The Beat keeps pushing as so important in the industry, they should expect more in the future.

@Plumcha, The Beat didn’t “out” a victim. Tres Dean wrote a VERY public essay on Huff Post! And now, with the removal of the Beat story, if you google the name “HOPE NICHOLSON”, you get one (1) hit in which she’s exposed as a sexual abuser (along with the leftover echo of the now-removed Beat story). Face it, Nicholson’s “Spectacular Sisterhood of Superwomen” isn’t gonna talk about it any more. The story is more than buried. It’s gone… like it never existed. BTW, you should go read the comments on the piece at Huff Post in which he’s actually attacked for telling his story.

And then, most eyebrow-raising of all:

Amazing how that story was completely ignored by the Beat after Jones’ initial arrest.

This is most disturbing. I remember checking their database some time after Jones was sentenced to prison for 6 years, and in contrast to several other specialty sites who reported on his incarceration, the Beat didn’t seem to say anything at all. What indeed is their connection with Jones that kept them from commenting any further on the case? I do wonder.

I looked to see what newspaper sites were talking about the Nicholson scandal. One of the very few that were was the Winnipeg Free Press, which shied away from using telling vocabulary:

Bedside Press announced its closure shortly after founder Hope Nicholson confessed to inappropriate conduct towards a comic-book creator during a recent convention.

Authors of several projects slated for publication by Bedside Press are now looking elsewhere, including Beiko, for her anthology Gothic Tales of Haunted Futures. Other projects needing new homes include Ryan Harby’s Awkward Pause: A Collection of Honey Dill Comics and Amanda Deibert’s graphic novel Works For a Million.

No use of the words “sexual” or “physical”, I see. This is similar to when both the Beat and CBR posted vague reports about Dark Horse editor Scott Allie’s demotions after his own sexual/physical misconduct. How is anybody supposed to understand the gravity of the topic if they don’t know the exact situation involved?

This’ll have to serve as an example of the double-standard the liberal establishment’s got on sexual abuse. If it were a man accused, they may be more willing to talk about the case, but a woman, less so it appears. That doesn’t solve the problems at all.