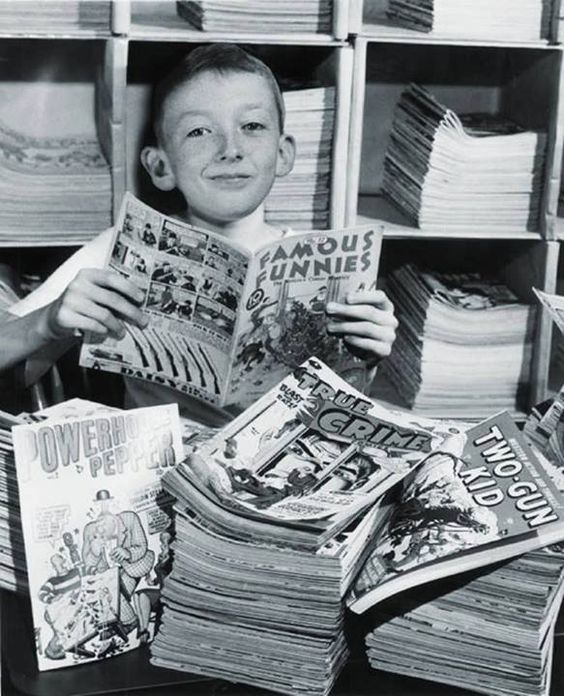 The comic book industry is in the throes of a multiyear culture war. Far left activists are infiltrating positions of influence to fundamentally alter what comic books are and what they represent. Whether it’s editors, journalists, or creators, they’ve been increasingly using the medium to deliver far left messages and narratives that are full of progressivism and identity politics. It used to be subtle and nuanced, but not anymore. Comic buying customers can no longer rely on comic books as a means of mere escapism or simple entertainment. Activists have begun to erode the foundation of a quintessential American industry and it’s in danger of collapse.

I submit that Comics Alliance is patient zero in the comic industry culture epidemic. 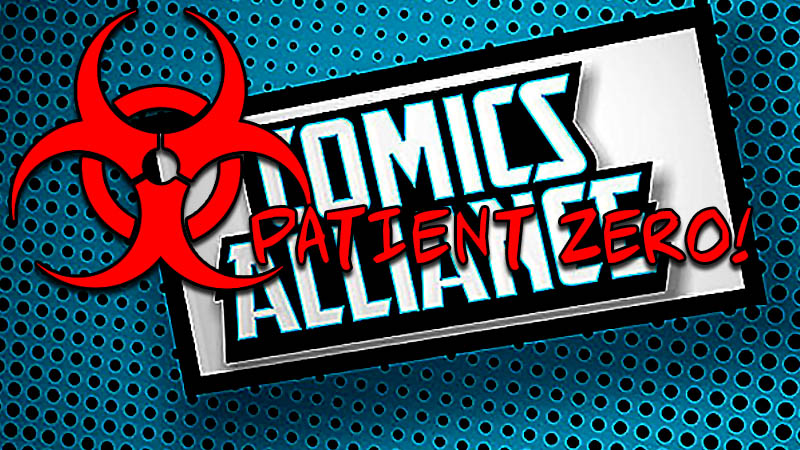 It’s unreal. Comics are apparently for “everyone” as long as “everyone” is first approved of and vetted. I’m getting crucified for saying “thank you” to readers but I shouldn’t be upset by that… no no, it’s just my life’s work and character that’s being assassinated is all. https://t.co/4EQAnWSIOq

During its time in operation, Comics Alliance was led by Hudson, Joe Hughes, Andy Khouri and Andrew Wheeler. Under their leadership the site became patient zero in an industry wide culture epidemic. They unleashed countless activists like David Brothers, Chris Sims, Kate Leth, Jenifer de Guzman, and Keiran Shaich on the industry and its readers. Comics Alliance writers take a hard anti-consumer stance based on far left progressivism and identity politics. Writers and editors champion many changes that left the industry in a steady decline and on the brink of collapse.

In 2012, Rachel Edidin (a then associate editor at Dark Horse Comics) penned an article for Comics Alliance lamenting geek masculinity and the plight of geek girls. Rachel claims “’Geek’ is a gendered noun” because every con is a GeekGuyCon unless otherwise stated. She also believes geek culture needs to “regulate masculinity very closely” and “fosters a more cerebral and less violent model of masculinity.” This is step four of the SJW Inclusivity Cycle.

When longtime members of geek culture resisted the demands of all the Johnny or (in this case) Rachel-come-latelys, there’s a “huge masculinity issue” that must be addressed. She even claims terms like “fake geek girl” are a response from men being threatened by females’ interest in geek culture and the cost of entry for women is “extorted violently--socially or physically.” This is puzzling, since violence is an inherently physical act, so the idea of social violence is a complete farce and another form of Orwellian doublespeak.

In 2016, Comics Alliance’s Jon Erik Christianson wrote about Batman’s fear of femininity. Christianson theorized the Joker had some effeminate traits (such as wearing makeup, brightly colored clothes and flamboyant gestures) because Batman is a hyper-masculine male power fantasy. And “through normative history and how it utilizes oppositional storytelling” Batman “is fundamentally stacked against queer and gender nonconforming characters.” 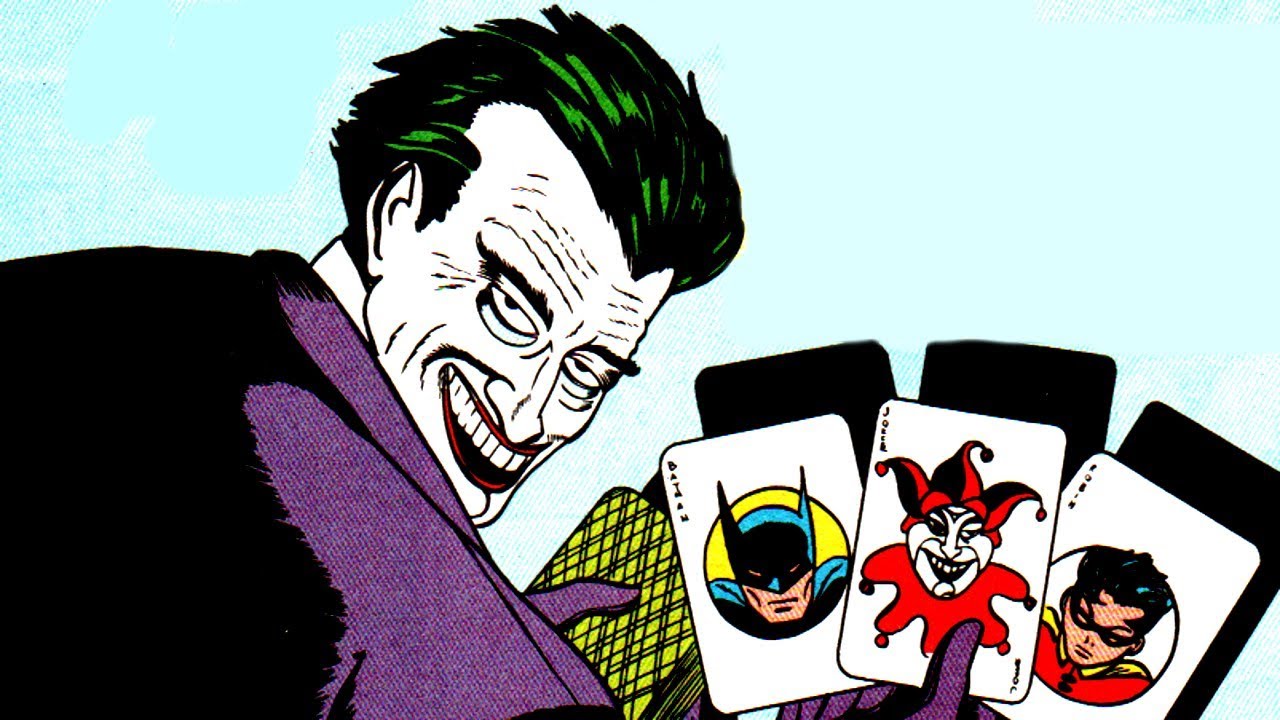 Christianson views these ideas through his very narrow purview of modern society and his beliefs about LGBTQ+ issues. Does anyone believe Bill Finger, Bob Kane or Jerry Robinson, the creators of Joker, had any of this in mind when the character first appeared in 1940? Of course not. They were creating a colorful villain for Batman to dispatch. Oddly enough, The Joker was supposed to be a one-off appearance, but he was so popular among readers at the time (despite his “effeminate” traits stacking the deck against him), DC Comics brought the Joker back and he became the most iconic villain for Batman and DC.

In August 2015, freelance writer J.A. Micheline used Comics Alliance to call for a boycott of Marvel and attacked executive Axel Alonso. She claims she watched Marvel Comics “disrespect and disregard marginalized voices” because they hired Tim Seeley and Logan Faerber, two white creators, for a Blade series. J.A. even explained, “I have no reason to think either creator will do a bad job on this book.” She was disappointed “one of Marvel’s most prominent black heroes would be handed to white people yet again.” Micheline pre-lectured readers how excluding writers from projects based solely on race, WAS NOT in fact a racist act.

Newsarama had details from an interview with Seeley:

…when Marvel hired me, I had just written ten years of a horror comic starring a female lead so I seemed like a good fit. So we threw around ideas of doing Blade’s daughter and when they announced it, Marvel was in a weird place because they had announced the hip-hop covers and a lot of people saw “here’s another black lead with an all-white creative team”

Micheline also chastised Marvel executives for being tone-deaf with their hip-hop variant covers. Micheline railed on about cultural appropriation, and corporate America profiting off black culture. She characterized Marvel EIC Axel Alonso, one of the most far left executives in comics at the time, as “unspeakably condescending and horrendously dismissive” for correctly characterizing the outcry as a “small but very loud contingent.”

Marvel Comics bent the knee and quietly cancelled Seeley’s Blade series. They immediately began casting writers based on the surface traits and sexual orientation of the characters, rather than the talents of creators. Marvel Comics even phased out traditional white male superheroes Iron Man, Captain America, Thor and Hulk. Replacing them with new racially diverse versions. This was during the height of the comic movie boom and interest in the original characters was at an all-time high.

Nobody knows how many prospective new readers went to a comic shop. Only to find their favorite MCU character excommunicated to appease agenda driven sites like Comics Alliance. We do know these changes coincided with a downward spiral of multiple years of market contraction. The loss of thousands of comic book readers eventually began to force the closure of hundreds of comic shops.

After going all-in on a more diverse character lineup Marvel Comics sales plummeted. In a (6) March 2017 interview with ICv2, Marvel VP of Sales David Gabriel said, “What we heard was that people didn’t want any more diversity” and “We saw the sales of any character that was diverse, any character that was new, our female characters, anything that was not a core Marvel character, people were turning their nose up against.” Gabriel committed the cardinal sin of countering the feelings of a very small minority of industry activists with actual sales data and customer feedback. The backlash was harsh and swift.

Within a day of the interview Mr. Gabriel tucked tail and changed his tune. He said, “And let me be clear, our new heroes are not going anywhere! We are proud and excited to keep introducing unique characters that reflect new voices and new experiences into the Marvel Universe and pair them with our iconic heroes”. His moment of honesty wasn’t sanctioned by Marvel leadership. It’s clear Marvel Comics are aware acquiescing to Comics Alliance and other activists cost them dollars and reputation with customers.

These three examples I’ve shared aren’t even the tip of the iceberg. The Comics Alliance archives are full of far more hateful rhetoric than anyone can consume. When the site closed its doors in 2017 few comic readers shed a tear.

Unfortunately, Comics Alliance continues to damage the industry long after its demise. Far left activists who used the website as a stepping stone into positions of influence within the industry only to infect and kill it are Comics Alliance’s ultimate legacy. Sadly, the comics business is on the verge of collapse and many of its current issues can be traced to the day Comics Alliance began spewing its plague on the industry.

For more information on Comics Alliance alumni and their reach throughout the comic book, Manga, and pop culture industries,please check out my video below.