Adventures in Poor Taste recently posted a review of Mary Jane & Black Cat: Beyond‘s premiere issue, where the reviewer saw fit to inject what decidedly amounts to little more than stealth propaganda against sex appeal. But first, look who the villain is in this tale:

This issue ties into Amazing Spider-Man #87 — in fact, you might want to read that issue first. There’s a slight spoiler in this issue in regards to that one. Speaking of spoilers, this is a spoiler-free review beyond what is in the preview, but there you can see the situation is a dangerous one for Peter Parker. The Hood wants his powers back and needs Black Cat’s help to get his hood back. What better way than to threaten to kill Black Cat’s friend Peter Parker?

I wonder why we’re supposed to believe a story employing a villain introduced in the early 2000s, who went on to be used by Brian Bendis in a story where the Hood assaulted Tigra, is something to look forward to? If they’re relying on that specific canon from the time Bendis was working on Avengers, instead of reinventing the character, that’s why this newer tale is actually rather tasteless. Now, here’s the matter that’s fishy:

MacKay writes both characters in a natural and realistic way. He also never puts Mary Jane in a position that’s too outlandish for someone who isn’t a superhero. The plot moves along quickly with lots of surprises, nods to Spidey villains, and more. It’s packed with content. My only gripe is the captions get a bit stacked on each other in two different scenes. 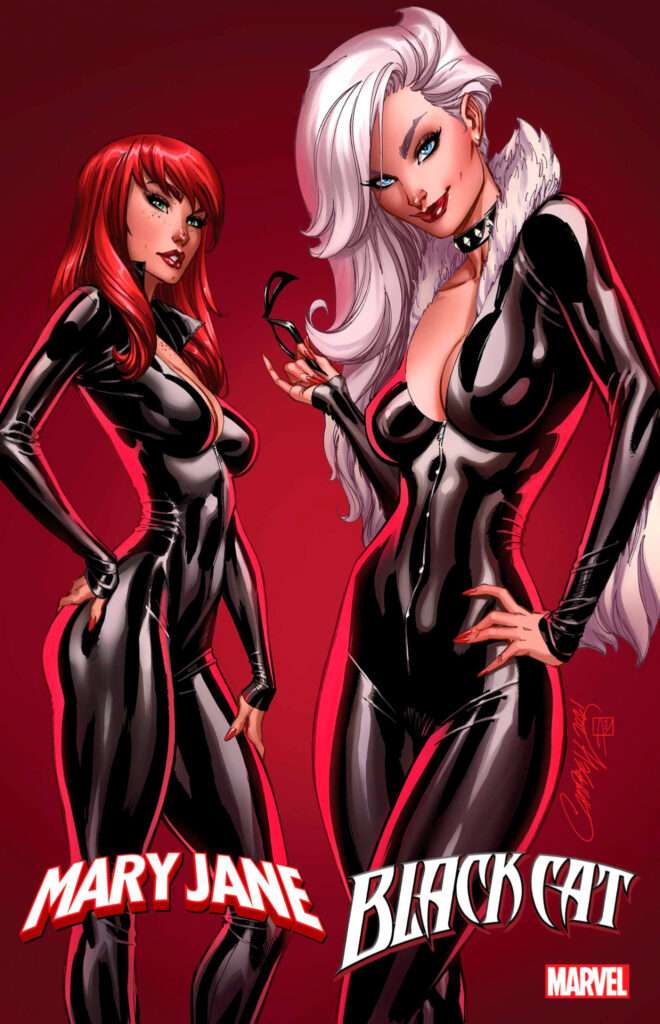 Villa does a good job with the issue as well, with a reminder of the beauty of New York represented well. The cover reveals both Black Cat and Mary Jane wear the iconic black leather costume, and while they are sexy in the book, they’re never overly sexualized. There are many little touches that add effect, like a character sharpening a blade and the blade blurring, or clap effects to help convey the attitude of a character.

And this is little more than a confession the reviewer is somebody who’s just too terrified and embarrassed by the concept of sex appeal to fully embrace or defend it. It’s disgraceful and insulting to many veteran artists who worked so hard to master the whole idea in the first place, and even Jack Kirby was among them. From a modern perspective, what “beauty” is to be found in a real life New York that’s been overrun by horrifying crime rates and corrupt politicians who’ve fascilitated the impending collapse of a once admirable metropolis? If you view things in that context, it’s hard to appreciate the vision this miniseries may employ.

There’s another review of this on Comic Bookcase where, while it wisely avoids the subtle propaganda of the prior review, still describes it as “cinematic”, and for anybody who knows Sean Howe once argued against making comics look like movies, it may not be reassuring to say this miniseries is like a blockbuster movie. That’s what brought down superhero comics in the first place, and hasn’t improved since. And to come within even miles of sex-negative hysteria isn’t doing any favors for the source material, considering Black Cat and Mary Jane Watson were built up as sex symbols years before, so it’s shameful certain so-called reviewers are using stealth tactics drawing from nervous, embarrassed positions otherwise lacking confidence in the concept of sex appeal.