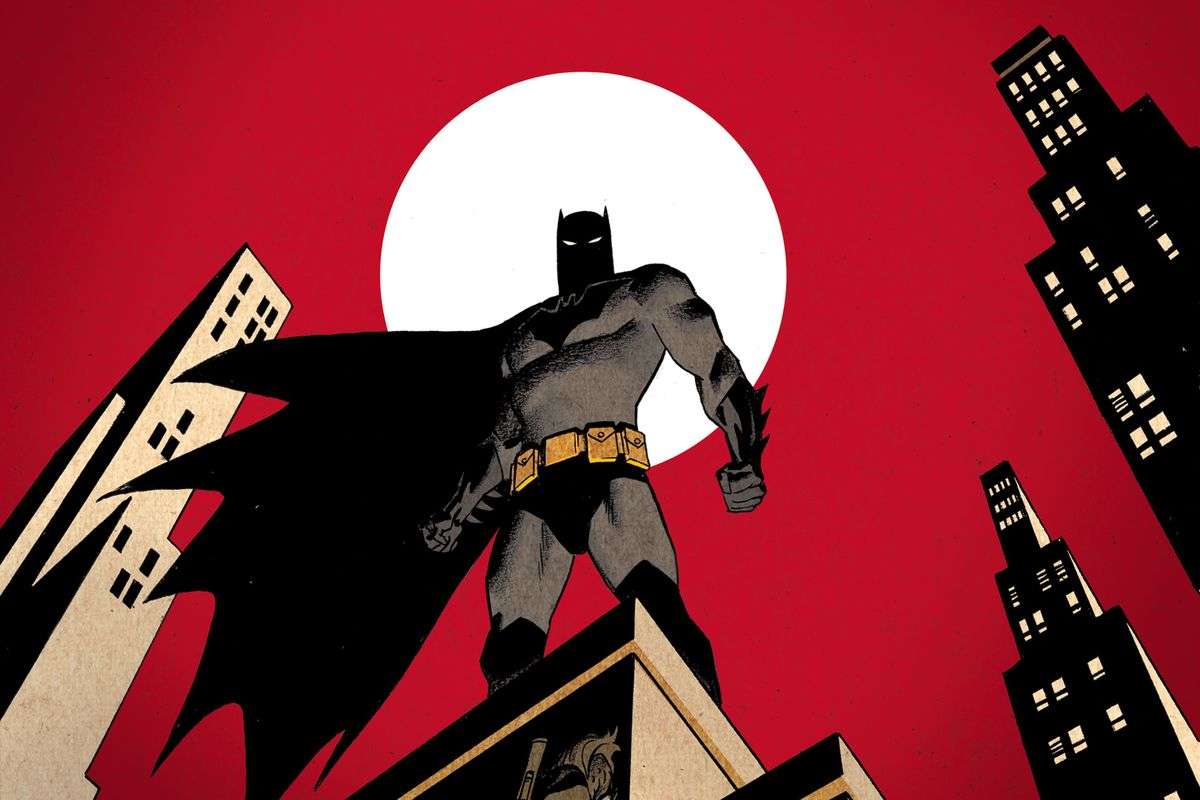 Bounding Into Comics reported on a recent podcast where Dixon relayed a futuristic story he’d written in Legends of the Dark Knight #55-57, where Bruce Wayne went into retirement:

Dixon responded, “Well, I would prefer to think that he retired. And actually I did write a future Batman story although it was re-edited weirdly to be presented as a contemporary Batman story.”

“Archie Goodwin approached me and asked me if I would like to write a three-issue mini that was basically toward the end of Batman’s career. An imaginary tale if you will, not necessarily supposed to be in continuity. And I said, ‘Cool,’ And Mike McMahon was going to draw it. I’m a big Mike McMahon fan,” Dixon relayed.

He then provided details on the story, “So I wrote it as a futuristic story and in it — in the original version we saw that Tim Drake had retired as Robin. He was a grown man with children, had a job in the tech industry. He’s living in the suburbs.”

“And Bruce Wayne comes to him for help and Tim’s like, ‘No, I left that life behind.’ That scene had to be cut in order to make it fit current continuity although the flying cars and ray weapons and bionics and all the weird stuff that happens that Mike McMahon drew so wonderfully goes unexplained because that level of technology and weirdness was not present in the Batman comics at the time,” he recalled.

“The other strange anomaly in this three-issue arc is Hadrian Armstrong, the General, who in the then current Batman continuity was a child, but in this arc is a grown man,” Dixon revealed. “I don’t know why they didn’t want it published the way it was, but sadly Archie and I had to work together to rejigger it as much as we could after all the art was done. So it’s a weird reading experience.”

“But I think if you find it and read it with the idea in mind that it was meant to be set in the future you’ll understand what the hell is going on. And I just didn’t lose my mind for three issues,” he asserted.

Returning to the original question, Dixon answered, “But yeah, I prefer to think that Batman retired. Maybe after a crippling injury or problems resulting from Bane breaking him. I like that idea.”

Or how about after defeating the Joker for the final time, in a tale where the Clown Prince of Crime falls into one of his own deathtraps? There were stories like those in the Bronze Age when Denny O’Neil was mainly in charge of writing (and also guys like Steve Englehart and the late Len Wein), and such a premise could work just as easily today. That is, if it weren’t for all the PC advocates who’ve since taken over the asylum. And of course it’s a shame Dixon and McMahon’s story was tampered with, providing another example of corporate-based idiocy and hysteria run amok in the 90s.

Besides the above history relayed, I also couldn’t help notice something fascinating about the cover for LOTDK’s 57th issue, where Batman’s holding a gun, no matter how futuristic: 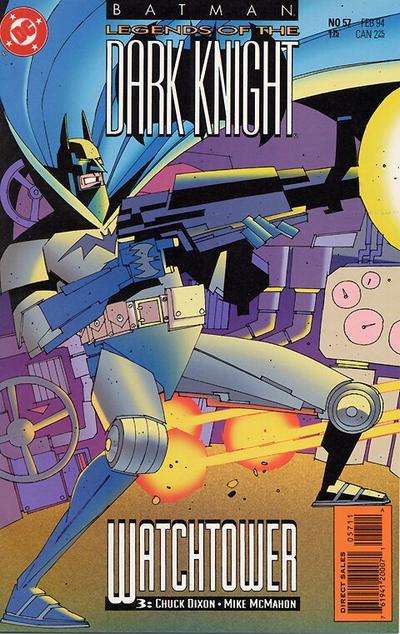 This is quite interesting due to a paradox in how Batman’s been marketed, in contrast to Daredevil, which had a similar item on the cover from issue 184 in 1982, illustrated by the one and only Frank Miller, which looks like this: 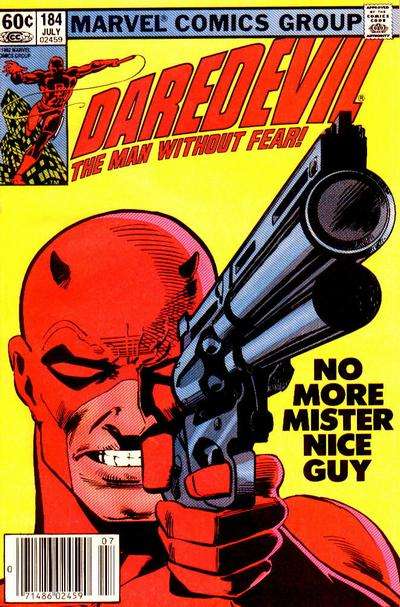 According to Newsarama in its pre-Games Radar format, the cover with DD holding a handgun wrecked all chances of getting a TV cartoon approved in the early to mid-80s, all because the network thought it symbolized too much violence.

Now how come it’s perfectly okay to market a hero like Batman, whose world has been built on considerably violent and gruesome content for decades – which has remained a firm staple ever since O’Neil restored this vision from the early Golden Age years after it was all but toned down in the Silver – for animated cartoons aplenty, yet Daredevil can’t be accepted on these grounds, despite having tread them for years, and just like Batman, Daredevil comics too could be more violent and grisly come the Bronze Age? Let’s not forget the time when Miller himself depicted Bullseye murdering Elektra in most sadistic fashion around the same era said DD cover went to press. I suppose the excuse at the time was that DC, as the property of Time Warner since the 70s, had more PR clout, so they could get cartoon shows greenlighted pretty easy, whereas Marvel’s owners like New World Pictures didn’t have that kind of influence, so it wasn’t as simple. Either way, that’s got to be one of the most hypocritical approaches to approving cartoon projects of the times. Of course, IIRC, even the original Teenage Mutant Ninja Turtles comics were far less family friendly than the ensuing TV cartoons, so again, there did seem to be some very peculiar double-standards at work back in the day when Marvel ran an animation studio circa 1980-93.

And while it may have been over a decade after the whole flap with DD at the ABC network, think of how the sight of Batman holding a gun, no matter what kind of futuristic sci-fi effects it’s equipped with, clearly raised none of the same concerns with network executives as DD’s cover by Miller allegedly did. That’s something to ponder alright. It’s also surely one of the most standout examples of hypocrisy in the USA-based approach to marketing animation in contrast to Asia.