Ever since Black Panther hit the silver screen, there’s been no shortage of critiques regarding the film’s significance. Some, like the University of Missouri’s Christian Rozier, ponder whether the fictitious land of Wakanda could have been all of Africa if not for European colonizers.

Though Rozier glosses over just what made Wakanda “hyper-advanced” (the alien meteorite of vibranium, hel-LO?) what I actually found interesting is his view on who holds what politics in comic books and their films.

Despite conceding he is “pretty ignorant” about the “complex” superhero universes, the professor/filmmaker says that the “politically progressive” stances in superhero films are always held by the villains. This isn’t entirely accurate and certainly doesn’t apply to myriad situations in actual comic book stories. Perhaps a better word to use would be “villainous.”

What Rozier avoids is that all these allegedly progressive individual impose upon others what they desire by force.

The professor’s first example is actually villain Bane, a Batman nemesis whom Rozier calls “a passionate proponent of the redistribution of wealth and self-governance.” But of course, despite these good intentions (and you know what they say about good intentions), Bane and his henchmen don’t hesitate to kill, to hold kangaroo courts, and to threaten a major city with a nuclear bomb. 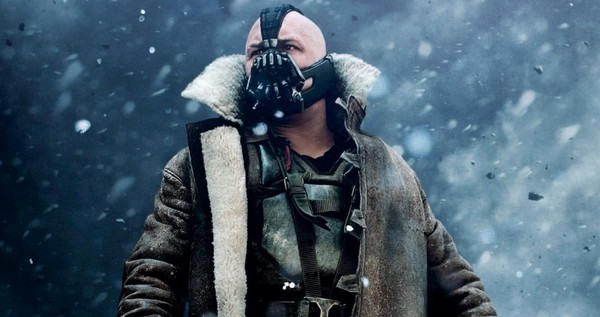 The next example comes from 2009’s Watchmen where “the character of Ozymandias was odiously arrogant but motivated principally by a desire to end the Cold War and create a multinational coalition against a common threat.” Ozymandias is a “villain” in the film only because 1) he implicates teammate Dr. Manhattan, and 2), he destroys numerous metropolises instead of a relatively small portion of New York City’s population as was the climax in the 1986 comic book series.

There are several other notable examples in comic book stories of superheroes acting villainously, utilizing Bane’s and Ozymandias’s “progressive” examples (albeit, perhaps, with less civilian violence).

The Squadron (which debuted in the pages of The Avengers back in 1971) is Marvel’s version of DC’s Justice League. Following a devastating psychic attack by an alien entity, a mind-controlled Squadron and United States military wage war on the rest of the planet. But after the alien is finally defeated, the Squadron decides to take complete control in order to quell the chaos left in the wake of their attacks against other countries.

However, one of their number — the former president of the US who had given up superheroing for politics — dissents. He tells his teammates that they’ll have to become dictators to achieve what they want, and the general population will not be happy with that. Over his objections the Squadron proceeds with their plans, which include gun confiscation, “behavior modification” of criminals, and much more.

In a similar vein, 1999’s The Authority by DC is comics’ biggest progressive wet dream ever. A team of wildly powerful heroes decides, like Squadron Supreme, to take over the US government after it doesn’t heed warnings about using an inter-dimensional travel device. Perhaps what’s most (unintentionally) hilarious about the story in which this takes place (“Coup d’Etat”) is that the writer, Micah Wright, was shown to be a fraud; he had claimed to be an Army Ranger seemingly to bolster the stature of his Iraq War criticisms, as well as those regarding other foreign interventions.

Not only does the Authority assume control of our government, they constantly castigate and belittle our elected representatives as corporate tools and puppets, all the while spouting liberal talking points.

Read the whole thing at The College Fix