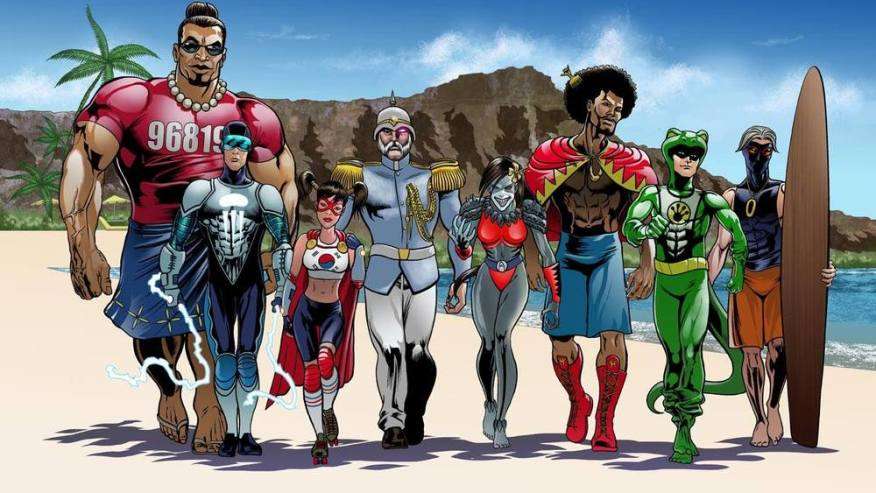 Here’s an interview on KHON2 from Hawaii with a local artist named Christopher Cavalho, who runs a small company called Mana Comics, through which he’s produced his own superhero fare drawing from Hawaiian culture:

While the pandemic continues to keep events closed, one local comic book artist is using this time to open up new stories that double down on the value of Hawaii culture.

Based in Ewa Beach, Christopher Caravalho has self-published 15 comics so far with the help of family, friends and the community contributing to his Kickstarter campaigns. His company Mana Comics features superheroes from Hawaii that celebrates different faces and local kine humor. […]

The pandemic has given Caravalho a lot of time to reflect on the types of stories he wants to continue sharing, to double down on the value of ones that share local culture. 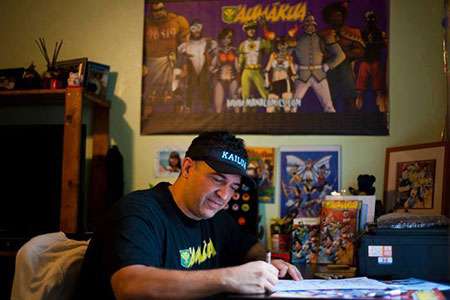 And he’s clearly doing it in a way that doesn’t come at the expense of mainstream, corporate-owned comics, plus, he’s celebrating local cultures in a way that’s surely far less PC than what the mainstream allows today. Why, who knows if he’d be able to convey a genuine sense of humor if he worked in mainstream now, with the way PC’s badly affected the USA mainland?

Last year, Caravalho was able to build upon the Mana Comic Universe and released several new books, including the Anuenue Warriors — a cosmic ʻohana sent from the heavens to save the world from darkness — and Sistah Shark 3, which follows the ongoing adventures of a local girl superhero from Waimanalo.

They join a mixplate of heroes: Royal Hawaiian Guard, Geckoman, Portuguese Man o War, Super Size Sole, Seoul Hot, Mighty Moke and the Phantom Surfer. Together, they battle any threat to Hawaii and its people.

“I was raised in the island culture and with the island humor watching legends like Andy Bumatai, Frank Delima and Uncle Rap with their TV specials. Totally unfiltered, but total local,” he said. “When I’m writing my stories, especially when my characters are interacting with each other, I try not to water it down because I want the readers of my book to have that true island authentic flavor that reminds you of home.”

During the pandemic, Caravalho made the decision to deviate from the normal superhero genre and reconnect with his native roots by writing “Mana Legends: Kamehameha #1,” which explores the journey of young Kamehameha on his journey to become the King who would one day unite the islands. 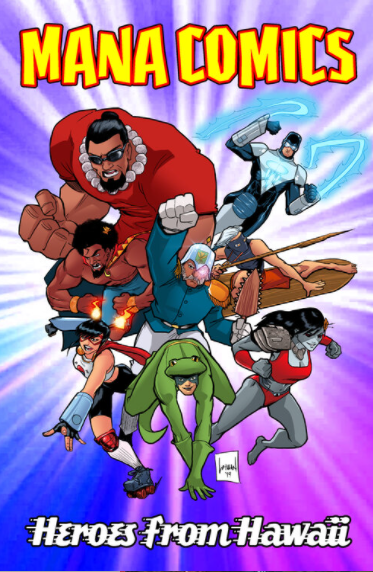 The true way to deviate, however, would be to emphasize adventurers who aren’t described as superheroes per se, and they can still wear all sorts of wacky and colorful outfits in the process, drawing from folk costumes, and other ideas like local cuisine customs. For now, let me congratulate the guy for conceiving his own approach to adventure fare, and showing pride in building on ideas stemming from local Hawaiian culture, which can serve as a way to educate people what specific overseas cultures can be like, and what can be the best parts of them.