The past few days have been interesting for my wife and I. We’ve been dealing with a great amount of flack from the “social justice” factions in the art and animation community.

My wife is a fairly popular artist on Twitter. A lot of people love her for her willingness to support new and less popular artists, as well as her weird silly tweets, and mid-century influenced art style. She had a lot of connections within the animation industry at the time.

I’m a character designer looking for work in Burbank. Rt’s are appreciated. pic.twitter.com/3lyEfKyzAp

It all began the weekend after my wife’s birthday. While we were out celebrating with her parents, a white, trans, feminist messaged my wife. She asked her about a Tumblr post from 2015 concerning views about ‘transgenderism’. The accuser asked specifically if my wife “secretly believes” that transgenderism is “a sin according to the Bible”. The accuser had a very interrogative, almost threatening approach and even endeavored to make my wife complicit in or feel guilty over the suicides of trans kids. My wife responded a few times, but ultimately didn’t have time to fully address the accuser’s questions. 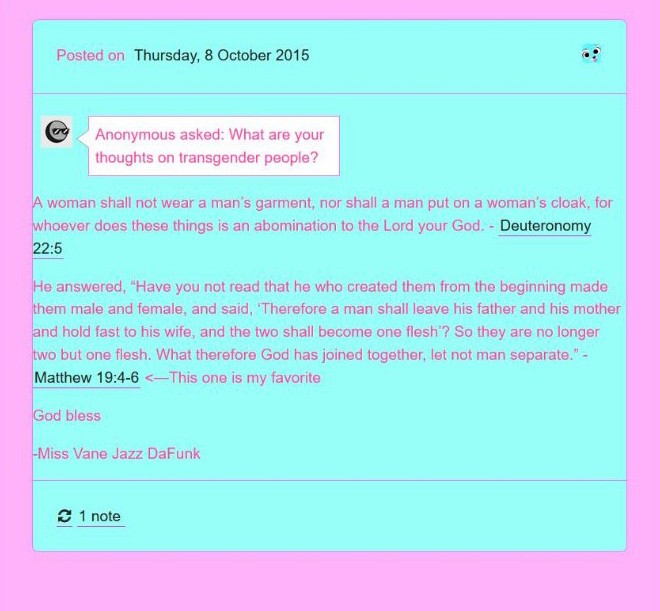 The following day, this accuser demonstrated that they had been dissatisfied with my wife’s slow response time. They took a screenshot of the Tumblr post, along with a couple of Twitter posts of hers regarding the matter, and even a few of my tweets on the subject, all to create a public callout post to slander my wife. She was very specific that my wife “was not public about it.” Making it clear that the intent of the post did not have anything to do with what my wife had recently said, but rather what she privately thought in spite of the utmost respect my wife regularly showed for people within the LGBT+ community. 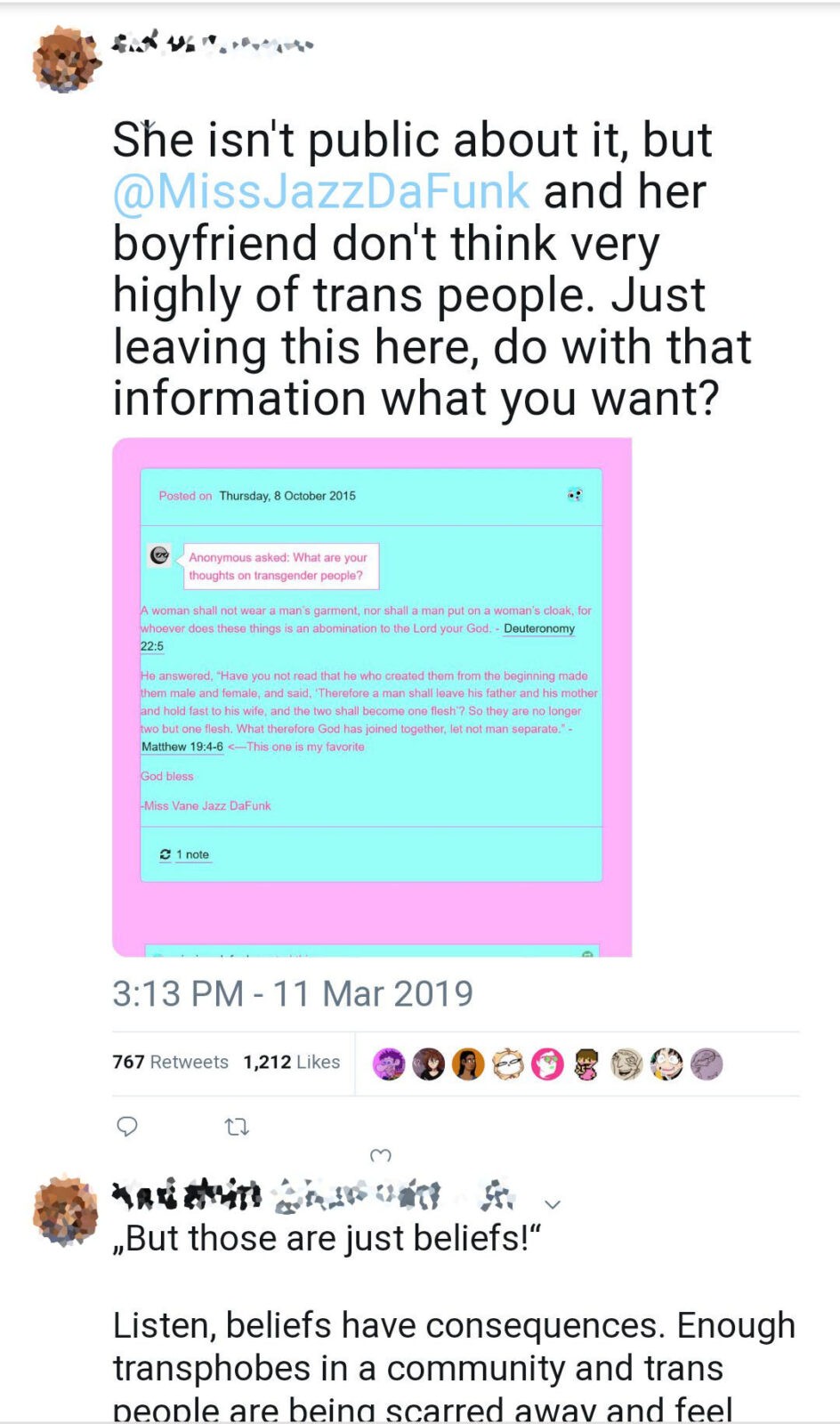 The post spread like wildfire among the art and animation community. Many of the artists supporting the callout, some of them employed at major studios, expressed that my wife and I deserved to be unemployed and miserable. There were accusations that I abused my wife and subjected her to conversion therapy and there were many who expressed disgust and disappointment as well as hatred. During this entire time, my wife and I quietly watched everything burn around us. 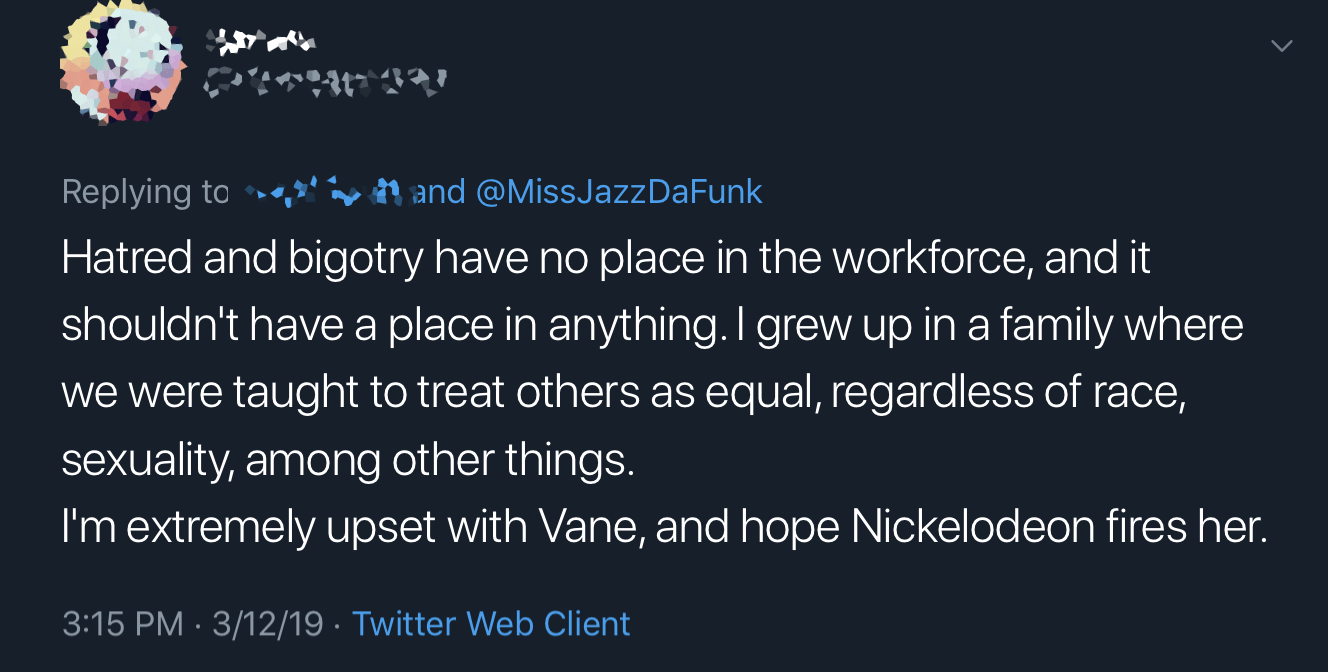 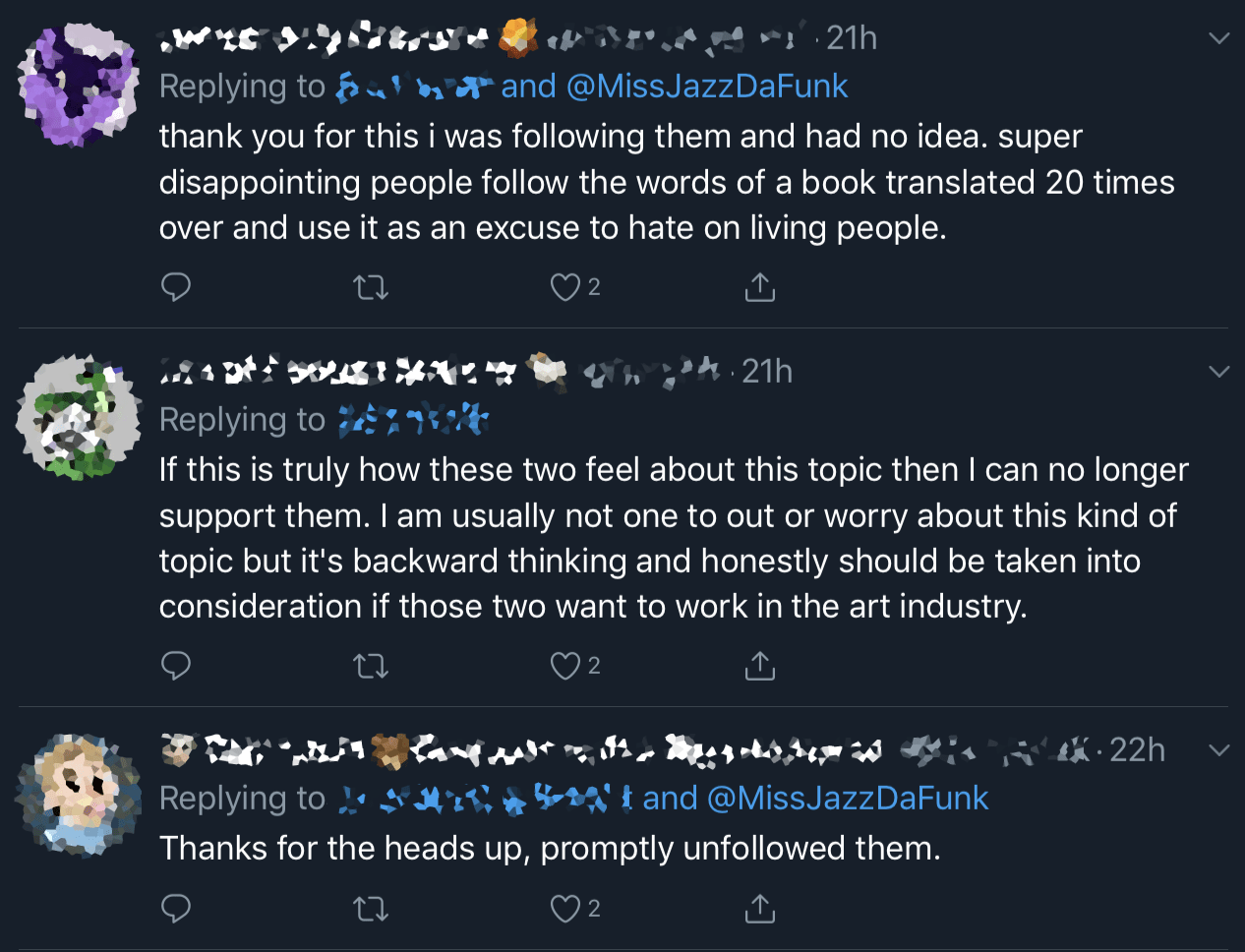 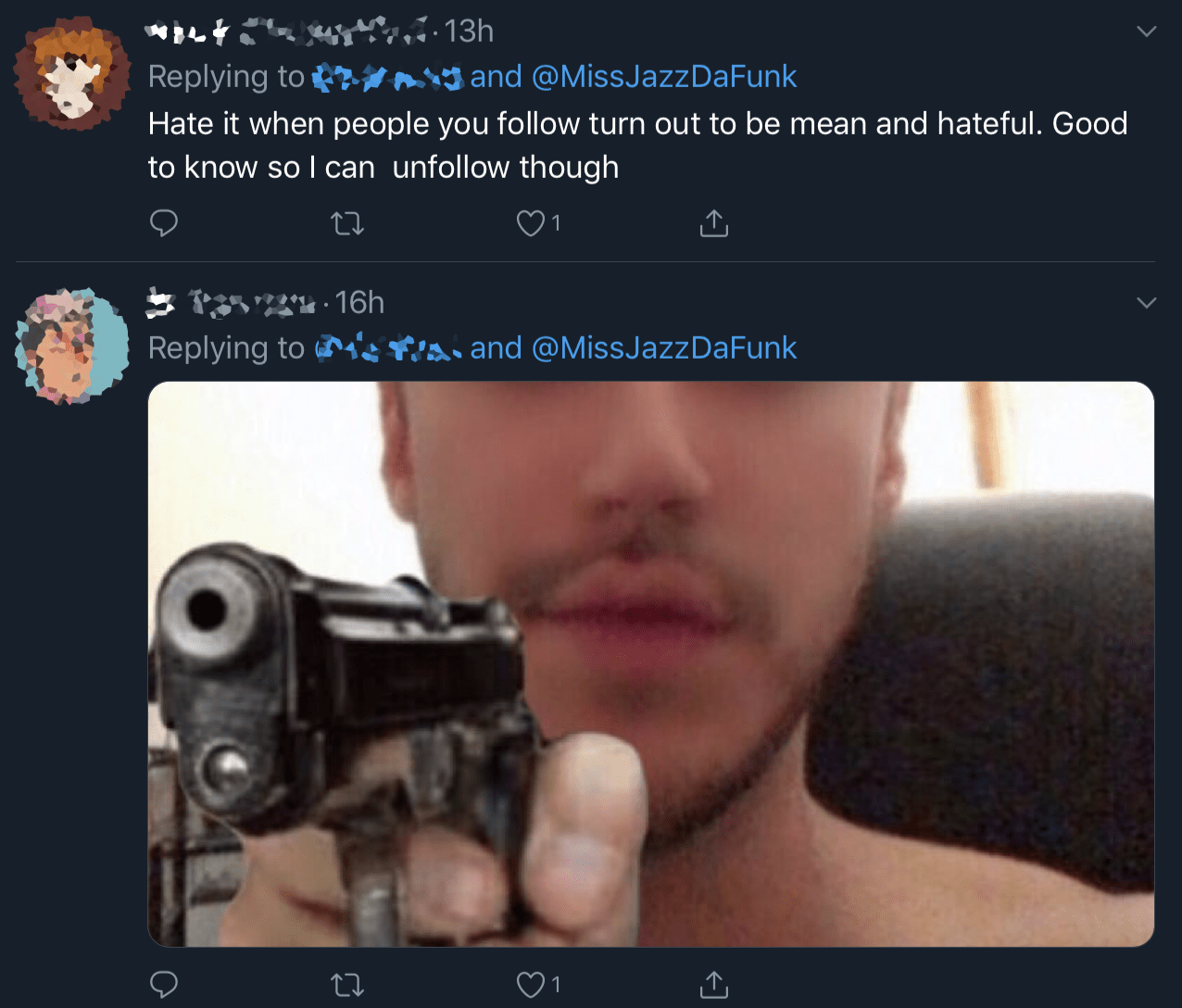 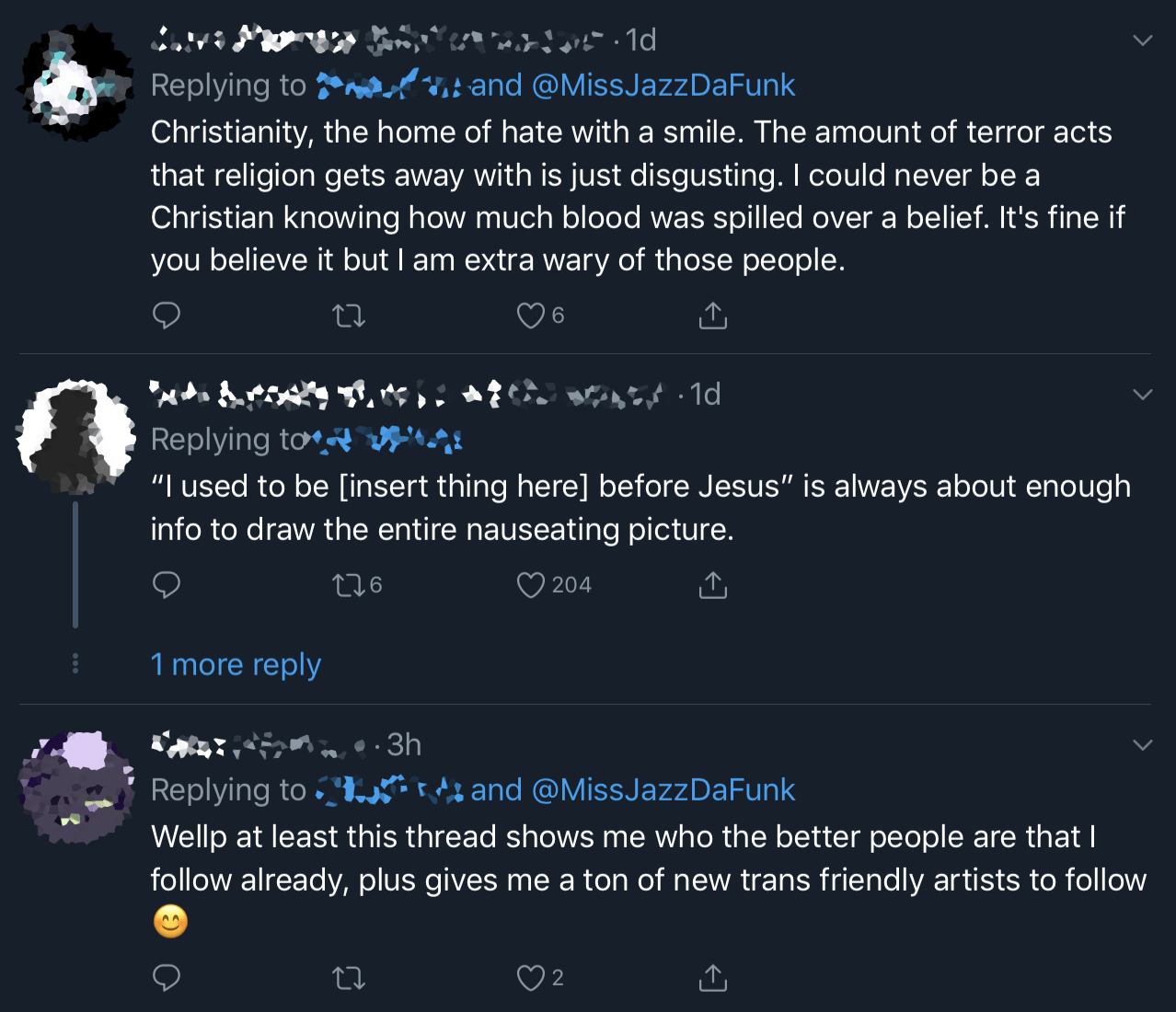 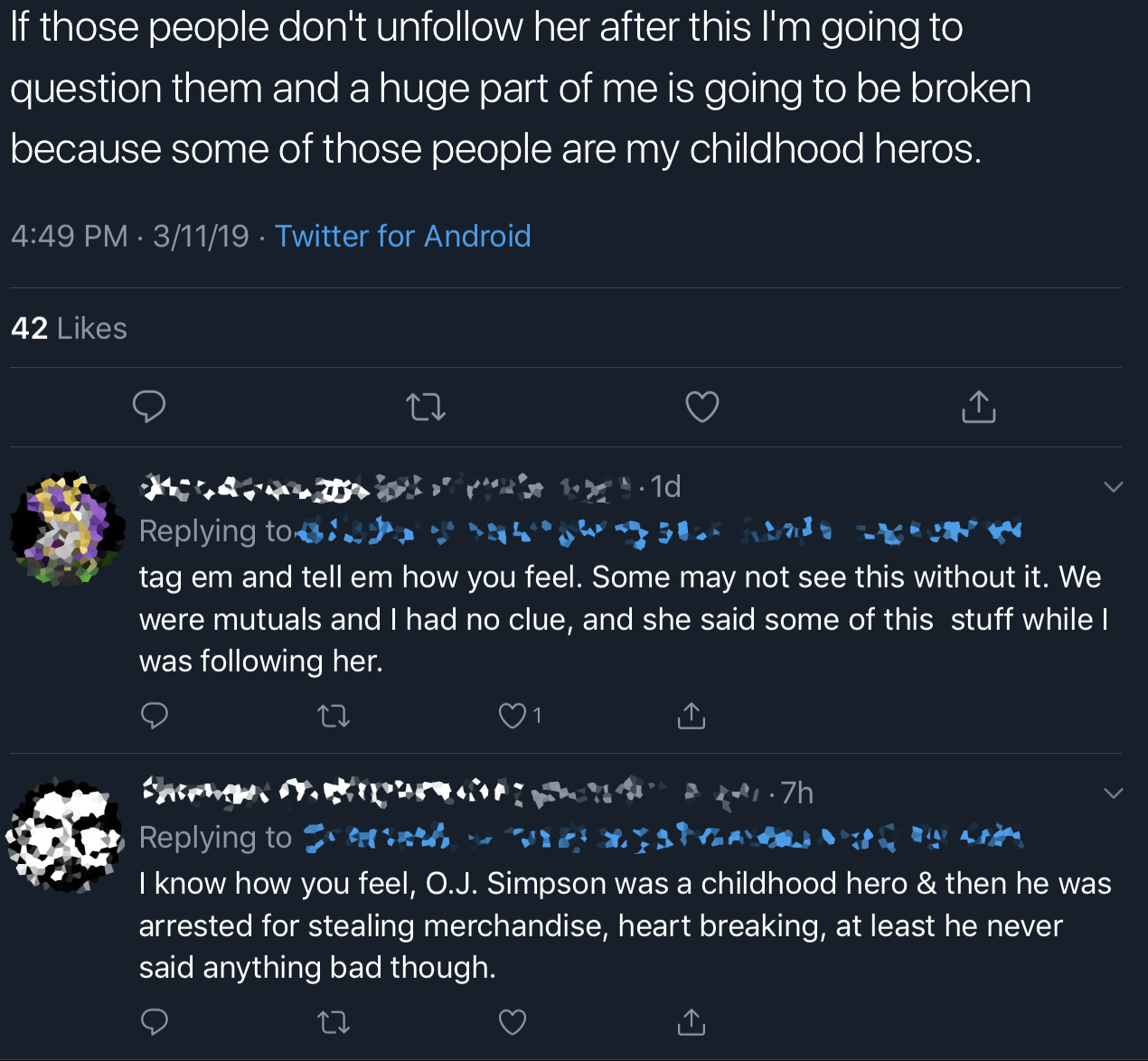 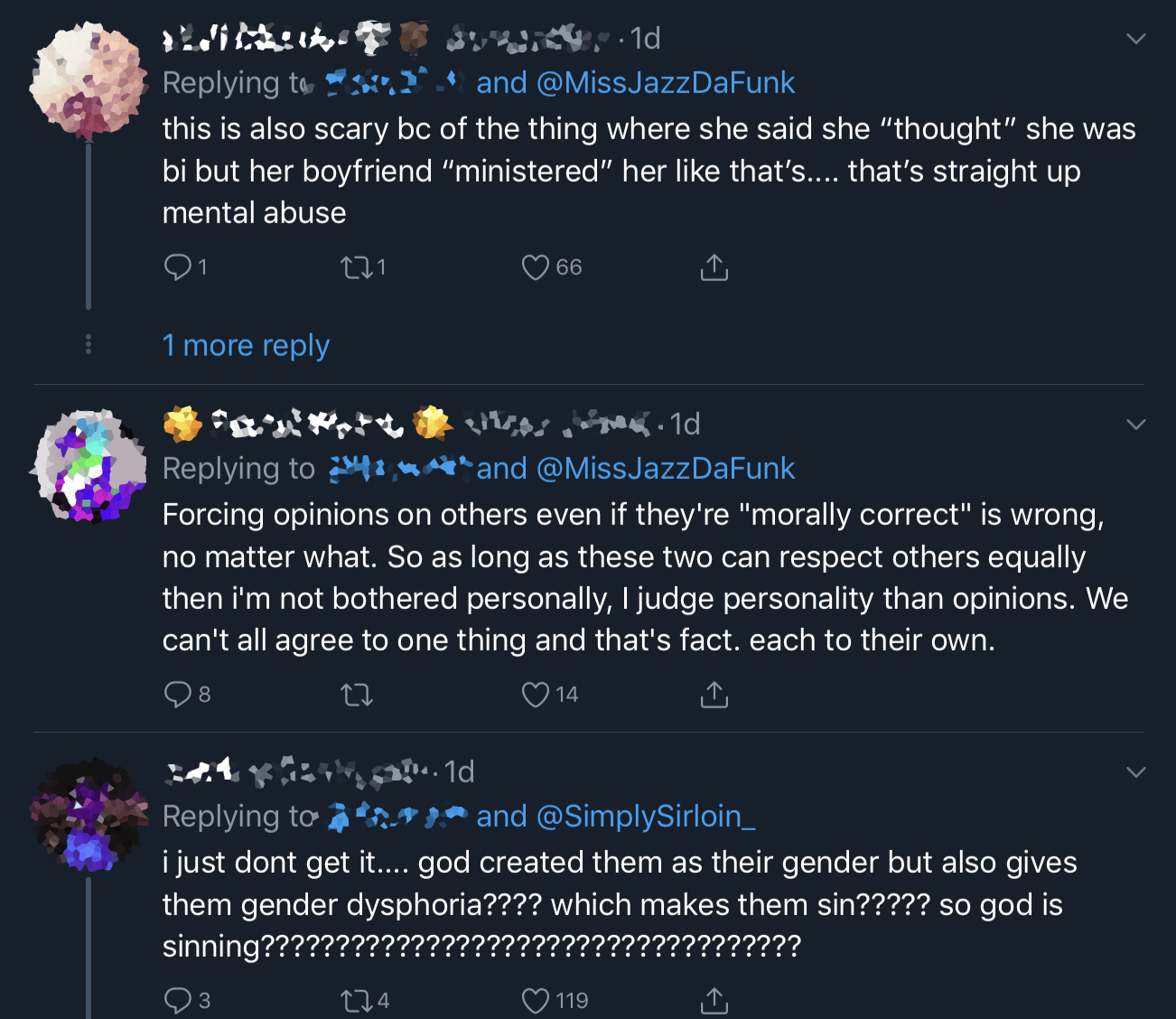 The strange thing is that the accuser, in order to have compelling evidence that my wife was “transphobic”, would use plenty of my recent tweets concerning transgenderism. However she would refuse to talk to or argue with me on the matter personally. Instead she continued to use “guilt by association” to attack my wife over my views. Furthermore, if they had believed that I was abusing my wife, or if I was somehow controlling her sexuality as had been claimed, it would have been better if they had taken it up with me instead of seeking to destroy my wife’s career. 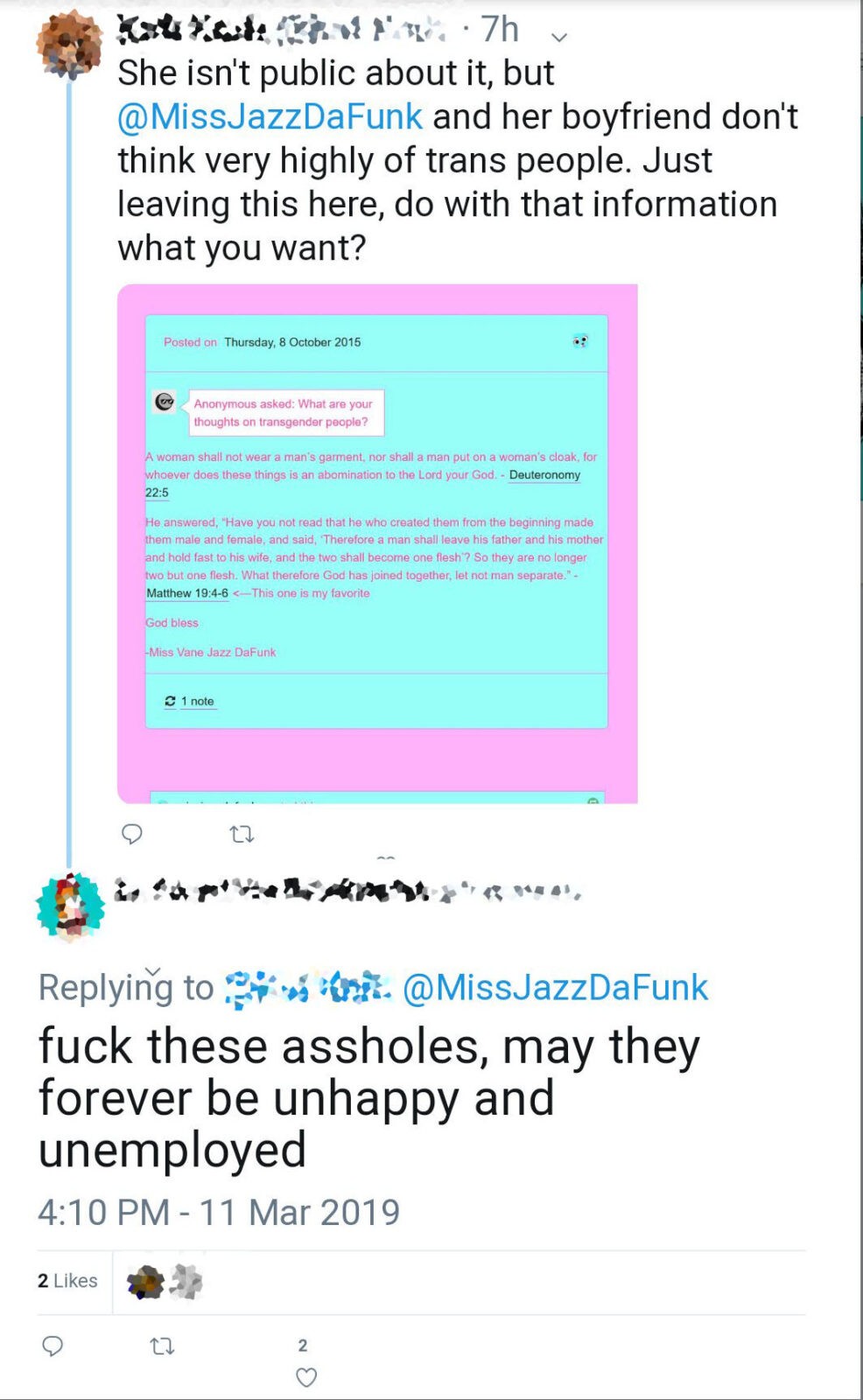 In spite of the maelstrom of slander and rejection, we’ve managed to receive morale and support from other artists and fans of our works. However, they’ve had to do so in private as many were experiencing harassment for merely following us. 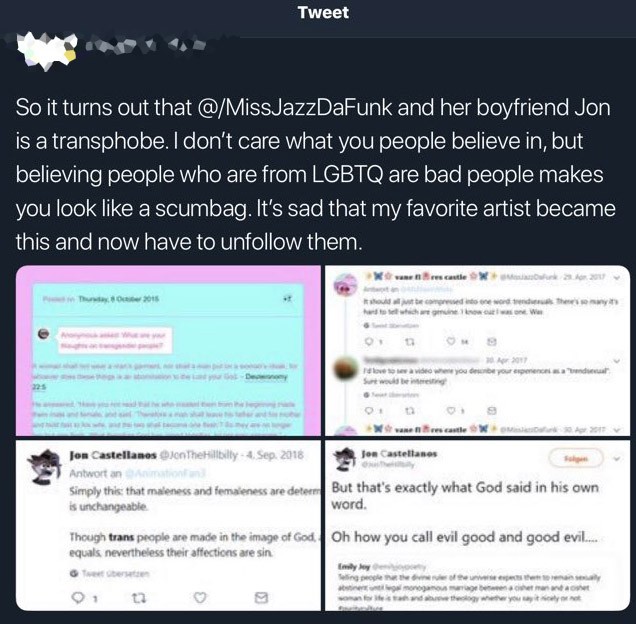 This now opens up a whole bunch of questions for us both: What will happen to our careers in the animation industry? Will we be safe? What does this mean for artists who follow the Christian faith? We don’t know what the future is going to be. With many in the animation industry holding such a dogmatically intolerant and unforgiving worldview, where opinions and beliefs are akin to a physical threat, It doesn’t look good. Even an apology would likely not satisfy the social justice zealots if it turned out they felt as if you did not sincerely conform to their religion’s demands.

It’s a fight for control ultimately. I hope others won’t be so quick to impugn creators for their personal religious beliefs.