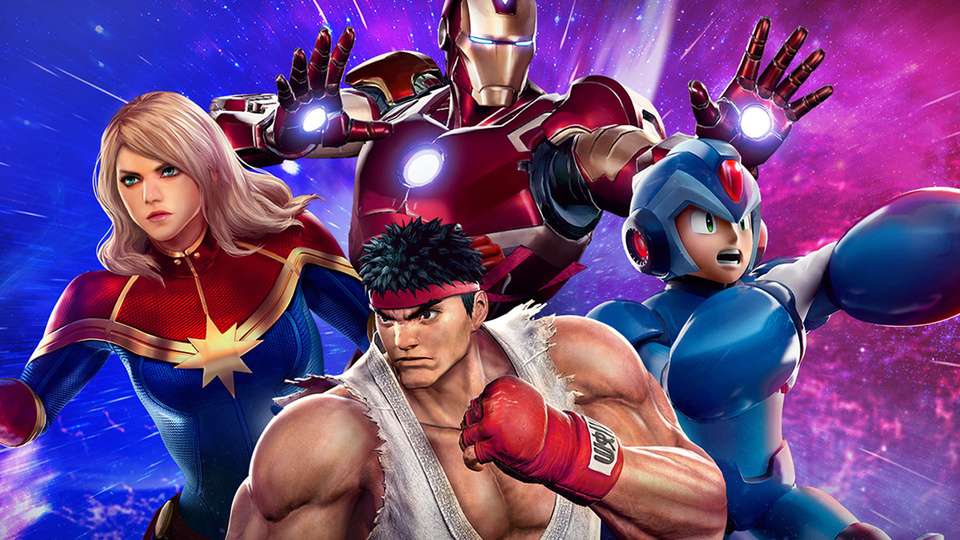 Event Hubs recently addressed news of a Capcom production director who’d like to do a crossover with not just Marvel’s stable of characters, as seen in the 1990s, but also with DC, while talking about production for the 6th Street Fighter game that may be due to debut next year:

In a recent rapid fire interview from Game Informer, Street Fighter 6’s director Takayuki Nakayama and producer Shuhei Matsumoto sat down to field 118 questions about the upcoming title. Here, Nakayama stated that his most wanted collaborations for Street Fighter are none other than DC Comics and Marvel Comics, though he notes that making that happen would be “really difficult.”

Among the long list of questions, the interviewer asked the Street Fighter 6 developers what series they’d most want to see Street Fighter crossover with. Nakayama was quick to respond and bring up DC.

“I’m a big fan of DC Comics, so it would be fantastic to collaborate with DC and Marvel Comics,” started Nakayama. “It would be fun, but really difficult.”

Such a crossover would be very difficult to pull off, as Nakayama notes, due to the rights hurdles that would be needed to make it happen. Even with Marvel Comics, a company that has worked with Capcom in the past to make several Marvel vs. Capcom entries and other Versus titles, making the stars align to get another Marvel vs. Capcom game made has proven to be a struggle.

Oh, it’s worse than that. Both companies are so woke these days, chances are very high any project they work on would result in little more than embarrassment. Why, even this new 6th Street Fighter installment was said to be infected with PC elements like parting sex and gender as though they were always separate meanings. More on which anon. For now, look what else turned up in this whole discussion:

That being said, it would be incredibly interesting to see a DC vs. Capcom fighting game. However, Warner Bros. holds the rights to the likes of Batman, Superman, Wonder Woman, and company, and NetherRealm Studios has been the forerunner for fighting games based on these characters.

NRS also develops another longtime legendary fighting game franchise in Mortal Kombat, and the interviewer transitioned from this question to ask if the developers could ever see a Street Fighter X Mortal Kombat crossover happening.

“It’d be very cool, but it may also be hard to watch certain characters’ heads falling off,” explained Nakayama. “It might be OK if that happened off-screen,” continued Matsumoto.

That has been the long-running issue with seeing Ryu, Sub-Zero, Ken, and Scorpion in the same fighting game doing battle. Finding a balance between Mortal Kombat’s gory nature and bringing Street Fighter characters into that realm seems to be a puzzle that neither Capcom nor NRS have been able to solve.

Ugh, they just had to drag all that Kombat garbage in, didn’t they? It’s been years since I played the SF series myself, and a lot of Capcom’s early games up to the early 2000s were very impressive. But I most definitely do not want to see any crossover between SF and a franchise that emphasized gore galore for 3 decades already. It’s not like the early SF entries didn’t have questionable content back in the day. But mixing it with the blatantly violent ingredients the MK series is notorious for would be an utter humiliation. At least Nakayama seems to understand that’s not what the core SF audience likes.

But then, according to the news site, guess which Marvel character Nakayama thinks would make a great fit in SF6?

“I want to make Killmonger,” said the director. Erik Killmonger, the main villain from Marvel Studios’ 2018 film Black Panther, is a former United States Navy SEAL of Wakandan descent who ends up harnessing the power of the Black Panther on top of his already elite combat skills.

Oh, for heaven’s sake. Why exactly does a villain appeal to them for this kind of project? Something tells me their reasoning isn’t healthy. But wow, does this give an important reminder why the BP film is overrated: chances are the movie version of Killmonger was made into a US military operative so they could make the USA look bad.

Now, about PC ingredients turning up in SF6, or almost, here’s what I found in the comments section:

Both Marvel and DC are insanely woke companies, everything that gives Capcom games and Japanese games in general their “charm” would be prohibited.

The best characters that Marvel has to offer would be off limits too, the only characters allowed would be the objectively most hated characters they’ve been trying to shove down people’s throats.

Or, more precisely, the most badly developed ones. I say that because it’s not a fictional character’s fault for being constructed with political elements combined, a point I try to remember whenever possible. Next:

Agreed. I would say Capcom is becoming very woke as well. There’s definitely some woke garbage surrounding SF6 that’s soured my taste for this upcoming game.

My main thing is that these developers need to focus on making Street Fighter, freaking Street Fighter and stop with this ridiculous woke pandering that they’re doing. Cuz right now, it’s looking very much like those Capcom leaks are turning out to be true.

Here’s the telling clue why even Capcom’s derailing. And if memory serves, Marvel vs. Capcom 3 made use of Carol Danvers as Capt. Marvel, not as Ms. Marvel, or not with the far better 2nd costume she had in the Bronze Age. Which points to a serious problem that was noticeable in the 90s games as well, and could be described like this: Capcom seemed to make use of far more women from X-Men than from other properties like Avengers in the video games they produced from 1994-2000. In fact, when they made Marvel Super-Heroes vs. Street Fighter in 1997, there were noticeably no Marvel heroines on the menu, and only 2 ladies from Capcom’s cast of characters, Chun Li and Sakura. You may think the game mechanics were well made, but that doesn’t excuse any refusal by Marvel’s licensing department to allow for more than the limited number of women Capcom could use at the time.

Kimberly is certainly part of the problem. Not necessarily the character herself, but the controversy surrounding her inclusion in the game.

No, I hear some people mention Kimberly, but no, she’s perfect, it’s not about her, we’ve always had black characters in Street Fighter.

It’s not about Kimberly, it’s about the leaked guidelines that Capcom corporate issued out to their staff that explains in detail all the Marxist ideology they have to reflect in their game content. And with characters like “Eternity” in the Battlehub we see exactly where they implemented this, along with the character creator separating sex and gender as different selectable options.

See, this is where dismay sets in, as, at least in the original leaked documents the video speaks of, the game planners intend to inject LGBT ideology for the sake of endless pandering. For years already, this approach to marketing has drained away quality from these video games and made them insufferable. And it goes without saying that, if this Kimberly is supposed to be based on a BLM activist, as the video argues, that is unfortunate.

The reason I said Kimberly was part of the problem was because of the controversy around her inception. Not the character herself. They needed a black consultant for the development of Kimberly.

That’s where the issue with her comes from. The video I linked goes over that very subject cuz there was an article highlighting about that.

Yes, it is absurd if a consultant is truly needed to develop Black/Asian/Latino characters, but what really makes it troubling is if the consultant is a BLM ideologue. Here’s another comment responding to the above ones:

I’ve seen that video before, I don’t agree with everything that was said in it, the video is also late, I already knew all the information that the guy in the video is referencing, I only disagree with some of his conclusions.

Consider that Capcom suffered MASSIVE backlash from Japanese fans over the contents of the woke management leak, they might have decided to reel this back a bit.

There are clear remnants of the woke influence in SF6 though with Marxist gender ideology in the character creator. But besides that, very little else qualifies as “woke”.

I see. Well I’ll say this. Despite the apparent backlash from the Japanese I don’t know if it will be enough to change the woke direction Capcom seems to be going in with this game. They went full steam ahead with that ridiculous battle hub trailer with its even more ridiculous announcer.

There also questionable looking characters like papa pump Marisa who is apparently a woman but looks nothing like one imo. Looking at that character just screams controversy to me. Which is the last thing that needs to be anywhere near Street Fighter is freaking controversy.

Also one more thing to take into account. A lot of this woke garbage is being pushed by Capcom USA. Take a good guess where Capcom USA HQ is located.

In the San Francisco area, around northern California, right? It’s honestly time for Capcom to close down their USA division, as it’s been taken over by far-leftists obsessed with ideology rather than entertainment value. I haven’t paid much attention to these game series in years, but it’s clear whatever made them work originally has long evaporated as the new examples make clear.