Queer Star Wars Characters in The Rise of Skywalker?

Billy Dee is gender fluid, and now this.

Variety is reporting that there will be LGBTQ representation in Episode IX.  If this is the last episode in the Skywalker Saga, then they really aren’t risking anything by throwing it in.  Because if you don’t like it, what are you going to do?  Not come back for another one?  There won’t be any more anyways apparently. 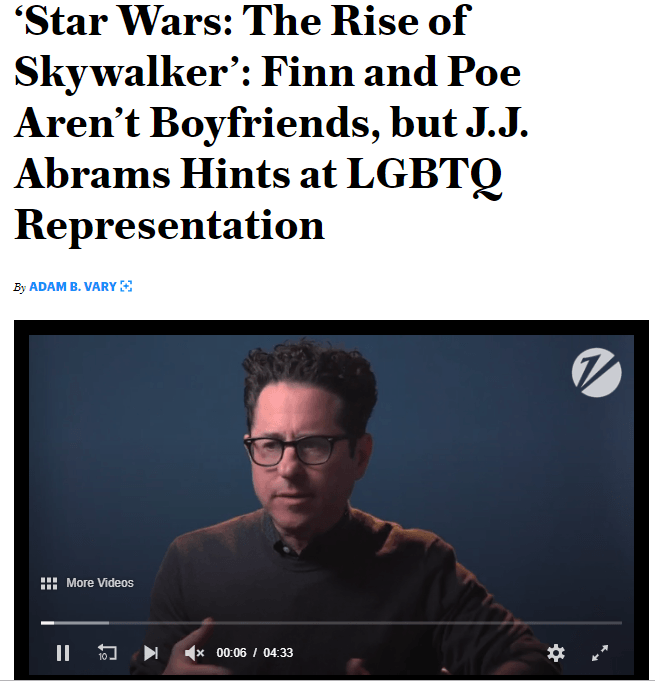 Anyhoo, JJ is putting the brakes on StormPilot.  Variety reports:

Striking a lightsaber into the hearts of “Star Wars” fans, it appears that a romance between Poe Dameron (Oscar Isaac) and Finn (John Boyega) will not materialize in “Star Wars: The Rise of Skywalker.” 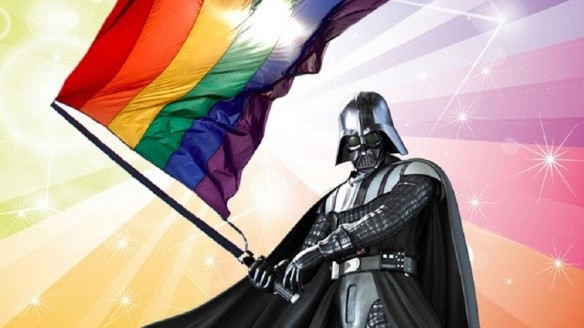 “And in the case of the LGBTQ community, it was important to me that people who go to see this movie feel that they’re being represented in the film,” Abrams said.

So without spoiling the film, Variety asked, does that mean there will be a queer character in “The Rise of Skywalker”?

“I will say I’m giving away nothing about what happens in the movie,” Abrams replied with a smile. “But I did just say what I just said.”

So not to worry, SJWs.  For those of you demanding to #MakeSolo2Happen, it looks like you might get your wish!