Can US Comics Tackle COVID-19 Without Becoming Political? 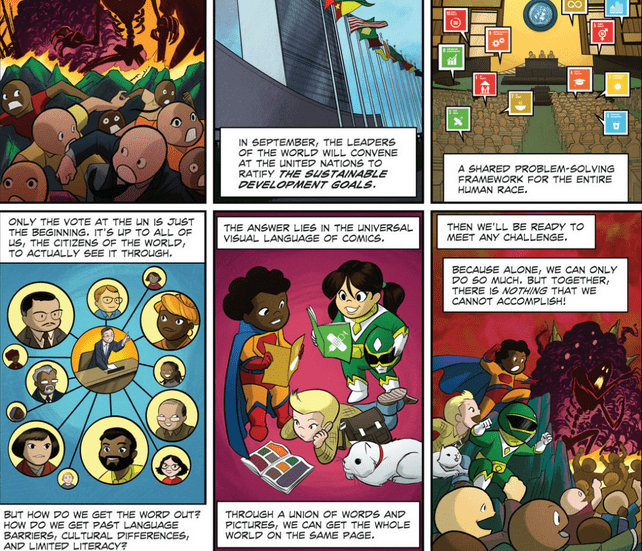 The Conversation is making the case for using comics and cartoons to teach children about the hazards of the Coronavirus. But they don’t cite good sources for their argument:

…given the right information, children can be powerful agents of change in their families and communities. That’s according to a UNICEF guide for communicating with children. This guide highlights the need to communicate with children in an age-appropriate, culturally sensitive, inclusive and positive way. It emphasizes that to be effective, the communication must be interesting and engaging.

In response to the current pandemic, leading health scientists and child psychologists have joined forces with writers, educators and artists to produce innovative communication materials. These range from children’s books and videos to infographics and comics. It’s a powerful collaboration: scientists provide the credibility and accuracy, while artists ensure this is communicated with creative flair and appealing design.

Big mistake citing the UN’s divisions as a great place to look for inspiration. The UN’s had considerable sex abuse scandals, and the World Health Organization, which is affiliated with them, did a terrible job in dealing with the pandemic, one of the reasons the Trump administration cut funding for them over the past month. Making a point about comics serving a good narrative on health issues is great, but not if you’re going to go such a predictable route and sugarcoat the UN.

And there’s science to back up their efforts. An academic overview of research looking at educational comics has concluded that comics have great potential to make complex topics more meaningful to diverse audiences. This is achieved by combining visuals with powerful metaphors, character-driven narratives and emotionally charged storylines. Scholars confirm that science-themed comics can both entertain and educate, thereby stimulating interest in science topics.

Comic books have been shown to be more effective than textbooks in increasing interest in and enjoyment of science topics. The medium is particularly effective at engaging low literacy audiences and young people with a low interest in science.

Cartoons and comics may, research suggests, be particularly effective when trying to explain viruses and how they affect our health. 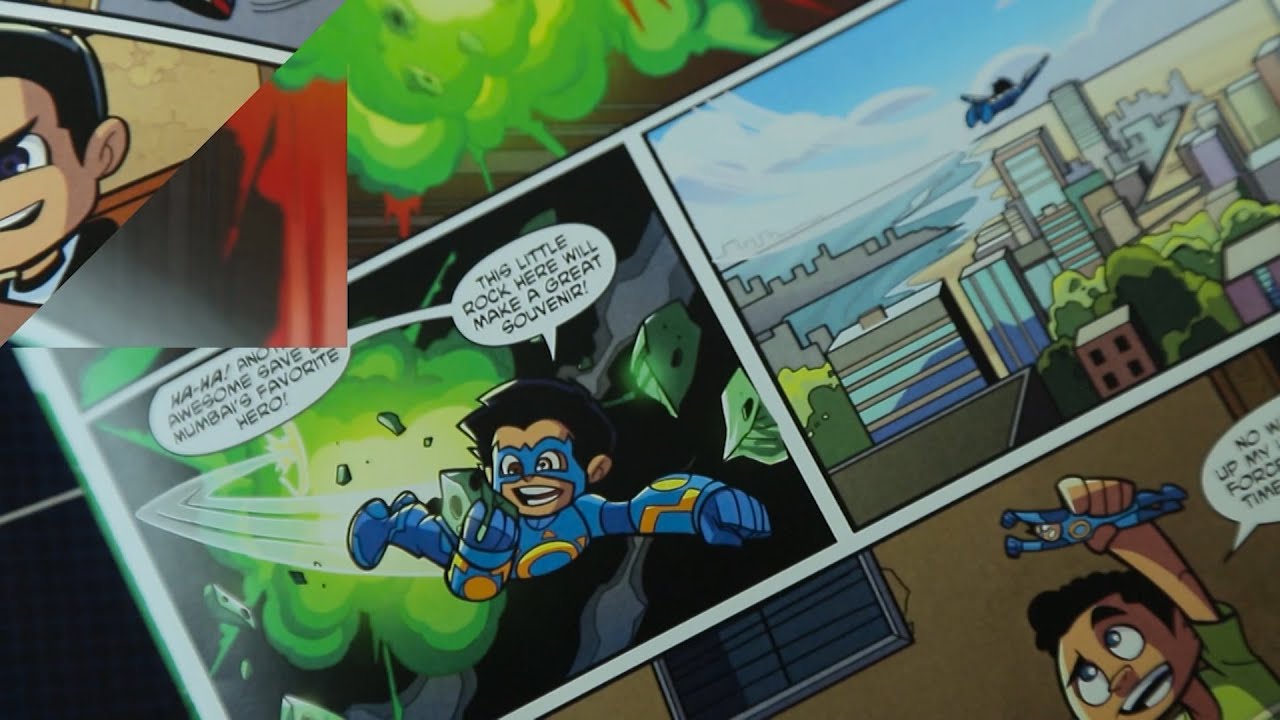 No doubt, there’s plenty of educational value to build up in comicdom itself. But then, this article makes the mistake of citing more UN-related material:

A fantasy creature called Ario is the lead character in My Hero is You. The book resulted from collaboration between several agencies of the United Nations and several dozen organisations working in the humanitarian sector. Ario helps children to understand why the coronavirus is changing their lives and how to cope when they are feeling worried, angry or sad. […]

Jive Media Africa, a science communication agency in South Africa, created a series of cartoon-based infographics with “Hay’khona Corona” as a theme. “Hay’khona” is a South African expression meaning “no, definitely not!”. These infographics are based on the World Health Organisation’s guidelines around COVID-19. They’re available in several of South Africa’s official languages, as well as languages spoken in other parts of the continent like Yoruba, KiSwahili, French and Portuguese.

As I said before, anything drawing from such corrupt, phony organizations won’t prove the most educational material around. The WHO ignored warnings about the Corona illness around December, even Canada panned their negligence and how they dealt with China’s own mistakes, and there have been calls to investigate the organization stateside over their poor conduct. Approaching the subject matter by citing products based on UN-affiliated research won’t guarantee children get a good learning source on any topic. 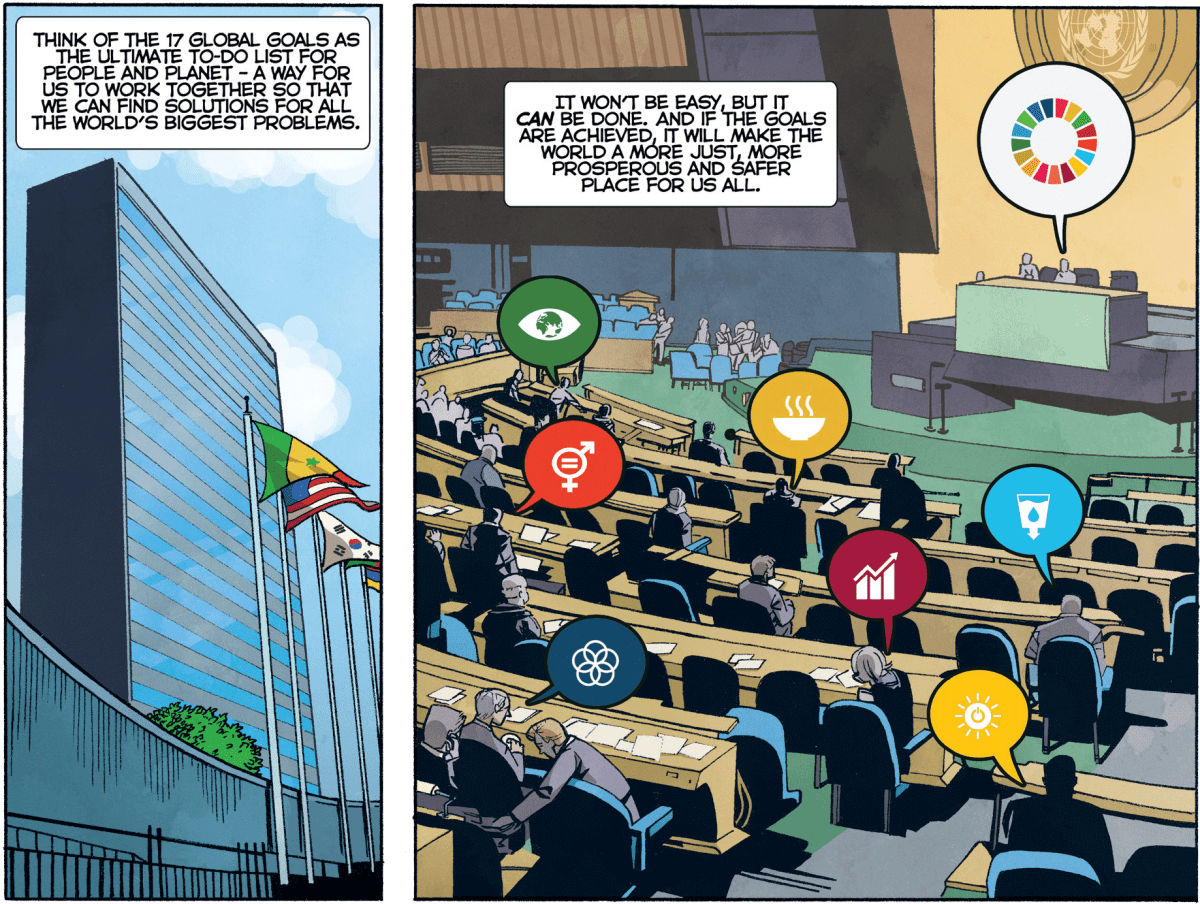 The best way for comics of any kind to educate about pandemics like Coronavirus/SARS-19 is to base the research on outfits that aren’t so heavily associated with political outfits, and don’t kowtow to the communists who allowed this dreadful situation to develop in the past several months. Lack of accountability for those who act irresponsible on these health issues will not give the designated audience food for thought at all.