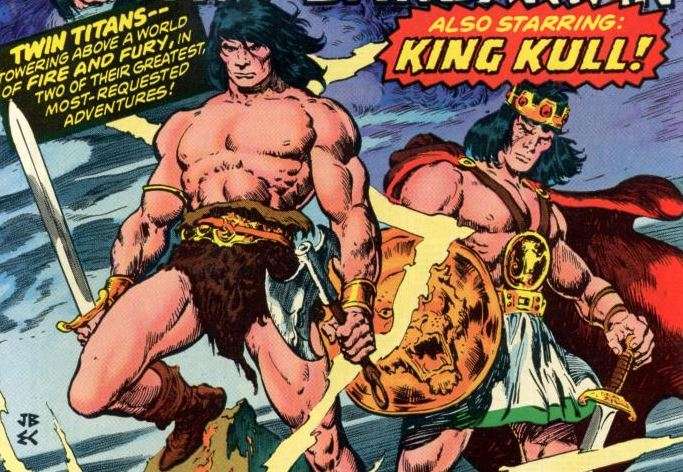 The Hollywood Reporter announced that the newest licensee taking up oversight of comics based on Robert E. Howard’s Conan is the UK-based Titan, which has already dealt with at least a few more licensed adaptations over the years:

Titan Comics, the England-based publisher known for its mostly licensed line of titles, has nabbed the comics rights to Conan the Barbarian and other creations of fantasy author Robert E. Howard, entering into a co-publishing venture with Heroic Signature, the intellectual property house that owns the rights.

The deal covers not just comics but also graphic novels as well as remastered archives, including the omnibus program previously published by Marvel Comics. Marvel has held the rights to Conan since 2018 and published various comics, including Conan fighting alongside heroes such as Wolverine and Elektra in Savage Avengers.

Does this mean Marvel will have to stop their own archiving program for the stories published during 1969-95? Well, it’s probably for the best, and hey, they did make the mistake of appeasing SJWs a few months ago, effectively making clear they were no longer good stewards if they couldn’t avoid political correctness.

Dark Horse Comics published Conan comics beginning in 2003, until Marvel reacquired them in 2018. The character has also appeared in video games and on TV, and could enjoy a life on streaming thanks to a Netflix series that is currently in development.

Umm, if Netflix is the designated channel for live action adaptations, no thanks. They may have toned down their wokeness, but it’s still an awfully leftist channel, and not worth the price of subscription. When Giant Freakin’ Robot commented on the news, they said:

It will be interesting to see what direction Titan Comics takes Conan the Barbarian in with its upcoming series, as well as the wealth of books and graphic novels they intend to release. The final run of Marvel Comics’ version of the character was marred by accusations of cultural appropriation and insensitivity in the King Conan series. Hopefully, Titan Comics do not wind up in the same circumstances, but at the very least, it is going to be a whole new day for Conan the Barbarian.

I think the question is whether Titan’s going to pay any attention to social media users who make petty issues. If they avoid doing that, they’ll be acting wisely. And let’s hope GFR’s writers don’t intend to lash out at them for taking directions that defy PC. Otherwise, what’s the point of even commenting on this news to begin with?