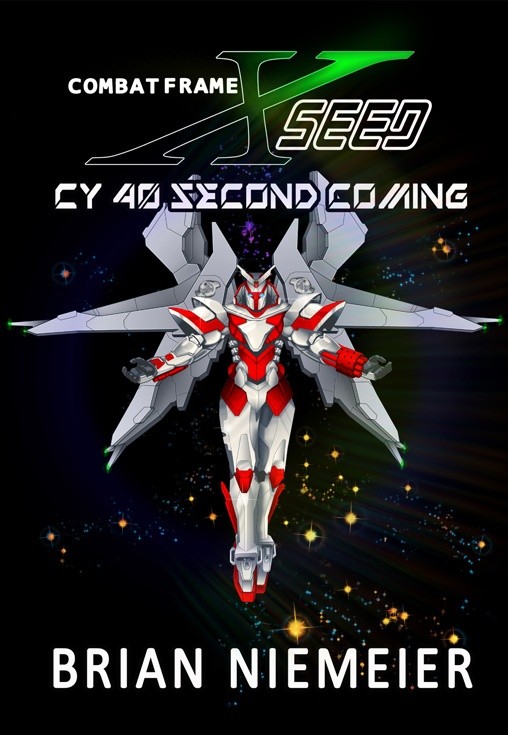 Genius or madman? Monster or savior? HALO mastermind Arthur Wake is missing in action. His fragile grounder alliance shatters under the Coalition’s counterattack. Desperate to recoup their losses, the Coalition turns to a young combat frame pilot with a grudge against HALO. Brutal false flag attacks soon jeopardize Hainan Island’s hard-won independence. Sullia Zend uses the fray on Earth as cover for her secret agenda. But can even the Sentinel manage a ruthless lawman, her own estranged sister, and a HALO defector on the eve of a cataclysmic reckoning eons in the making?
Chris Braly:  Without spoiling too much of the plot, tell our readers about the Combat Frame XSeed saga. What’s the synopsis in 5-6 sentences or so?
Brian Niemeier: In our near future, ultra-wealthy oligarchs flee imminent global collapse and build a new culture in man-made space colonies. Several generations later, their descendants return to elevate Earth’s populace to their level. The returning colonists are seen as alien meddlers. An armchair strategist who remembers the old ways sends giant manned robots to protect the colonists’ humanitarian mission on Earth. World war ensues.
Chris: What inspired you to write these novels? Have you always been a fan of mecha sci-fi? What have been some of your influences in this genre?
Brian: I’m a long time fan of mecha franchises like Gundam, Macross, and Battletech. I got into these series in the 90s at the arguable height of their popularity in America. In the aughts I noticed the Eastern properties slipping into a self-referential trope loop while their Western counterparts succumbed to grimdark space marine gray goo. It occurred to me that both main branches of mechdom were in need of renewal. Studying the matter more closely, it seemed that each major subgenre could make up for what was lacking in the other, so I decided to do some literary gene editing by splicing Eastern and Western mecha DNA together. Combat Frame XSeed is the result. By all accounts, it succeeded. 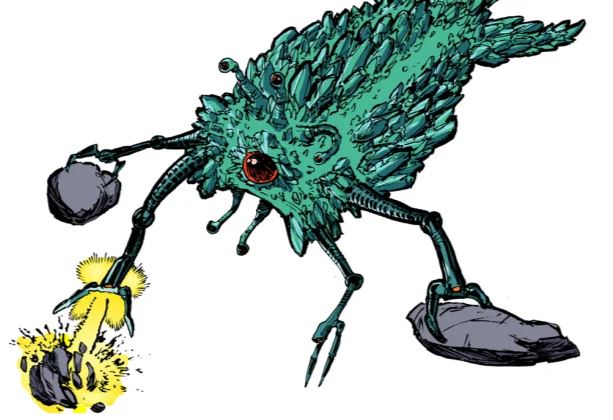 Chris: What are your hopes for this series? What do you want readers to take from it? Who is this written for (fans of other works might enjoy these)…
Brian: My hope for Combat Frame XSeed was to produce a fresh entry in the mecha genre by combining the best elements of what had gone before--standing on the shoulders of giant robots, if you will. These expectations have been realized beyond my original ambitions, as many readers say that XSeed has revolutionized the genre. By all means, read and judge for yourself. If you are a fan of Mobile Suit Gundam, Macross, Robotech, Battletech, MechWarrior, or even Metal Gear Solid, you’ll find much to enjoy in Combat Frame XSeed.
Chris: Who did the drawings found on your website, and the IGG page?
Brian: Breathing new life into the mech genre is a big job. I’ve assembled an international team of expert anons to assist with this prodigious task. Art Anon handles most of the mechanical concept drawings you see on Kairos. VideoAnon directed the book trailer for Combat Frame XSeed: CY 40 Second Coming. I also have CardAnon working on a Combat Frame XSeed card game. Ahion101, @skuldarfin on Twitter, does my character portraits. Last but by no means least, the redoubtable Todd Everhart designs the XSeed books’ covers.
The extraordinary talent that has been drawn to this project is a sign that Combat Frame XSeed is resonating with fans of Eastern and Western mechs alike.
Chris: Tell me about your experience with crowdfunding these Combat Frame XSeed novels.
Brian: My awesome backers have successfully funded two thrilling Combat Frame XSeed novels, and I’ve delivered on every promise I made. That’s two campaigns funded & completely fulfilled! But, I’m not resting on my laurels. The plan is to make the third time the biggest and most exciting campaign of all! 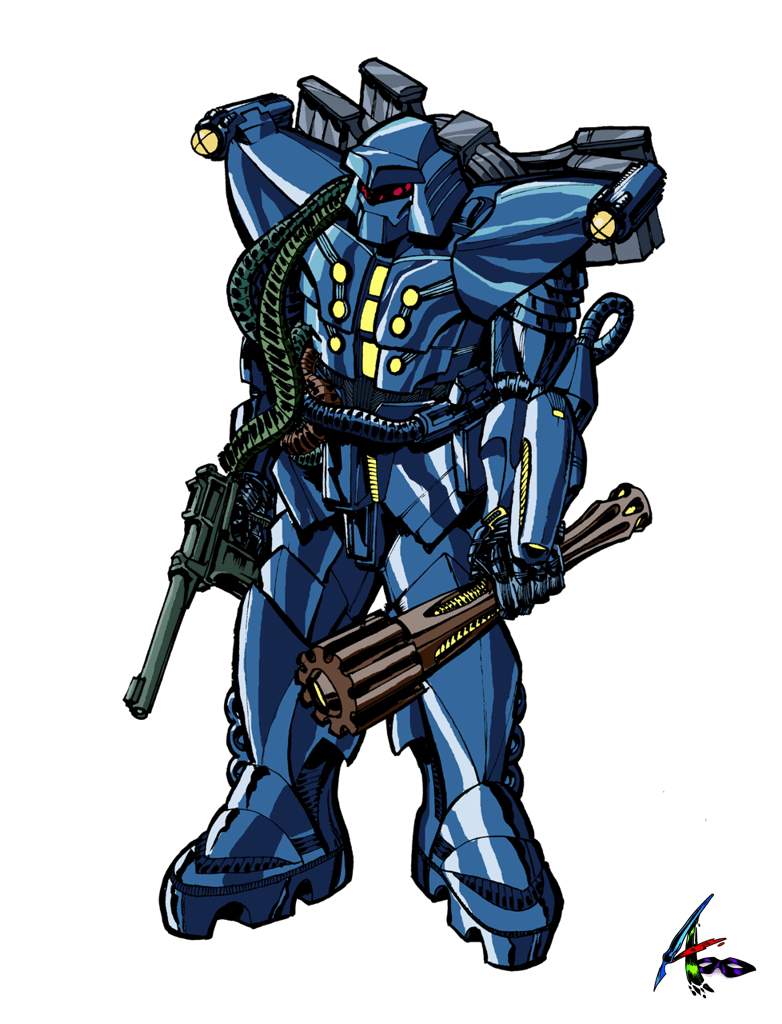 Chris: What is the advantage of going the self-publishing, self-funding route?

Brian: As an independent author, I’m not beholden to a big city editor dictating this month’s Very Important Message™. I answer only to my readers, and I give them what they want: fun! This freedom comes with a cost. I don’t have editorial, art, or marketing departments shouldering some of the workload. Nor do I get an advance to keep the lights on while I write. That’s where my backers come in! 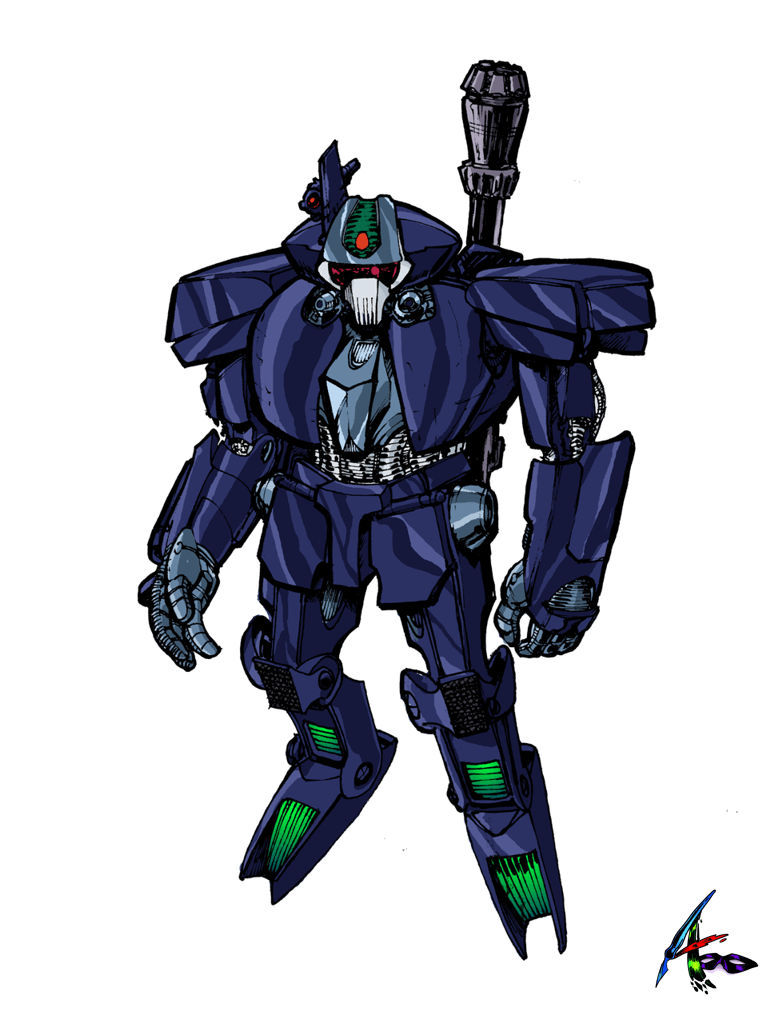 Chris: Tell us a little more how that works exactly. You’re on Indiegogo now, so what do role do the backers play?

Brian: When they back this project, not only are they helping me offset book production and marketing costs, they’ll get the book before anyone else. And there’s a wide selection of other sweet perks to choose from for those who really want to invest in the project.

Chris: What about those who haven’t been reading the XSeed saga up until now? Got anything for them?

Brian: You mean something for backers who haven’t read the first two XSeed books? Not a problem! Each and every perk tier automatically includes all three Combat Frame XSeed eBooks. They can jump right in, back the project, claim the perks, and help us save science fiction!

Chris: That sounds like a great offer, Brian. We’re rooting for you!

Brian: Thanks for your support!

Check out Brian’s Combat Frame XSeed: CY 40 Second Coming Novel Indigogo campaign here and see what this saga is all about!