John Boyega sat down for an interview with HypeBeast which wrote:

Finn’s character arc in this new Star Wars trilogy has tracked his journey to break away from the conformity of the First Order Stormtroopers and discover his own identity. However, the follow-up film The Last Jedi sidetracked that character progression, much to the chagrin of fans and Boyega himself.

“The Force Awakens I think was the beginning of something quite solid, The Last Jedi if I’m being honest I’d say that was feeling a bit iffy for me,” Boyega says. “I didn’t necessarily agree with a lot of the choices in that and that’s something that spoke to Mark [Hamill] a lot about and we had conversations about it. And it was hard for all of us, because we were separated.”

But don’t count JohnBoyega as Fandom Menace just yet:

Star Wars fans have always been passionate. But the access and anonymity afforded by social media also means the discourse among the fanbase can get toxic very quickly, reaching an all-time high in the time between the release of The Last Jedi and Rise of Skywalker. And although Boyega can relate to many of the complaints from fans, he could do without some of its more negative manifestations. “It gets very, very complicated to handle things from Star Wars fans, because of how much the words can be twisted to mean something entirely different,” he explains.

There are even folks who turn to victimization if matched with the same energy from celebrities. “On Twitter for example,” Boyega says, “I have a fan who hates the films, right? And he’ll be rude directly to me and I’ll be rude back and then they start crying like babies. Then they’re like, ‘Why are you attacking me?’ And it’s like I thought we was on the same page. I thought we’re just going at it, we’re Star Wars fans, we’re supposed to be heated about this,” he says. “You’ve got to take what you can give. I don’t care what profession you’re in. That’s a mantra for life.”

“The rest of the fandom, even when they have problems with it, it’s discussed in a very cordial way, in a fun way. But when it gets toxic, when no one’s listening and then I say one thing and then it becomes an attack, come on man, I can tell you lot ain’t never had no real fight before. You call that an attack?”

Thanks to TUGGS and Ryan Kinel who comments: 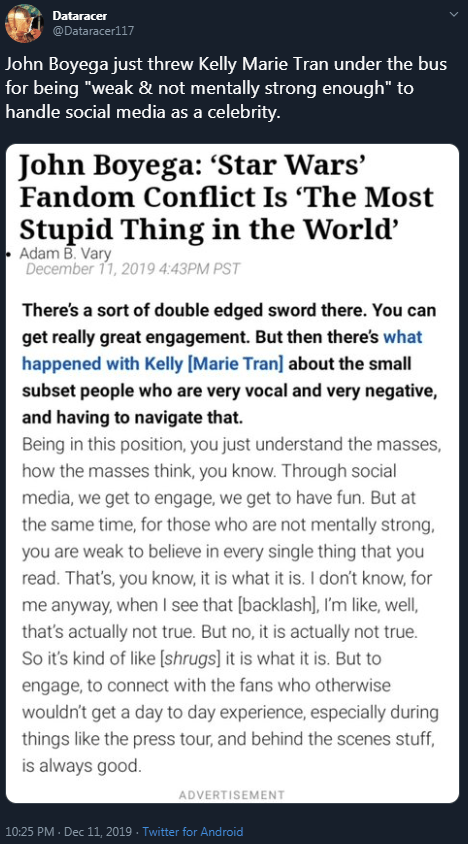 John Boyega soon made a statement on this interpretation of his words.

UPDATE: The backlash was inevitable. 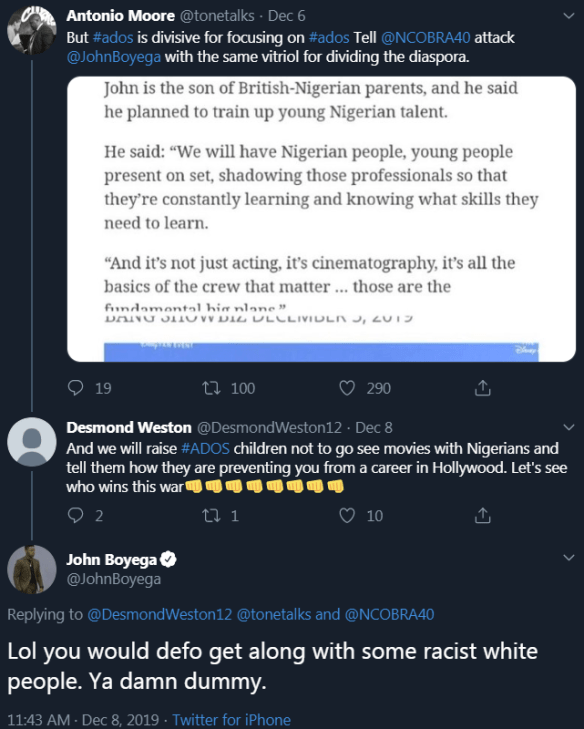 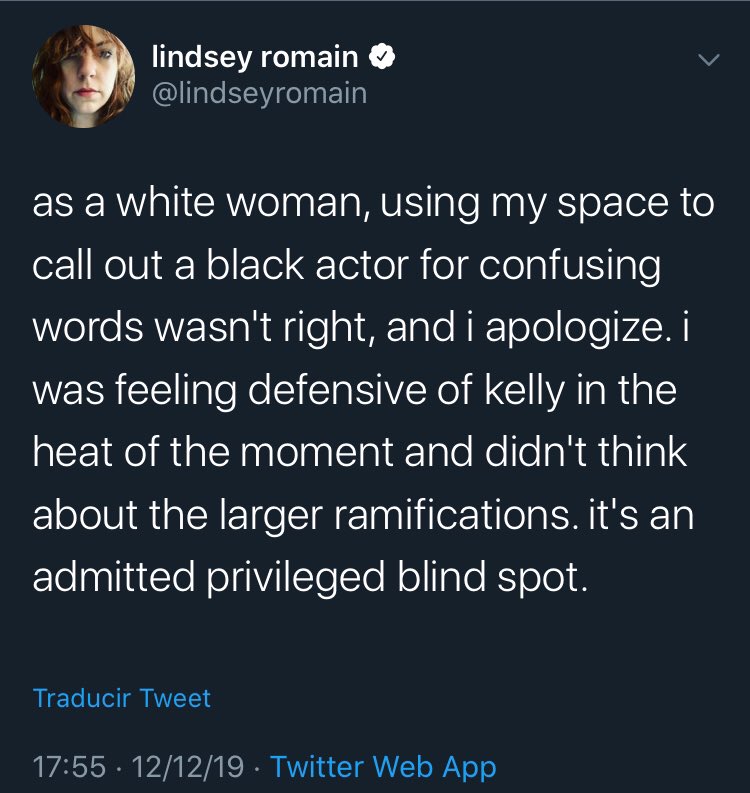 I expect Mr. Boyega will be glad when the press junket for The Rise of Skywalker is over.