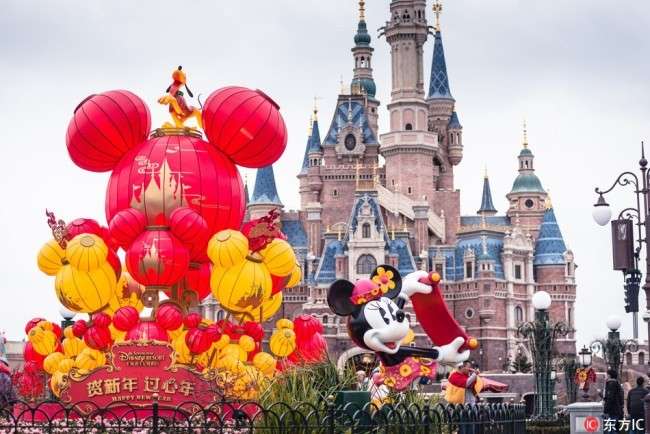 The Chinese Star Wars story, The Vow of Silver Dawn, is not to be officially translated into English. Fans will therefore do the translation anyways.

A Reddit user has posted translations of the first two Chapters. The story centers around a despotic President of an Outer Rim planet, and a Jedi’s investigation into that Presidents purported crimes.

And right away, it focuses on class warfare between the rich and the poor.

Here are some excerpts from the first chapter.

Bergamore, located in the Outer Rim of the galaxy, had followed its irregular orbit around a binary star system for countless years. The planet merited only occasional attention from the Republic’s indifferent citizens, who viewed it as impoverished and backward.

In the view of the Senate, Jamie Brasen was honest and upright, with a gentle and humble personality. Under his rule, Bergamore had become increasingly prosperous and rich, gradually ridding itself of its poor and underdeveloped reputation, and Brasen built up the planetary capital of Green Sunlight into a model city. The thriving metropolis amazed countless tourists from far and wide. But Brasen himself had maintained a meager life for decades; even when he attended his conference with the Republic, Brasen had worn a patchwork jacket.

Surely, there was nothing more to this so-called saint than that.

“Sure enough, there are no real saints in the world…”

A human woman covered her beautiful, dignified face with a gray cloak and walked quietly down a dark and damp street, looking at the crookedly-built temporary buildings along both sides of the path, and the shivering abandoned children under the shelter of awnings. She couldn’t help pursing her lips tightly at the sight, and sighed sadly within her heart.

Not far from this street – 20 meters overhead, to be precise – was the proudest, most affluent city on the planet of Bergamore, gleaming like a steel green forest. The city’s architectural style had been based on that of Coruscant. Although the sprawl had not spread over every corner of Bergamore as had happened to Coruscant, the city shown as bright as a star for the remote and impoverished planet.

However, how many people knew that under its dazzling epidermis, the city was rotten to the bone? How many knew that of Bergamore’s 3 billion people, only a very small number could live a life of luxury in the modern buildings of the capital Green Sunlight?

Entering the only upper-class guest room, she took off her cloak, exhaled, and clicked on a huge projection covering an entire wall of the room. The screen, displayed by a customized communication device in the shape of a wrist bracelet she wore, transmitted new data.

Two holoimages quickly lit up on the wall. In the first, haggard children were kept in dark cages like animals, awaiting their fate as livestock before a slaughter.

In contrast, the other image showed revelers in the upper level of the city, drunk and enjoying a life comparable to that of the rich nobles at the core of the Republic.

The Quarren felt even more ashamed when he heard this. “Jamie Brasen is a very cunning politician. I have been here for many years, and I have never him in the act of wrongdoing.”

“Being able to verify the other party’s cunning is still the result of important work,” Mostema assured the Quarren.

The Quarren was stunned momentarily, then said in a low voice, “I am afraid that would be a bit insufficient. The President’s crimes are rarely committed firsthand; almost all of them are done by others. There is no proof that directly connections him to a crime. And, his perception within the Republic is nearly pristine. Everyone thinks of Brasen as a humble and incorruptible philanthropist. He also has the most prestigious lawyers in the galaxy at his disposal, and has turned black to white through the courts many times, in fact, with legal deposition on his side. Taking on a politically-strong man who has controlled this planet for decades is far-fetched in itself, so I hope you can…”

The Quarren said helplessly, “If you believe that’s possible, then the situation is very dire. Jamie has been in control of Bergamore for so long, and the whole planet has become like a combination of labyrinth and spider web what with illegal intrigue, that it is difficult to pinpoint his location at a given time through peripheral clues. If you will have to speak with him, you can only try to find the legendary manor. Some have said that the President built a private mansion on the outskirts of Green Sunlight, where he lives a life of glamour. More importantly, he is known to entertain guests at the manor. Most of is crimes are designed and completed within the manor’s walls. I have been investigating for many years, but I have yet to find the slightest trace about the manor’s location…”

Chapter 2 can be read here.