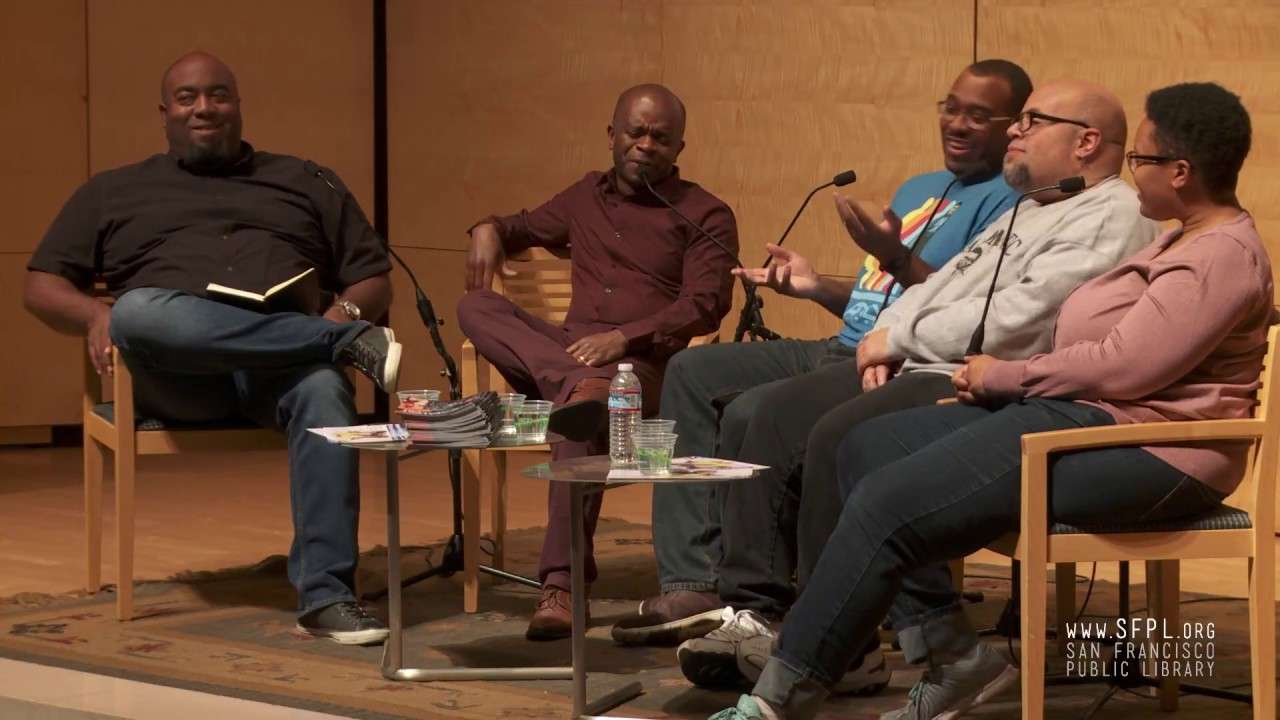 Fox-5 New York interviewed some writers and editors like Joseph Illidge and Brandon Easton about Black scriptwriters who’re making breakthroughs in comicdom, and it predictably contains some political correctness:

For more than a century, comic books and graphic novels have been a platform for generations of young writers to share the depths of their creativity. But many young writers of color found that platform was harder to reach for quite some time.

“The general idea was that white guys wrote comics, Black guys and other people of color would draw them,” writer and screenwriter Brandon Easton said, “because there’s always been many, many Black and Latino and Asian illustrators for Marvel, DC, for everybody going back years.”

Easton has written the DC titles Truth & Justice, Mr. Miracle, and Legends of the Dark Knight and has also written for TV shows, including Marvel’s Agent Carter.

And this ignores men like Christopher Priest, Larry Hama, Billy Graham, and George Pérez, who did writing and editing assignments back in the day, as much as artwork. All that aside, are they implying Jewish publishers, some of the earliest in the business, only cared about putting themselves in the writing roles in every way, and POC were nothing more than artists? Sorry, but this is little more than a sign of ingratitude. And it all comes with an absurd argument:

“You always feel like your responsibility is to produce quality because if you don’t, you will be used as the excuse for the system to say, ‘Well, see — this is what happens when you give them opportunities,'” said Illidge, who is also a senior editor of content for all of DC’s Batman titles.

Easton added that getting into the industry professionally was a challenge for him as well.

“The difference is, is that Black writers have a ridiculously high bar of entry into comics,” Easton said. “Whereas many white, especially white male creators, could do very little and get handed major franchises.”

Oh please. If he’d look at the works of Black/Asian/Latino writers of the past 2 decades, he’d notice those who’ve written for the majors are no more impressive than the white writers who’re in business now. How about the aforementioned David F. Walker, for example, along with Ta-Nehisi Coates, one of the worst leftist ideologues to work in the business, and tragically got the job writing Captain America? Anybody who’s going to exploit famous franchises for the sake of identity politics isn’t proving any better than their predecessors.

Certainly, nepotism does exist, and the much disliked Dan Slott coasted as far as he did at Marvel on such a practice too. But much of it boils down to political leanings, and those considered part of a liberal privilege are bound to enjoy working at these companies for a long time, no matter how mediocre to poor their writing actually is. The disgraced Gerard Jones certainly got as far as he did via nepotism.

Maybe most telling about this is the failure of both interviewees to consider whether leftism has any part in expectations that aren’t expected from whites. Nor do they consider even today, there’s quite a few cases of characters and series becoming ghettoized to the all but exclusive use of writers from different racial background, or even gender, as in the case of real Ms. Marvel Carol Danvers, who was turned inside out by Kelly Sue deConnick in the past decade for the sake of far-left ideology. All that aside, if they do think high expectations shouldn’t apply to POC no matter the situation, that’s ludicrous and compounds the perception mediocrity’s the expectation in the modern world.

And Easton and Illidge both agree that the unparalleled global success of the Marvel film Black Panther was a watershed moment for both the comic book industry and superhero film genres.

I get the strange feeling these guys never heard of Sidney Poitier, Diana Ross and Eddie Murphy. Or even Richard Roundtree, famous for playing Shaft in 3 films during the early 1970s. And why didn’t they mention Blade from 1998, based on the crimefighter who debuted in Tomb of Dracula?) Why, what about Dorothy Dandridge, the famous Black singer and actress who got a prominent role in Carmen Jones? Or Nichelle Nichols, famous for her role as Lieutenant Uhura on the original Star Trek, and LeVar Burton, famous for his role as Geordi LaForge in The Next Generation? I’m sorry, but these guys are really obscuring considerable history here, and it’s a terrible shame. Murphy made it big at the box office in the 80s and 90s, and he proved long before the Black Panther movie that Black stars could hold their own and deliver artistically and with entertainment value.

Easton added that Black Panther proved that an audience is out there for such movies.

“Being a Marvel property helps but no one had to go see that movie,” Easton said. “And they did in droves, repeatedly, globally.”

And if the Black Panther movie caused the comic book industry to be “woke” regarding closing the color gap with hiring writers, illustrators, and executives of color, Easton and Illidge are among those watching to see just how long the industry stays awake.

Man, is this such a groaner. Slangs like “woke” are more of an allusion to political correctness, and if POC are only being chosen based on their racial background, rather than talent and merit, along with an understanding of what it takes to script established and classic creations, how do they expect anybody to care enough to buy what they’re selling? If there’s no merit, there’s no success. 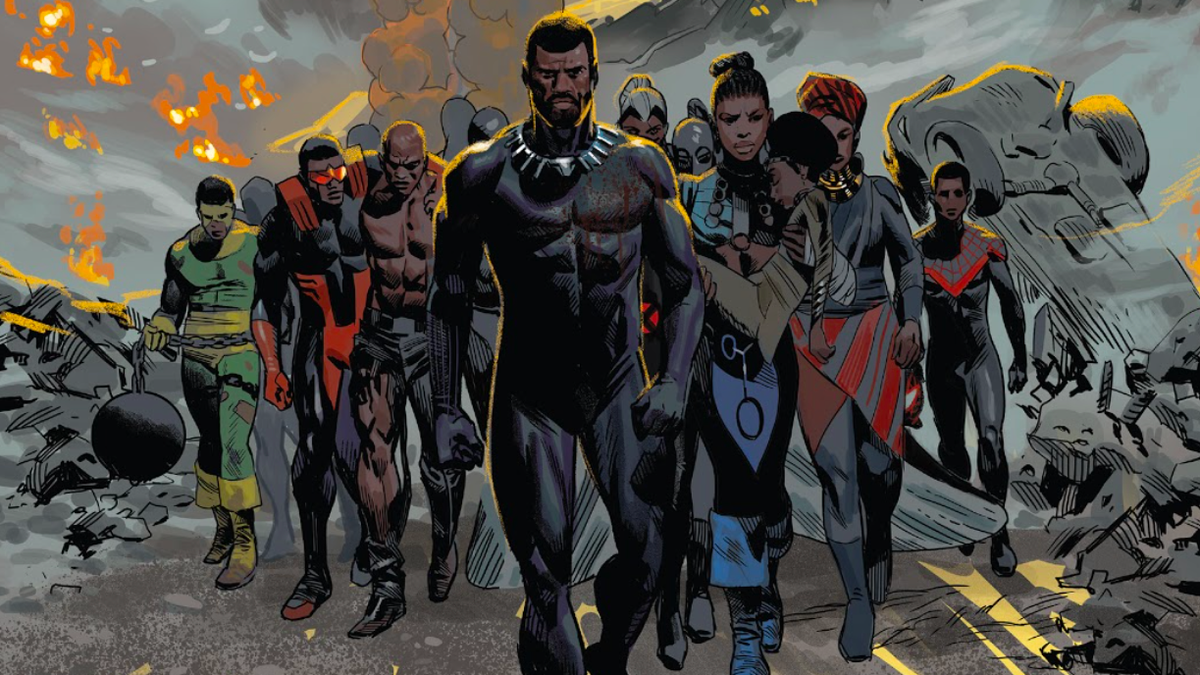 This is why corporate owned products sank since the turn of the century, and they won’t acknowledge it. Woke only means broke these days too. Also notice how these ideologues calling for inclusivity sans merit never advocate for hiring and emphasizing Armenians, nor Ukrainians, and the war Russia’s declared against them now may not change anything. That’s why the whole inclusivity propaganda machine is such a joke.