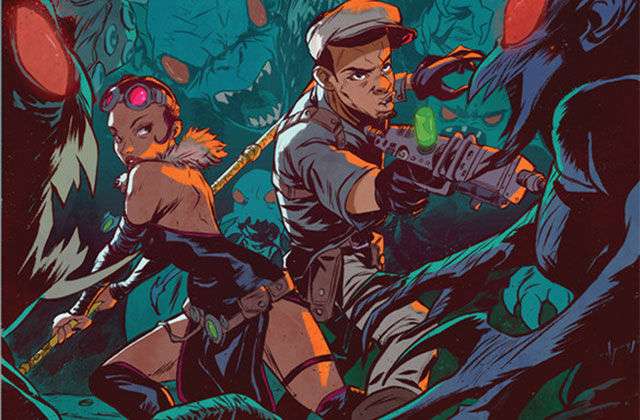 The Charleston Free Times interviewed artist Sanford Greene, whose comic co-developed with David Walker, Bitter Root, is being adapted to film, and he reveals more of his divisive political leanings:

Free Times: What was the inception of ‘Bitter Root’ and the intent to make it an all-Black character book?

Sanford Greene: Trump. The elections. The social unrest in this country and feeling helpless to some degree, or at least, feeling harassed. Feeling like something needs to be done. Because what this is, it wasn’t an awakening, but it was an awakening, not so much of “how did this happen?” but rather “it was bound to happen.” We have to put this through the fire now, our contribution. We thought it would be interesting to look at some of those moments in this country and use that for creating leverage for our series, putting it during the Harlem Renaissance.

It’s almost a year since Trump was sadly ousted from office, and these ideologues just keep up the hatred for him, is all. Greene sounds like he’s alluding to “wokeness” as well, and that’s no improvement either. There’s more:

For you all to decide to do a deliberately Black piece of work, was there any fear, I wouldn’t say retaliation from the industry but a fear there not being an —

Not just an audience, but an embracing of it.

The comic industry audience — I’m being quite blunt about it — is 30-to-40-year-old white males. It’s the core audience, comic books side. But when you think about pop culture and how comics are the zeitgeist of pop culture now. But none of these folks outside of the comic industry (are) really collecting the comics, but they are fans of the concepts, ideas, stories, and characters. So, we knew we had the audience; we just had to convince them to buy comic books now. We went all over the country, promoted our ideas at conventions, universities, book stores.

We knew we couldn’t just rely on the traditional industry; we had to go outside of that. So, instead of comic conventions, we did universities. Instead of a trade show, or just those things, we do interviews on Black radio, hip-hop radio with DJ Eclipse on Sirius XM, and Shade 45. That audience loves this stuff but not your average Wednesday Warriors; that’s people that buy comics when they come out on Wednesdays.

I find it galling he perpetuates the vision of the audience as all white, and pretty much obscures the vital issue of story merit. He’s right moviegoers and the industry largely don’t read comics, but to think they actually all appreciate the concepts and characters is pretty naive, seeing how corrupted Hollywood’s become in what they produce nowadays. What universities are they promoting their products for, by the way? Based on Greene’s politics, I’d figure it’s the most far-left of the lot, which surely includes Harvard. The influences these writers go by is devastating.

At least we get an idea how they succeeded in getting Bitter Root adapted in Hollywood. If it’s ultra-leftist enough, they’ll go for it in a jiffy.