Kelly Sue DeConnick, best known for desexualizing Carol Danvers (a.k.a. Captain Marvel) as well as her work on the inconsistently published Bitch Planet – responds to (insults) anyone who feels like comics have become too political in recent years. She argues that comics has been an “inherently masculine medium” for too long and claims they have ALWAYS been political. If you haven’t noticed, then obviously you haven’t been paying attention.

Don’t forget, this is the same woman who took Carol Danvers, the once vibrant, voluptuous, super heroine, and turned her into a manly, boring protagonist with very low sales. In fact, compared to the year Carol Danvers was still going as “Ms. Marvel,” the newest “Captain Marvel” title is selling less than half as many issues. 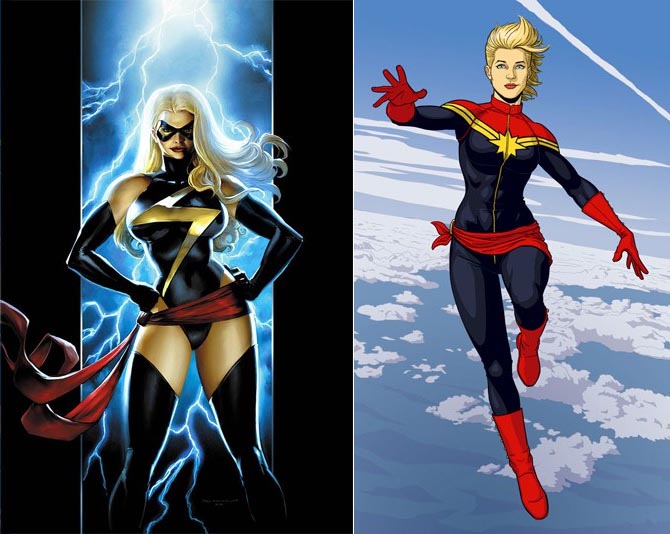 And here are the September 2017 sales figures

Comics & Diversity’s “clap back” response to the video above is worth your time.

Long-time comic fans who are increasingly becoming disenchanted with the current state of Marvel Comics aren’t saying they think comics have always been apolitical. The complaint is that the focus has shifted from good storytelling with an occasional and subtle dash of politics to becoming extremely biased with liberal dogma in every issue and it’s begun pushing away discerning fans. The lower sales figure reflect this.

Marvel Comics should consider paying a bit more attention to the concerns of their long-time fans and what they’re saying before this exodus continues any further and the sales numbers continue to diminish.