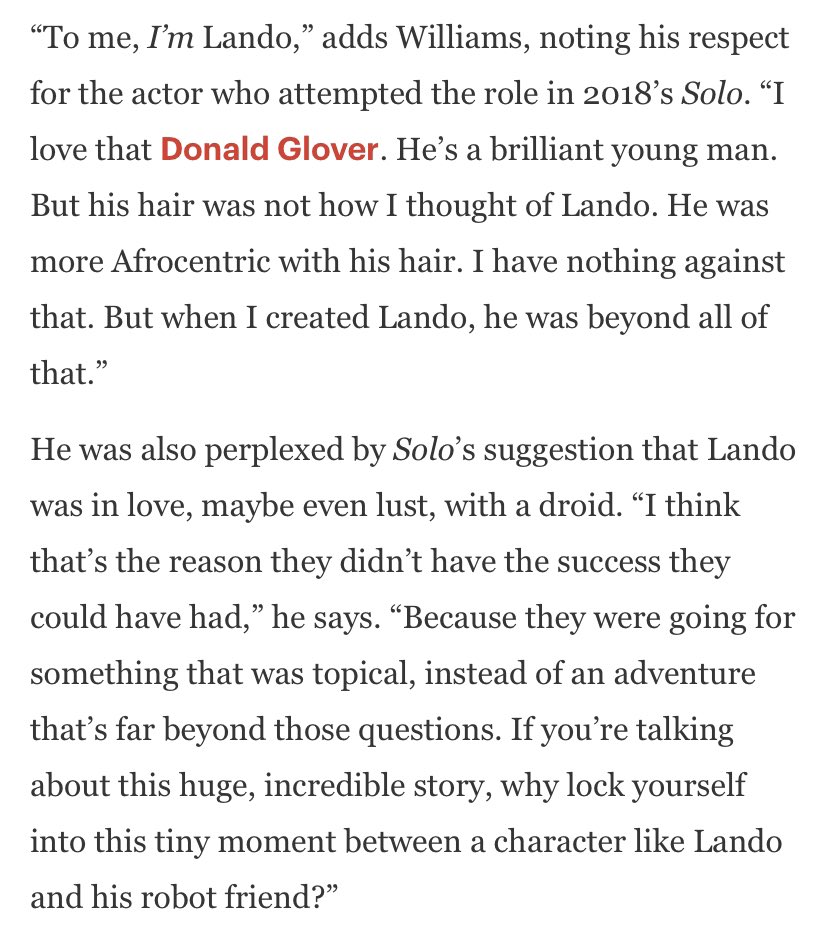 Huh.  Topical (modern and/or relevant) vs. huge (timeless).  Who else has made that argument?  The Fandom Menace.  That’s’ who.

Unfortunately for Mr. Williams, I fear between this and his role in discrediting all of the “Billy Dee Williams is gender fluid” articles, he may receive the wrath of SJWs.  Sure would be a pity if they protested and boycotted Episode IX because of it.

Thanks to Mike Sidious for the tip.

“Well, first of all, I asked last night. I said, ‘What the hell is gender fluid?’ That’s a whole new term,” Williams said. As for his comments to Esquire, he said he was misunderstood.

“But what I was talking about was about men getting in touch with their softer side of themselves,” the actor said. “There’s a phrase that was coined by Carl G. Jung, who was a psychiatrist, who was a contemporary of Sigmund Freud, and they had a splitting of the ways because they had different ideas about the… what do you call it? Consciousness. Unconscious. It’s a collective consciousness.”

Thanks to John Matrixx for the tip who also comments: