Should You Believe All Women or Only What You Can Verify? 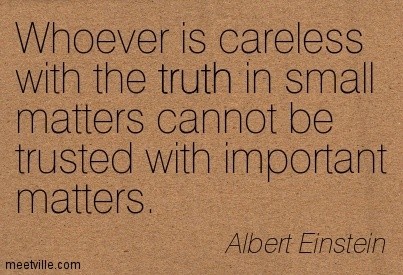 Clout: (informal) influence or power, especially in politics or business.

It’s been repeated ad nauseum. that journalism is dead. While there are no standardized “Code of Ethics” for journalists as there are for doctors and attorneys, it is still a generally agreed principle that journalists should report the truth. When reporting the news, a journalist must follow some common standards for factual reporting.

There are some people who don’t even qualify to be journalists who will publish libel with impunity. This article isn’t about those LARP-ers.

This is about those journalists that are established, with a career and a reputation where they are expected to be as accurate as possible in their reporting. This is what grants them the inherent protection against libel or slander. A story with a single source should always be presented with attribution, with two or more independent witnesses or sources it can be reported as fact. Controversial facts should be reported with attribution, “pursuit of the news is not a license for arrogance.”

Recently, I dissected a particular article that tried to change the narrative behind the Vic Mignogna case in what I believe is an active effort to compromise the potential pool of future jurors. This article, written by a once prominent “journalist,” did its very best to show her victimhood credentials in exchange for a quick flair of clout. It is now evident that the “journalist” did this with as little effort as possible, and used her platform to defend a man accused of domestic violence by a former partner.

In the era of “believe all women,” it is truly fascinating to see people’s true colors when it comes to picking their own hills. Self-acclaimed LGBTQ “champions” readily ignore processed court documents in their quest to defend their own narrative. By “fascinating,” I really mean pathetic, and by “narrative” I mean criminal activities.

On the 28th of August, of the 2019th year of Our Lord, Nicholas Rekieta dropped a bombshell during his livestream where he revealed some public information about Mr. Ron Toye’s violent past. Immediately, the usual suspects rushed to his defense using what can only be described as hypocritical grand standings.

It is a sickening display, one which I hope will reach as far and wide as possible for complete exposure to this rampant hypocrisy. This is the bigotry that conventions embraced instead of revenue and monetary gains; this is the same bigotry that was accepted in exchange for internet cool points. The projection of these terrorists becomes more evident as more people that have been accused of unspeakable things decide to fight back.

Call me cynical, but companies that have stood behind these types of people have an insurmountable job ahead of themselves if they hope to remain relevant in the coming months. A lot of those companies have done an exceedingly great job at driving their customer bases directly to their competitors. Congress is plagued with scandal after scandal involving “the Squad,” many high profile YouTubers are exposing their accusers, and courts are beginning to see an increase of culture-based cases.

Maybe the insanity is on its way out; but #MeToo has already done the irreparable damage that I believe it endeavored to create. Good job!