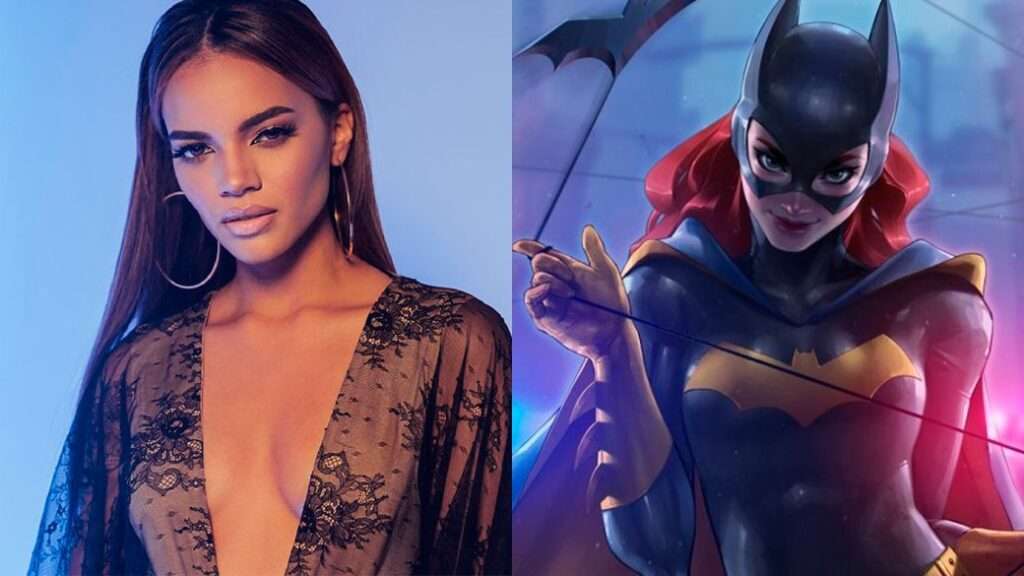 I’d recently read the news about redheaded girls being replaced in Batman-related multimedia with actresses of different skin color. Certainly, it’s sad how the studios both lack faith in white actresses and put sheer contempt for them on display, and simultaneously, don’t have the courage to create new characters to fill the roles of the characters of different racial background.

But did you know that in the past 3 decades, long before this whole virtue-signaling mess came about, the Batman films directed by Tim Burton and the late Joel Schumacher did something almost similar with established recurring characters from the comics’ cast members? The difference is that back then, while they didn’t race-swap the characters, they did color-swap their hair. Let’s begin with Vicky Vale, as seen in this illustration: 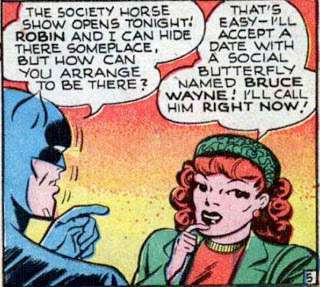 Vale, who debuted towards the end of the Golden Age in 1948, was one of the earliest redheaded women in comicdom, and she’d made significant appearances in the Batbooks, along with a few others, for many years after, even as there were times when she’d been in limbo from the mid-60s to the mid-70s. But when Burton was casting the role for the first major movie in 1989, he not only hired the very blonde Kim Basinger for the role, they left her hair color in place: 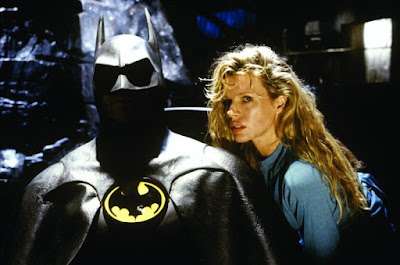 Basinger didn’t even dye her hair red for the role. This was a significant departure from fidelity to the source material in a mainstream film, in contrast to the late Margot Kidder‘s role as Lois Lane in the 4 major Superman movies starring the late Christopher Reeve, which kept DC’s first leading lady a brunette. Speaking of which, as most purists know, Selina Kyle, the Catwoman, is usually a brunette back in the comics: 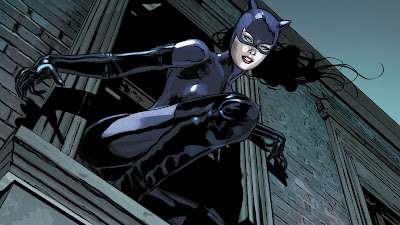 But when Batman Returns was produced in 1992, Burton cast blonde Michelle Pfeiffer in the role of the Feline Fatale: 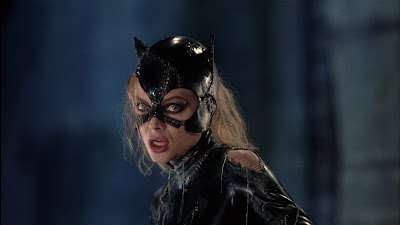 So it wasn’t just redheads at the time being hair color-swapped. It was also brunettes, if it matters.  Oddly enough, when Schumacher made Batman Forever in 1995, they actually created a character who was mostly redhead, Chase Meridian, played by blonde Nicole Kidman, who’d dyed her hair in a reddish shade during the mid-90s: 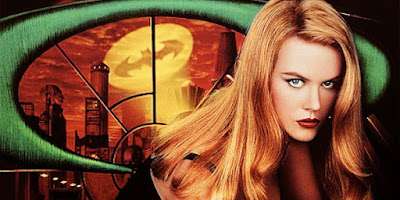 And nearly 2 decades later, DC assigned Marc Guggenheim to introduce a comics counterpart for the Meridian character in 2013: 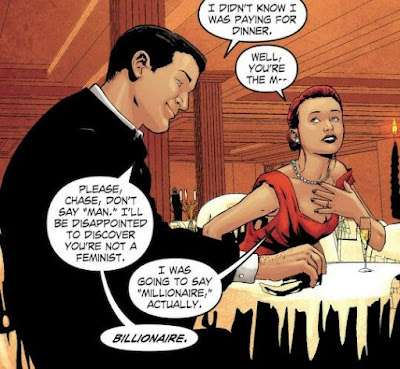 It’s pretty ironic when established characters are hair-color swapped while a new character gets to be the emphatic redhead. Yet at the time, this was how WB went about setting things up with live action. And there’s one more example crucial to cite here: Barbara Gordon, the original Batgirl from 1967: 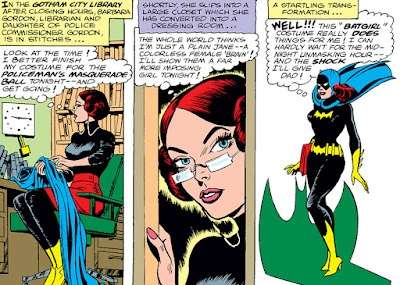 Only so many purists and historians know Babs is redheaded back in comicdom proper. Yet that too was changed when the least successful of the films at the time, Batman & Robin, was produced in 1997, casting Alicia Silverstone in the role: 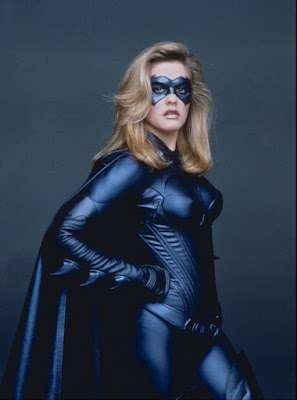 Again, instead of a redhead in the role, we once again have a blonde, in addition to the economy setup of changing Batgirl into the niece of Alfred Pennyworth. And guess which redheaded character got to retain this color in the film? 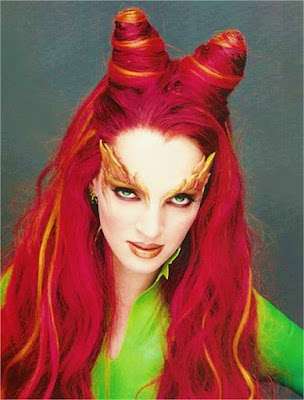 That’s right, the villainess Poison Ivy, played at the time by Uma Thurman. Interestingly, this was also before DC began depicting Pamela Isley as more lesbian in her relations with Harley Quinn in later years (though if memory serves, there was an episode of the Batman cartoon in the early 90s that served as an indirect precursor to what’s become more common of recent with both villainesses). Honestly, something’s not right when a villainess can retain a redheaded status, but not a heroine. Yet that pretty much sums up what went on with the casting and characterization in the 4 mainstream Batman movies of the past 3 decades, and in a way, it precedes more recent examples of redheads replaced with POC, along with original hair color.

I’ve assumed the reason there wasn’t much fuss back in the day over the loss of red hair was because the internet was hardly established at the time, and most purists didn’t want to make too much noise over “creative liberties”, which are okay in themselves, but not when it gets so out of hand as we see today. And who would’ve thought it could boomerang back and affect the comics, when you see how almost any character viewed as an easy target gets race/gender/sexual preference swapped? Now, it’s a lot more politicized than previous examples, and that’s why it’s very sad. I’m actually surprised that, when WB produced the live action Aquaman film, they kept red hair and white/caucasian background in place for Mera, but anyone familiar with the news of Amber Heard’s defamation of Johnny Depp (she too is actually blonde) could wonder if her casting had something to do with her regrettably terrible personality, which taints the movie at this point.

Certainly, it’s a shame redheads are being swapped out in favor of politicized agendas. But if the above are any significant clue, these changes had a predecessor in the 1989-97 Bat-movies, which haven’t aged well in the years since.