Battlestar Galactica’s Reboot was the forerunner of SJW Hollywood 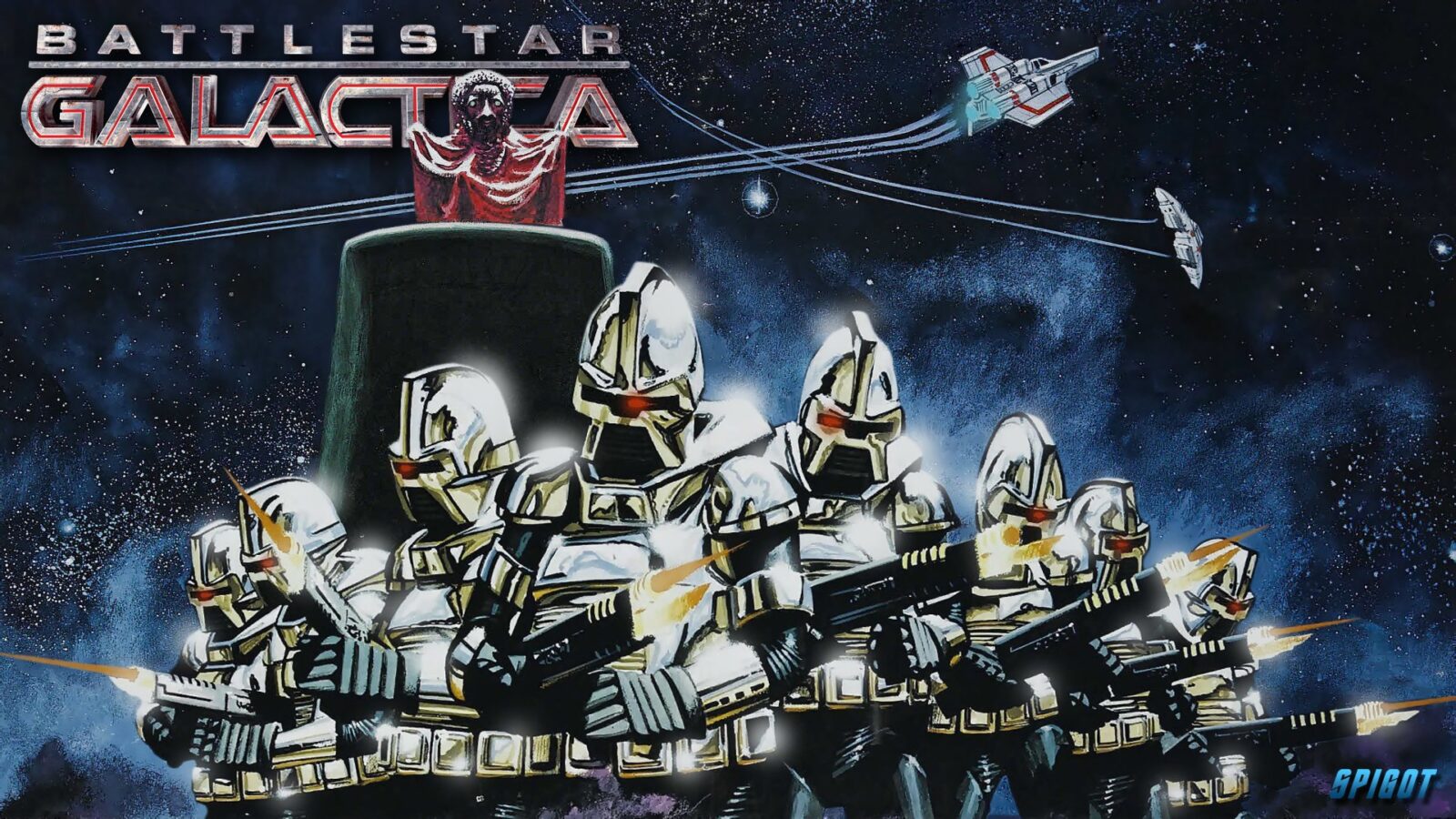 It’s funny to look back at things that seemed just pointless and stupid and then realize that while they were stupid, they actually had a point.

I’m specifically referring to the “reimagining” of Battlestar Galactica from 2004.

Those of a certain age will remember the monster hit of 1978 (featured in the glorious image above), a television juggernaut that drew an audience of – no kidding – 60 million viewers for its debut.

An accidental success (it was intended as a one-off miniseries) the show quickly figured out how to use its storyline, adopting a Star Trek-like plot structure where each episode offers a new planet, new situation and opportunities for featured guest stars.

Yes, it featured a lot of classic TV tropes, but that was part of its charm.  Having re-watched it several times, it holds up rather well.  One weakness is the special effects, which simply weren’t designed for high-definition viewing.

When the Sci-Fi Channel announced its “reimagining” in 2003, I was curious and tuned in.

Bring on the sex changes!

The primary reason the reboot sucked was that the creative team decided it actually hated the original show.  The plotline in the 1978 was that humanity had been treacherously attacked by the evil Cylons under the guise of peace talks.  The Pearl Harbor-like assault compels the survivors to flee to the only known human outpost in the galaxy, a mythical planet called Earth.

In the reboot, people are the bad guys and they pretty much stay that way.  The Cylon onslaught is really all our fault and anyway, who are we to judge?

That was bad enough, but the producers compounded their criminally bad plots by scrambling the sex and race of the primary characters.  Supposedly this was making the show more diverse, but it’s hard to see what was gained by transforming Col. Tigh from a dignified and capable black man (Terry Carter) to an alcoholic white one (Michael Hogan). 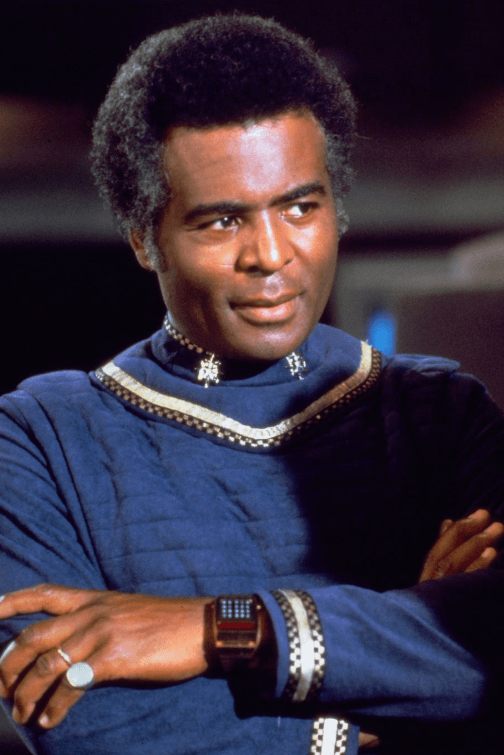 No gender-swap was more devastating than the feminization of Starbuck.  Dirk Benedict’s performance is a joy to watch and the role transformed his career.  His Starbuck – the real Starbuck – is a cigar-smoking cad, a braggart and a shirker who nevertheless fights like a lion when he has to. 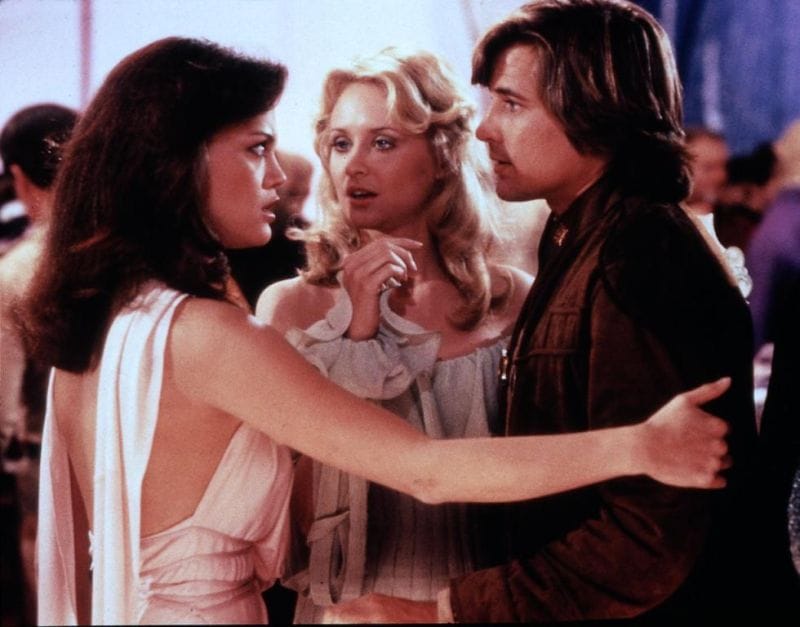 Starbuck is a necessary contrast to the painfully serious and conscientious Apollo (Richard Hatch), who carries the burden of losing his mother, younger brother and wife to the war.   His adopted son adds to the gravity of the show, but also gave kids (like me) a highly relatable character.

Taken together, the trio of Starbuck, Apollo and Boomer is a classic warrior brotherhood.

Naturally the SJWs had to destroy that, since they hate classically masculine men.  Starbuck became a white woman (Katee Sackoff) and Boomer (Herbert Jefferson, Jr., another black man erased from the show) became an Asian woman (Grace Park). 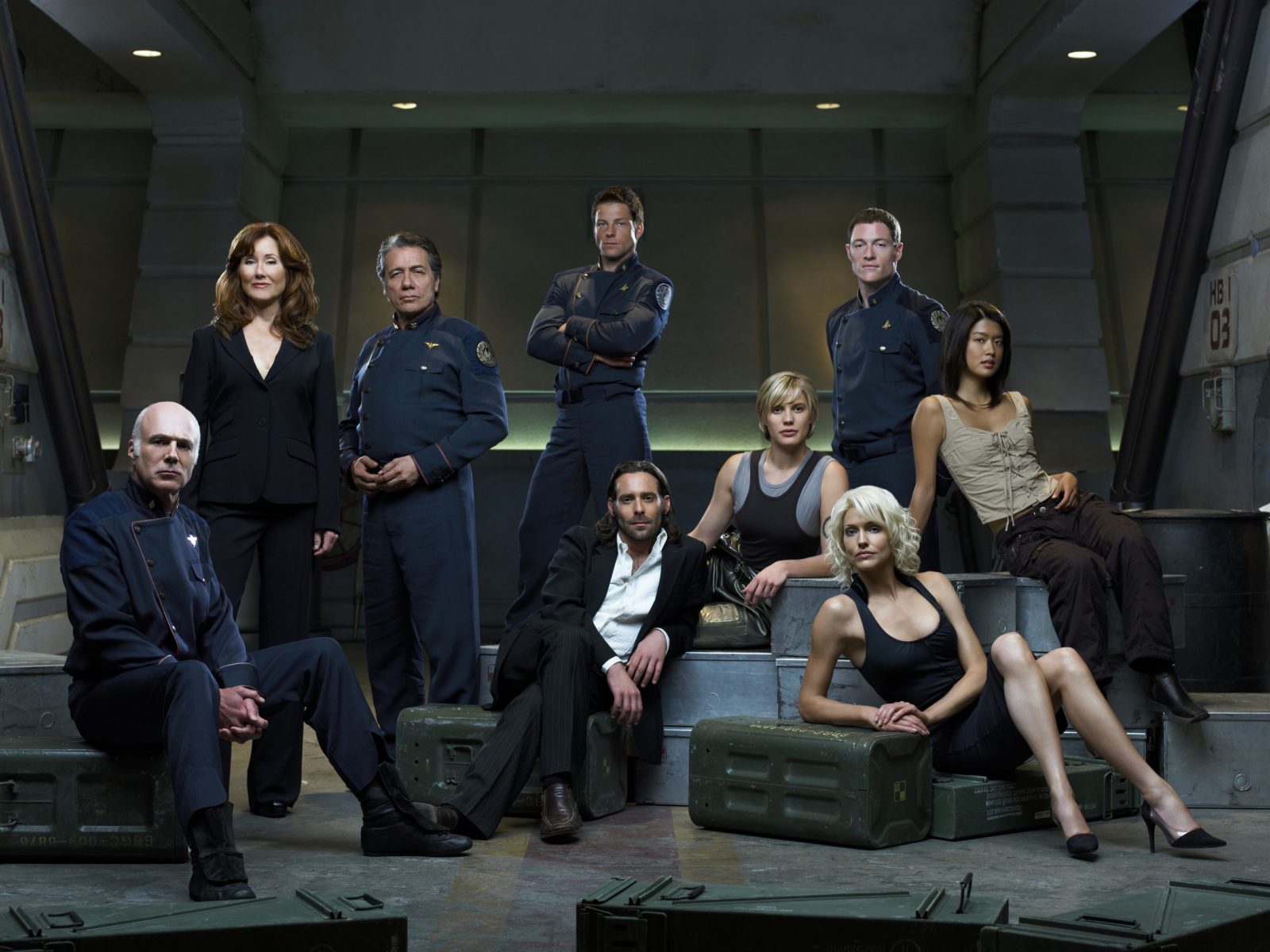 Wait a minute.  Did the “diverse reimagining” leave any prominent black cast members?  Not that I can see.  Hmmm.

The original version of Battlestar Galactica  was primarily an adventure show that featured some classic sci-fi concepts (fire in space, for example) but also a number of moral themes.  A special emphasis was placed on the ties of family and friendship, which makes sense given that humanity is on the brink of extinction.

Thus, the arch-villain of the show is a man who betrays his people, Count Baltar (played by a deliciously evil John Colicos).

By contrast, the rebooted vision has Dr. Gaius Baltar (James Callis), who seems to be a complete dope entirely ruled by his hot Cylon girlfriend.

The focus of the reboot was a swirling set of intrigues, by people who actively dislike each other.  There is zero sense of military professionalism or camaraderie on the later Galactica, only a collection of derelicts vying for power and having clandestine affairs.

Part of the paranoia is the knowledge that Cylons have not only learned to infiltrate human society, their agents don’t even know they’re Cylons!  As the show bogged down into a tiresome and heavy-handed allegory of the Iraq War, the writers increasingly turned to “guess who’s not really human” plot lines.  It created a momentary sense of tension, but ultimately destroyed a great deal of character development in the process.

It speaks volumes that my wife – who was a fan of the reboot when it aired – now condemns it as unwatchable.   Who wants to revisit the debate over Iraq or get engrossed in a character that you already know is living a fake life?

The reboot was considered a hit in its day, racking up numerous politically correct awards and getting fawning reviews by leftist critics.

In the marketplace, however, it was generally a non-event.  Partly this was a function of the fragmentation of the television audience, but the rebooted Battlestar Galactica specifically was designed to exclude male viewers who wanted some apolitical action-based entertainment.

This approach has been repeated in subsequent reboots like the Lady Ghostbusters, soy-based Star Wars, frowny Captain Marvel and now The Terminatrix. 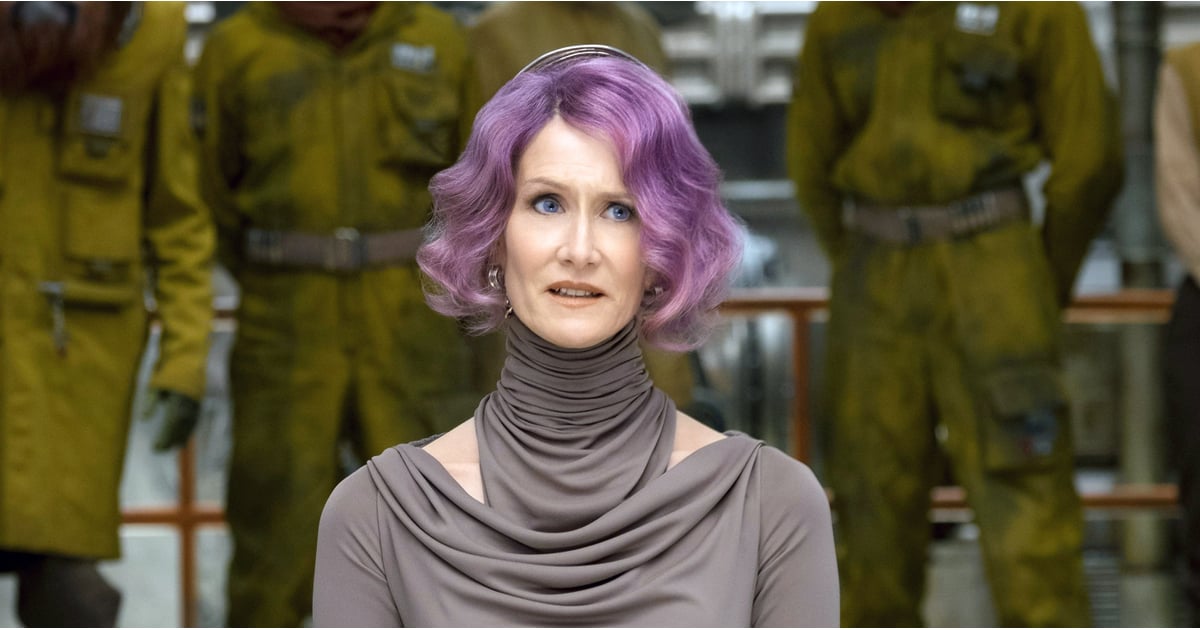 In my previous column, I noted that the Rollerball future is already here.  Maybe the intent of the tech overlords is not just to trash the classics, but instead vanish the originals and leave these blighted substitutes in their place.

Because they are sure aren’t doing this to make money.