Barbarella’s Psychedelia and All Those Failed Reboot Attempts 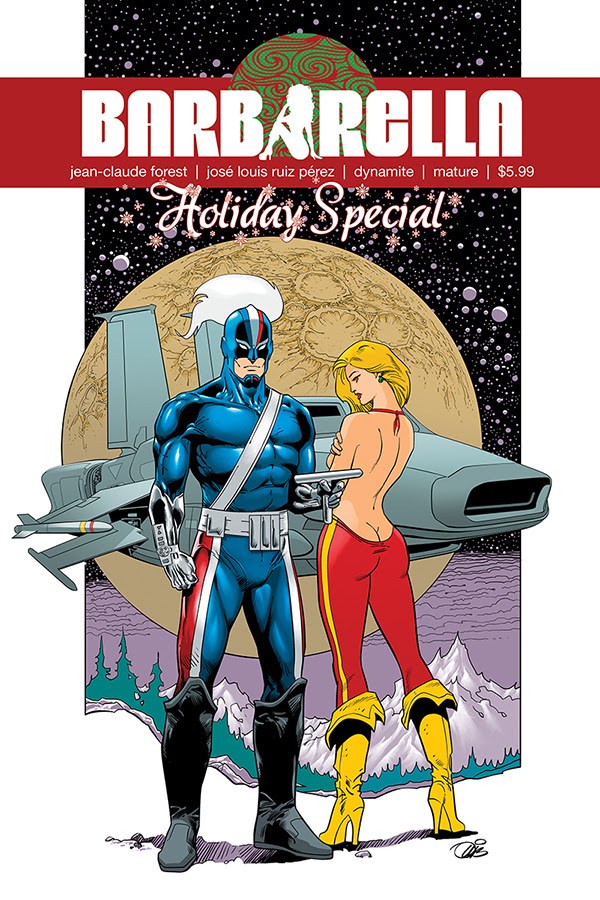 Jean-Claude Forest’s mildly titillating sci-fi comic strip Barbarella was made into a movie in 1968 by director Roger Vadim (And God Created Woman), starring his then wife Jane Fonda. Whilst no-one has ever claimed that Vadim’s Barbarella is a classic, it’s something of a cult favourite, with a superb title sequence and a host of then ‘in’ names in the cast, including David Hemmings, John Philip Law, Ugo Tognazzi, Milo O’Shea (whose character name of Durand Durand was semi-pilfered by 80s band Duran Duran), Anita Pallenberg and tiresome French mime artist Marcel Marceau.

O’Shea presumably got a nice payday when he reprised the role in Duran Duran’s concert film Arena (An Absurd Notion):

The sets and costume design are wonderfully kitsch, reflecting the look of Forest’s comic books.  Jean-Paul Gaultier admitted the influence Barbarella had on his costuming for The Fifth Element (1997). The plot? Well, it’s not exactly War & Peace, but what do you expect? It ticks over nicely enough, and Fonda never looked better, despite apparently not having much fun making the picture (and passing on the role of Bonnie in Bonnie & Clyde to do it).

Inevitably there’s been talks of re-makes over the years. In 2009, Robert Rodriguez director expressed interest in developing a re-boot, with Rose McGowan as Barbarella. Dino and Martha De Laurentis signed on Bond/Johnny English hacks Purvis & Wade as writers, so it would probably have stunk to high heaven, but fortunately never got off the ground. The following year Anne Hathaway was in in the frame for the lead role, but thankfully that particular bullet was also dodged. 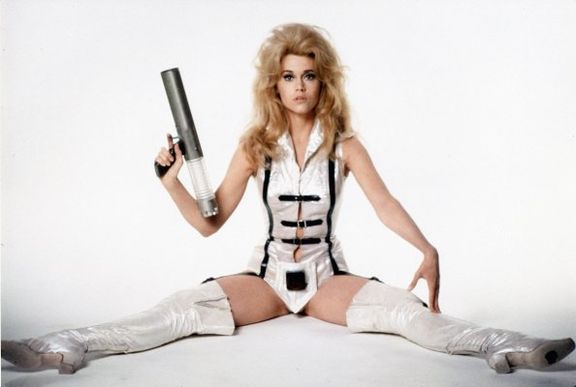 Moving forward to 2012-14, pretentious Danish bore Nicolas Winding Refn (Drive/Neon Demon) was looking to either direct a movie or produce a series based on the character, but that again failed to come off. And the world again breathed a collective sigh of relief. Mad Men’s Christina Hendricks was in Refn’s sights as Barbs, which I suppose beats fellow MM alum, the notoriously wooden January Jones as a choice…

The wretched duo of Purvis & Wade were still apparently involved, which probably proves, that in the advent of the Apocalypse, like cockroaches they’ll still be around – yea even until The End of Days… I doubt that this will be the last we hear of a rebooted Barbarella, as the prospect of a money-spinning sexy space movie/TV franchise is probably too tempting for producers not to try. 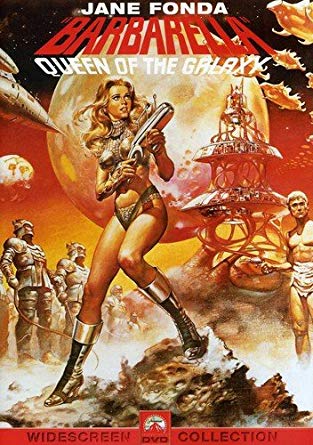 FUN FACT: Barbarella (along with Danger: Diabolik) inspired the ‘film within a film’ in Roman Coppola’s CQ (2001):