Variety is reporting that Regal, the second-largest U.S. movie theater chain, is closing its theaters two months after reopening. It’s a decision, made in response to the delay of No Time to Die, that underscores the immense fallout surrounding the fact that moviegoing just isn’t a popular activity during a pandemic.

For now, it’s unclear if other major operations like AMC Theatres or Cinemark will follow suit. Cineworld, Regal’s parent company, is also shuttering locations in the U.K. Independently owned and operated theaters, many of which are in small towns across the country, have been feeling the pressure for some time now, with many concerned about their chances for survival in a world without exciting new movies to offer. Many have scaled back hours and limited the number of days they are open. Others, like Regal, opted to close back down entirely, surmising that they will lose less money with the lights off than they would with only a scant amount of patrons.

Rolando Rodriguez, president and CEO of Marcus Theaters, says he understands why Bond’s backers decided to postpone 007’s latest mission into 2021. Still, he called the news “challenging.” Even before the delay was announced, he had to close down 17 venues that had reopened. Marcus Theaters — with cinemas in Arkansas, Colorado, Georgia, New York, Pennsylvania and 12 other states — has 51 locations still open, but they are operating with reduced hours and less screen times.

The issue is something of a chicken and egg situation. Studios are hesitant to theatrically release films, especially those they have paid hundreds of millions to make and market, if people aren’t willing to go to the movies. However, movie theaters can’t sustain business without new products to offer customers. The situation is already critical, but exhibitors are warning that if these conditions continue, they might not survive without government assistance. Leaders of the nation’s movie theater businesses are calling on Washington for help. They issued a letter last week, cautioning that nearly 70% of “small and mid-sized movie theater companies will be forced to file for bankruptcy or to close permanently” without help.

“We desperately need some government funding to help us. We need a second round of stimulus,” said Dale Coleman, who runs shop at Stone Theaters. “There’s a time when we’re going to run out of resources and won’t be able to reopen. That’s about as blunt as I can put it. I don’t think that just applies to Stone Theaters. It applies to many exhibitors.”

Meanwhile, China’s box office is booming, and John Nolte thinks something may be afoot.

Never before has this country locked down and quarantined the healthy. This is outrageous. We’ve had much worse pandemics in the past. We lived through the everyday pandemics of smallpox and polio without shuttering the healthy, destroying lives, businesses, and industries like the movies… But look at us now…

Cowering while China — the bastards who started it — romp all over us and go on with their lives.

In my county here in North Carolina, and the five surrounding counties, we’ve had fewer than 75 coronavirus deaths and around 5,000 reported cases. That’s it. But the movie theaters are all closed.

What the hell is going on?

Want to know what I think?

Just one man’s opinion, but I smell a rat…

When this weekend’s Saturday Night Live broadcast is allowed to have a live audience in New York City and movie theaters are still closed in New York City, I smell a rat, and this is the rat I smell…

A federal judge recently overturned the 1948 Depart of Justice ruling that destroyed the old Hollywood Studio System,  that forced the studios to sell their movie theaters. Studios could no longer own the means of production and exhibition, and the  Studio System that created a great American art form was lost forever.

Well, what’s known as the Paramount Decrees is no more. As of last year, movie studios are once again allowed to own movie theaters, and since most movie studios are owned by mammoth multinational corporations, well… You see what I’m getting at?

Democrat governors in New York, California, North Carolina and elsewhere have singled movie theaters out for closure, and now the theater owner go out of business, and now the multinationals might be able scoop them up for a song, and now we have a half-dozen or so multinational corporations that not only own the production of movies, they also decide what will and will not be exhibited. 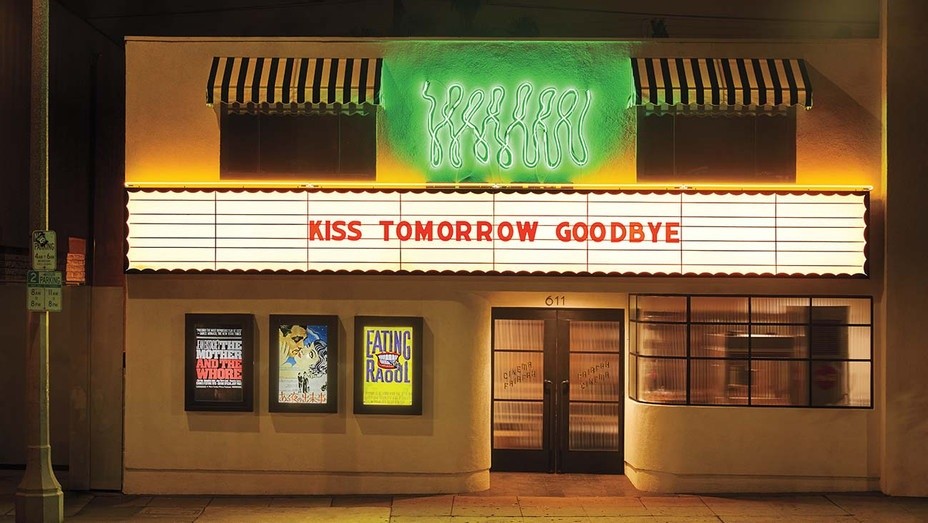