The Texarkana Gazette interviewed veteran artist Michael Golden at a store book signing, who had some most interesting points to make about past and present conduct of the Big Two:

Golden acknowledges the comic scene has changed a lot since he started.

“Technology has brought some of the greatest changes,” he said. “It used to be, if you wanted to be in comic books, you had to go to New York City, where the publishing offices of both Marvel and DC Comics were located at the time. They were the gatekeepers. Independent books did exist even then, but the way was much harder. Now, anyone anywhere can get their start, relatively inexpensively. There’s a lot more players out there, but there is much more opportunity.”

Golden acknowledges that “The Big Two” in comics have made decisions that might not have been the best for the iconic properties they own. But part of that is times changing; as mythological figures change hands, so does the perception of them and how stories are told about them. But he also said the market does play a factor.

He acknowledges the Big Two, if anybody, acted as gatekeepers in the past. And in many ways, they still are, only now, independent publishers can prove just as bad, when it comes to right-wingers, for example. Unfortunately, how the figures in focus change hands so far is not working well in terms of perception. If the story in a mainstream production is bad, nobody seeking talented creation will buy and read them. 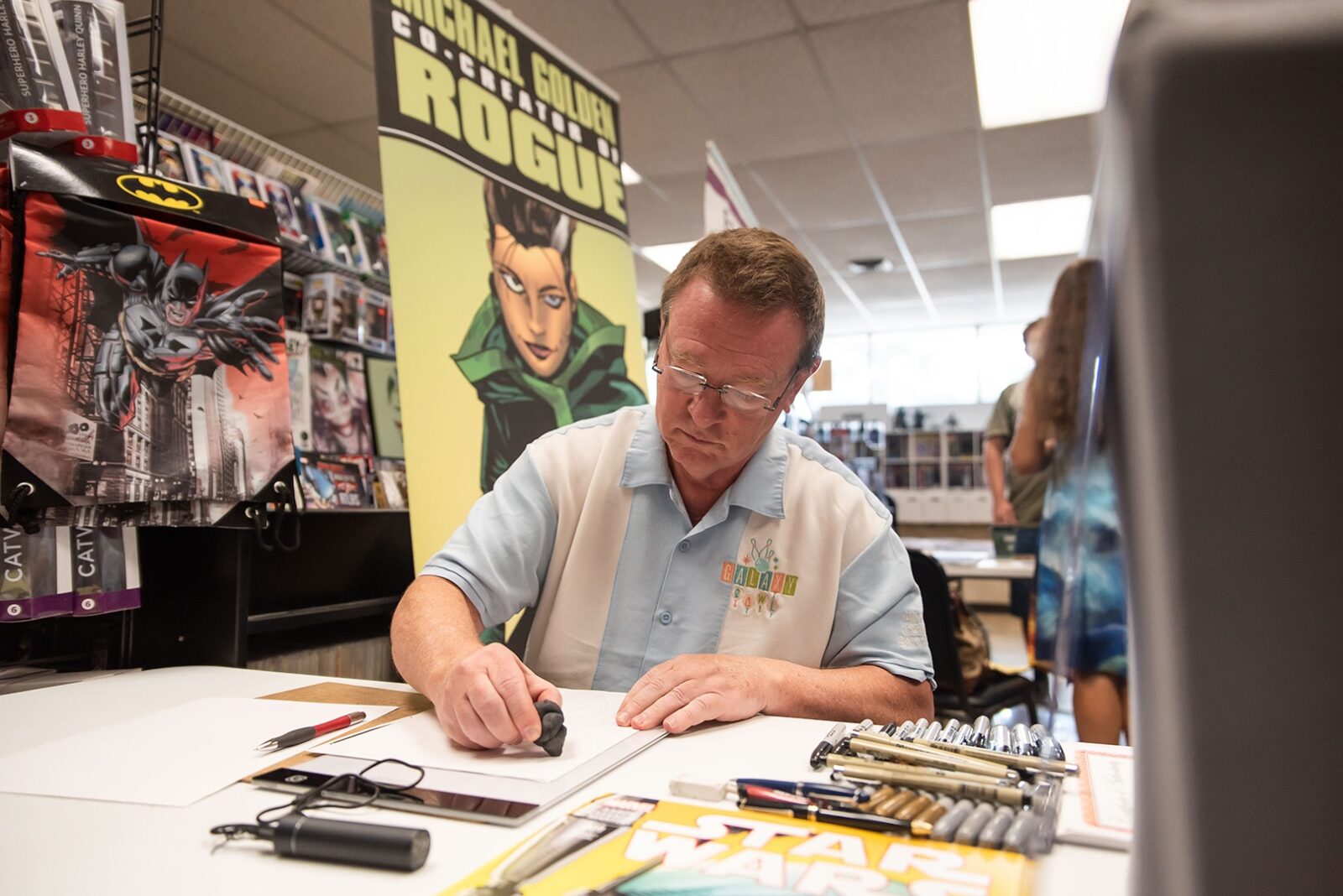 “Whatever you think of the product Marvel and DC are producing now, they still are places a new comics creator can learn the basics of the trade,” he said. “It is like going to work for McDonald’s or Burger King. That may not be the most creative environment and may not be where you ultimately want to go in that business. But as far as learning the basics of the craft and the business, it is good training. As for the creative decisions being made now among the big players, the market ultimately will show the way, as the customer will always let everyone know eventually. The modern comics world is a bit of a Wild West. That’s the future I see. Get out there; the opportunities are endless.”

I would firmly disagree here. What if they sabotage your script or artwork over phony, petty issues pertaining to SJW mentality and politics? The whole notion you have to go learn the trade styles foremost with Marvel/DC is ridiculous. While it’s not like Dark Horse hasn’t made mistakes in their own way, what if they could still prove just as good a place for learning the basics? Or Aspen? Or, maybe best of all, an art school? Indeed, why doesn’t anybody consider that a school dedicated to illustration could be a good, if not perfect, place to study professional approaches to the art forms? That’s one more reason why you should be wary, under the current situation, of going to work first at the Big Two, because they could make a mess of what you’d really like to do if you’re talented, while granting favoratism to less talented artists instead.

Golden’s a talented artist, and I own at least a few items he’d worked on in the past (issues of Avengers and Dr. Strange, for example), but he’s another veteran who’d do well to take a closer look under a magnifying glass at what kind of embarrassments the Big Two have really become, right down to petty politics, and learn why, unless there’s a serious change in ownership and management, they’re not good places for an aspiring creator to get a start. Besides, many creators have to begin in the independents today, ironically enough, for the Big Two to even consider giving them jobs.