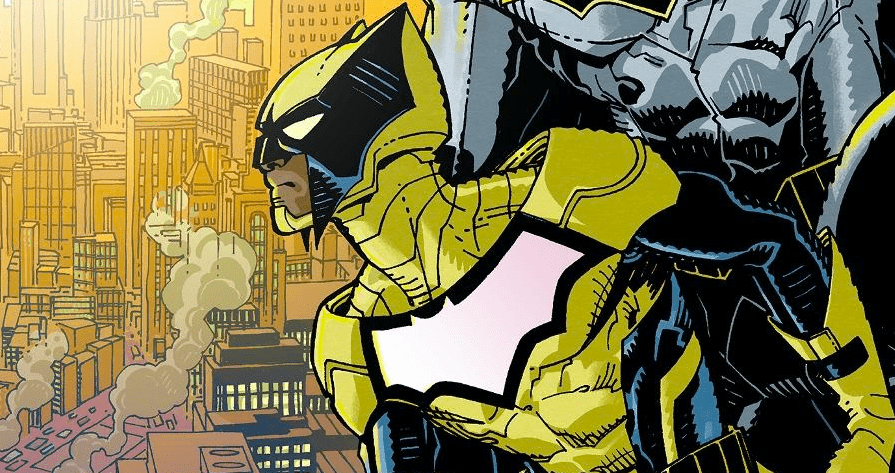 Alabama Live interviewed artist Hamner, and wouldn’t you know it, he’s another somebody who thinks Batman makes a far better choice than Superman:

Batman is a loner, and as an ‘80s latchkey kid Cully Hamner related to that.

“I would be alone for a few hours every day after school, and that’s partially why I read a lot of comics,” Hamner says. “That’s why characters like Batman are attractive to me. It’s obviously an action-oriented character, but he’s got a real interior sense about him that a lot of characters don’t.”

Other things drew him to Batman too. Unlike many other superheroes, Batman didn’t actually wield superpowers, but got-by on smarts, skills and gadgetry. And the dark brooding atmosphere, in ‘80s masterworks like “The Dark Knight Returns” and “The Killing Joke,” was seductively immersive.

I’m not impressed. There’s other characters who could be portrayed as loners, worked alone, and had good levels of intellect, yet only Batman’s got the qualifications needed? Please. I’m tired of all these news sources lecturing everybody how Batman’s the only DC creation worth the effort, which additionally risks minimizing science fiction as a genre in the process. 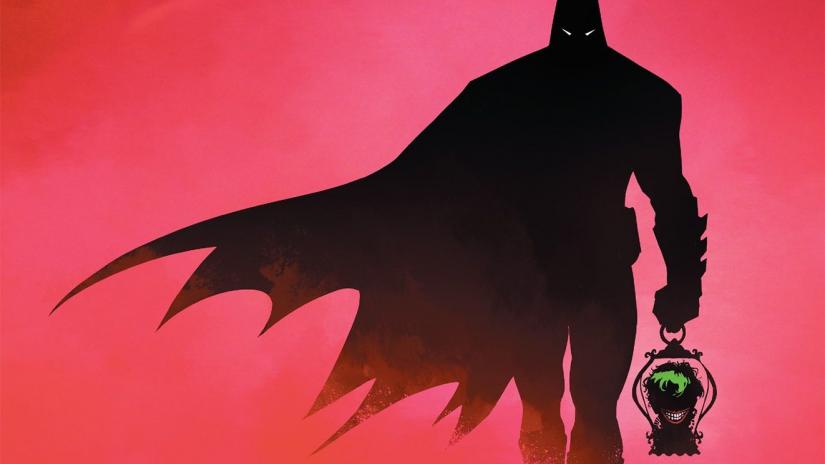 The interview continues to tell how Hamner was one of the architects for the pedestrian New 52 reboot, which lasted 5 years at best:

Redesigns of classic characters keep comic books from becoming formaldehyde. But they can be susceptible to fanboys’ social-media death-rays. Around 2011, Hamner helped lead the extensive “New 52,” a massive DC Universe redesign that included a 20-something Superman with a tousled ‘do instead of that trademark helmet-hair and S-curl.

The initiative was driven by concerns DC’s audience was shrinking into an aging collector’s market rather than attracting new readers. “There was a feeling,” Hamner says, “that we had to make these characters appeal to younger readers, which is what they originally were intended to do.”

The plan worked, not only goosing DC sales but other publishers’ too, Hamner says. (More DC fans in comic-book stores also meant more impulse buys of other titles.)

Considering they’ve since returned to the previous continuity, with some parts jettisoned, the news site’s merely produced more hilarity for anybody in the know, given that any initial “success” was short-lived. Because what huge sum of younger readers did they actually draw in by the end? Very few. It wouldn’t have made much difference if they’d borrowed a page from Marvel’s Ultimate line, since that didn’t retain any new readership for long. One of the problems, I’d argue, is that shock value and cheap sensationalism tainted its edge. DC under Dan DiDio did no better. And changing the costumes of the Justice League to look more like toy action figures (eg-removing Superman’s red tights) does not a merit-based story make.

“But at the time,” Hamner says of the New 52 rollout, “there was a bit of pressure on it. Because this was seen as a replacement for the older versions of the characters, which is something that happens every 10 or 15 years with DC or Marvel of any of these big companies. It’s a matter of degrees.”

He feels DC has continued to do a good job connecting with younger readers. And of balancing updates, like writer Tom Taylor’s “‘Superman: Son of Kal-El” with Clark Kent and Lois Lane’s son Jon Kent taking over the red cape, with traditional storylines.

It’s a matter of political correctness. Again, that’s why they’re failing to find those new younger readers whom Hamner pretends are actually there, despite all the dismal sales numbers. It could probably explain why ICV2, which used to provide exact figures for how many copies were sold and distributed to stores, no longer seems to do that now, and if they do, it’s restricted to their paid registration options. Indeed, why do they now want everybody to pay for readouts of sales figures, assuming they still provide them? I don’t see the logic here.

Related: DC Queering Superman Next? Why All DC Comics Superheroes are Gay

Oh, and lest we forget, if DC intends to change the new son of Superman, Jon Kent, to a gay protagonist, as now looks sadly confirmed, that’s even worse than replacing Kal-El as the main Man of Steel. Besides pushing ideology and agenda, it also reeks of economy steps. And, it’s offensive to the memory of Jerry Siegel and Joe Shuster. But don’t expect leftists like Hamner to admit it. He’s too busy celebrating one of the wokeness-influenced creations he worked on:

In his early 20s, Hamner left Huntsville for Atlanta where he joined up with Gaijin Studios, an alliance of rising freelance artists. Around 2006, he co-created DC character Jaime Reyes, who assumes the rebooted Blue Beetle identity, with armor and powers derived from an ancient Egyptian scarab. The character became a member of iconic superhero teams Justice League and Teen Titans.

Recently, HBO Max announced “Cobra Kai” star Xolo Maridueña will play the Blue Beetle in a film, as part of the DC Extended Universe. The resemblance between Maridueña and Hamner’s original 2006 design for Reyes is truly striking. “You really can’t get a better match than that,” Hamner posted on his Twitter account, after the announcement. 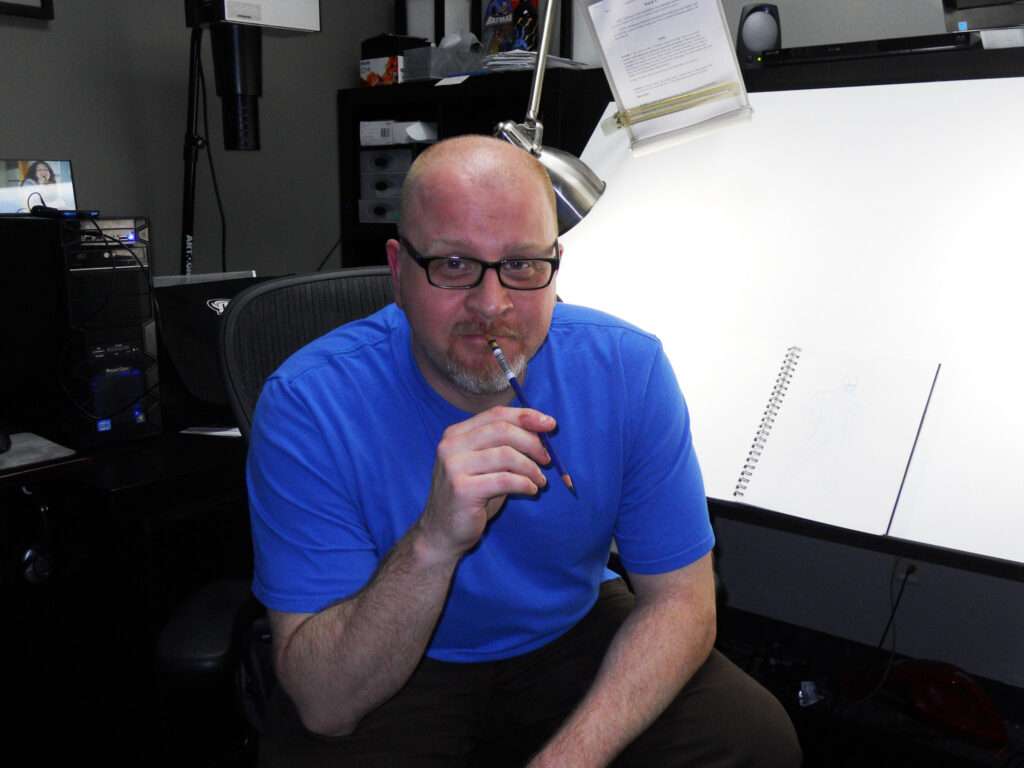 As this confirms, he never saw anything wrong with the Countdown storyline where Max Lord murdered Ted Kord. All this just so they could replace the latter with a SJW-pandering creation.

Hamner and “Red” writer/cocreator Warren Ellis first met online when Willis was looking for artists to work with. They discussed working together on a title called, Hamner thinks, “Magic Bullets,” but that never materialized. Hamner was wondering if they were ever going to collaborate. He sent Ellis, who resided in England, an email asking as much. Five minutes later Ellis sent him the pitch for “Red.”

I wonder what Hamner thinks now that Ellis has been mostly thrown under the bus by the same leftist crowds he influenced, because he led affairs with a few dozen women, and apparently treated them like dirt, refusing to fulfill the requests of a few to help them get into the business? Even if Ellis does find a publisher for his graphic novel Fell, it won’t be easy to continue publication in an industry that’s now otherwise shunning him, which’ll make it difficult to develop any more sequels to Red, if he and Hamner are thinking of it.

There are key difference to drawing comic book covers and interior panels. With interiors, artists have the ability to relate separate images to each other and give a story the illusion of forward motion. On covers, the artist weaves multiple elements into one image that will magnetize eyes. Sometimes a cover image, or coverage, is meant to ask a question. Other times, it’s meant to piss fans off. Anything to get them to pick up that book.

I’m not sure how pissing off fans guarantees they’ll buy a book. Again, as noted above, it turns out DC really does look to be forcibly turning a Superman protagonist homosexual, all for 15 minutes of fame, and that’s not something a sane Super-fan wants to finance. I wouldn’t be shocked if Brian Bendis is laughing out of the other side of his face; he basically set up this whole direction by depicting the real Supes shedding his secret identity.

And Hamner pretty much serves as an apologist for much of this modern fiasco, which he played a part in precipitating years before.