Artist Alex Ross Accuses DC Comics of Ripping Him Off

Geek Culture picked up on a podcast interview veteran artist Ross did where he’s furious at DC for borrowing ideas he’d used in the otherwise overrated Kingdom Come without thanking or crediting him:

Well, the thing is they were borrowing my Superman costume but it was only to get [Brandon Routh] in as his version of Superman, and the truth of the matter was they must not have been able or willing to do a deal based upon the production he was part of with Bryan Singer. Presumably that they didn’t want to have to pay out to them.

So instead I got screwed. They didn’t pay me or Mark [Waid] anything for using our [designs]… I don’t see any money for [Wonder Woman 1984] using my armour. Hell, I designed Batwoman for heaven’s sakes, and she’s got a whole damn show.

Much as I’m far more galled at Waid for all the trouble he’s caused over the past decade or so, of course it’s troubling if DC takes this path of dumping on ANY of their various creators under the bus. But it’s not all that new, seeing how much stuff there is from decades past that goes all but minus reprint archives, even long after the original scribes are gone. 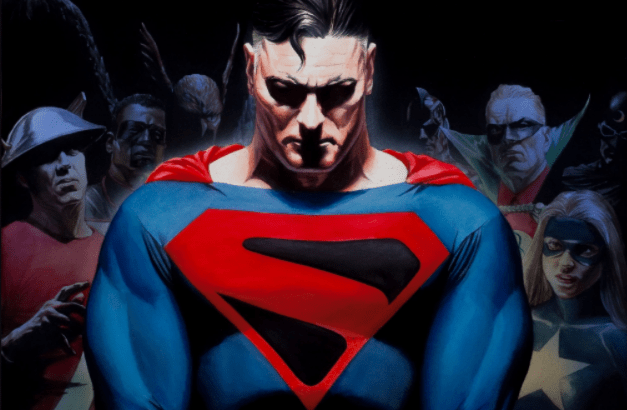 But you know these are some the issues that I have with not working with Warner Bros. anymore. They can recycle my content [that] they used to pay [for]. And I’m not kidding — they paid a year ago for different things that were kind of “discretionary bonuses” is how they called it, where they give you a gift of money, so that you’re not out there effectively complaining like I’m doing right now, saying “I got taken advantage of.”

Basically, in a buildup of a lot of projects over time, particularly peaking last year with the Crisis thing, there was a lot of stuff of mine that was getting (on TV) physically. And of course, the interpretation Mark and I did of the broken Batman we now saw portrayed by Kevin Conroy… and every fan knows where that was coming from. But we got no love from the corporation, and I have to feel, it probably revolves around the new ownership. He’s probably cut the budget of any kind of discretionary money given, so it’s a really rotten thing.

Personally, I feel it’s a terrible thing both DC and Marvel are owned by corporations these days, because look where it’s led to: tons of soulless entertainment building off of many artists’ work without saying thank you. This is what almost happened with Jerry Siegel and Joe Shuster at least 45 years ago when they learned of plans to develop Superman into a movie, and a stark difference is that then, thanks to the publicity campaign they were able to run with backing by several artists, they were able to get the credit and recognition they deserved, one of the reasons why, since the mid-1970s, their names usually appeared as creators of Superman on the comic series published. But today’s scribes, no matter their reputation, almost never get that kind of support, and I suspect that if Siegel/Shuster were around today, they’d be less lucky.

But while I may understand Ross’ disappointment, it’s still hard to care about Kingdom Come, based on the vision it encapsulated, one which I feel was detrimental to the DCU in the long run, and it’s hard to feel too sorry for Waid, after all the trouble he caused, at least until a year or so ago, when he went and sabotaged a graphic novelist’s contract. His overt political leanings, at least until recent, were another serious letdown. To be fair, he does seem to have avoided politics since. But it doesn’t look like he’s learned his lesson by a longshot, and there’s people out there much less forgiving who’ll have a hard time embracing his work going forward.
Still, this is bound to serve as an example for why creator-owned comics will become more common in the future, as the Big Two look ready for collapse. It may be difficult for now, but if, in the future, it’s possible for a smaller publisher to take up ownership of the Big 2, that’s surely the only way to ensure they’ll become palatable again one day. Kingdom Come, however, isn’t a vision that’ll guarantee that.
Originally published here.

Flopyear: Disney Has Become It's Own Worst Enemy
Will Titan Comics Avoid Marvel's Recent Mistakes with Conan?
One of the Last of His Kind: A Look Back at Comics Artist Tim Sale
Batman Films Ranked: #1 ‘Batman: Mask of the Phantasm’ (1993)
Winnie the Pooh & Piglet to Be Featured in a Bloody Horror Thriller
Better Than Ezra: Warner Bros. Begins Distancing from Flash Actor
Social Justice Minded Creator Praises the "Power of Comics"